The U.S. just cut a plea deal with ‘the most violent and significant Colombian narcotics trafficker since Pablo Escobar’ 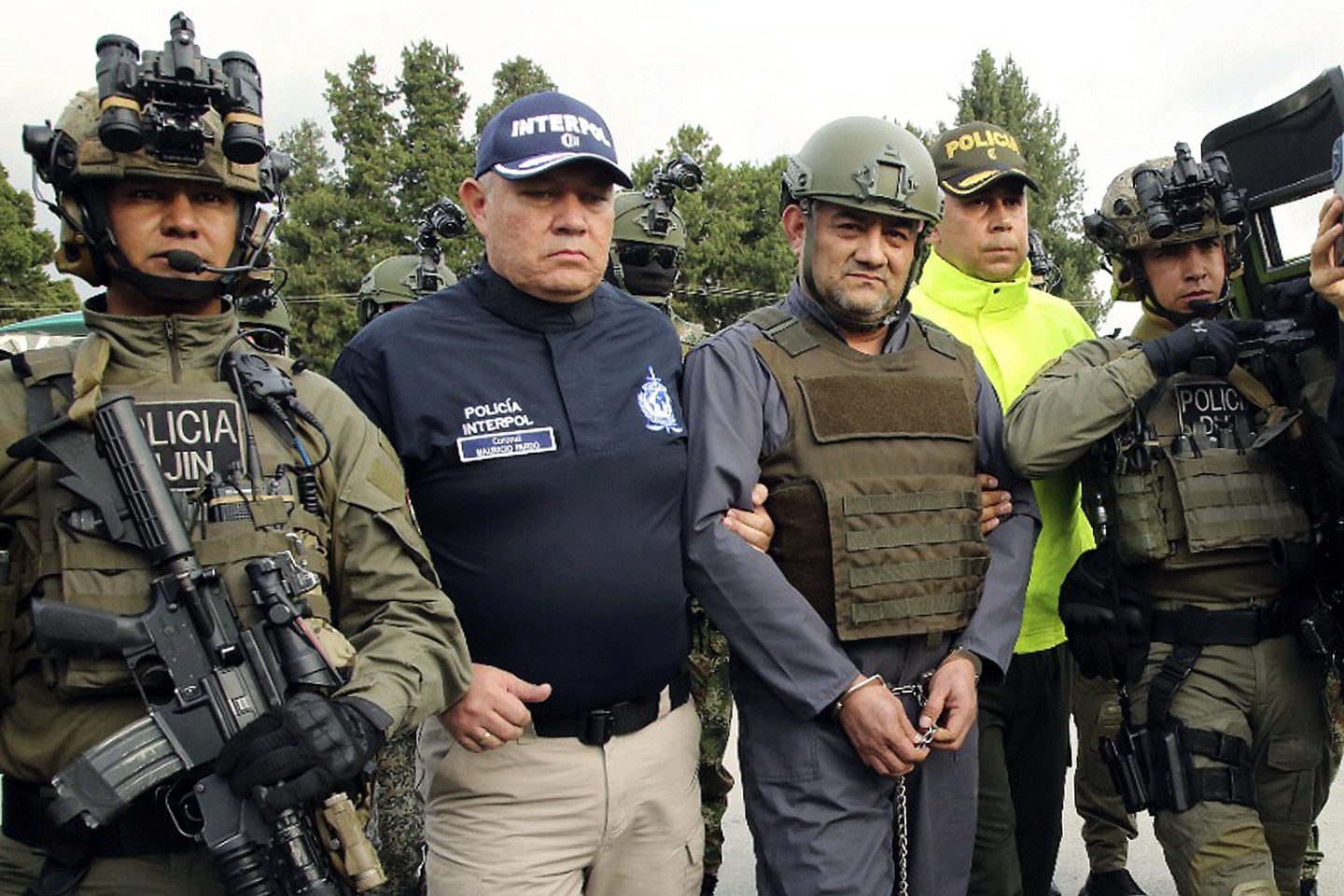 A Colombian man who was once one of the world’s most-wanted drug lords pleaded guilty Wednesday to U.S. smuggling charges, admitting that he led a cartel and paramilitary group that trafficked in cocaine and deadly violence.

“Tons of cocaine were moved with my permission or at my direction,” Dairo Antonio Úsuga, better known as Otoniel, told a Brooklyn federal court.

“There was a lot of violence with the guerillas and the criminal gangs,” he added, and acknowledged that “in military work, homicides were committed.”

Úsuga, 51, will face at least 20 years in prison when sentenced, prosecutors said. But the U.S. government agreed not to seek a life sentence in order to secure his extradition from Colombia last year, according to U.S. District Judge Dora Irizarry.

As part of his plea deal, he agreed to forfeit $216 million.

Úsuga presided over the Gulf Clan, which terrorized much of northern Colombia to control major cocaine-smuggling routes. U.S. authorities have called him one of the most dangerous drug traffickers on the planet, and he was Colombia’s most-wantedkingpin.

“With today’s guilty plea, the bloody reign of the most violent and significant Colombian narcotics trafficker since Pablo Escobar is over,” Brooklyn U.S. Attorney Breon Peace said in a statement.

Defense lawyer Paul Nalven said Úsuga was “very remorseful” and portrayed him as “a child of the cycle of violence” that has wracked Colombia throughout his life. Úsuga, who has a fourth-grade education, was dragooned into guerrilla warfare at age 16, the attorney said.

After his arrest, Úsuga asked his cartel to stop attacking police, and he’s hoping something fruitful comes of the six-month cease-fire that recently took effect between President Gustavo Petro’s administration and five armed groups, including the Gulf Clan, in hopes of fostering a lasting peace.

“He’d like to see a better Colombia,” Nalven said.

The Gulf Clan, also known as the Gaitanist Self Defense Forces of Colombia, has thousands of military-garbed members who battle rival gangs, paramilitary groups, and Colombian authorities in order to keep a bloody hold on its turf near the Panama border, prosecutors said. Cocaine smuggling pays for it all — including, Úsuga admitted, through “taxes” that the group has charged on any cocaine produced, stored or transported through its territory.

Úsuga ordered the killing and torture of perceived enemies, offered bounties for slaying police and soldiers, and directed campaigns to go after them with military-grade weapons, according to prosecutors. He flexed his power by declaring a “strike” that shut down businesses and forced people to stay home — on pain of death — for days in the cartel’s turf, prosecutors said.

Úsuga was named in a series of U.S. indictments going back to 2009. The U.S. Drug Enforcement Administration offered a $5 million reward for information leading to his arrest, and the Colombian government offered $800,000. Over the years, Colombian authorities arrested or killed hundreds of cartel members, deployed over 1,000 police officers to hunt for the kingpin and publicized the U.S. reward by dropping flyers out of helicopters.

But Úsuga eluded capture until 2021 through a combination of corruption, connections to both left- and right-wing combatants in his country’s internal conflict — he’d been part of groups on both sides — and living off the grid in the countryside. He purportedly used a different safe house every night.

When he was apprehended, former Colombian President Iván Duque said Úsuga was “not only the most dangerous drug trafficker in the world, but he is murderer of social leaders, abuser of boys, girls and adolescents, a murderer of policemen.”

Úsuga was extradited to the U.S. this past May. He pleaded guilty Wednesday to leading a continuing criminal enterprise and various drug trafficking charges that involve nearly 97,000 kg (107 tons) of cocaine that was ultimately bound for the U.S.