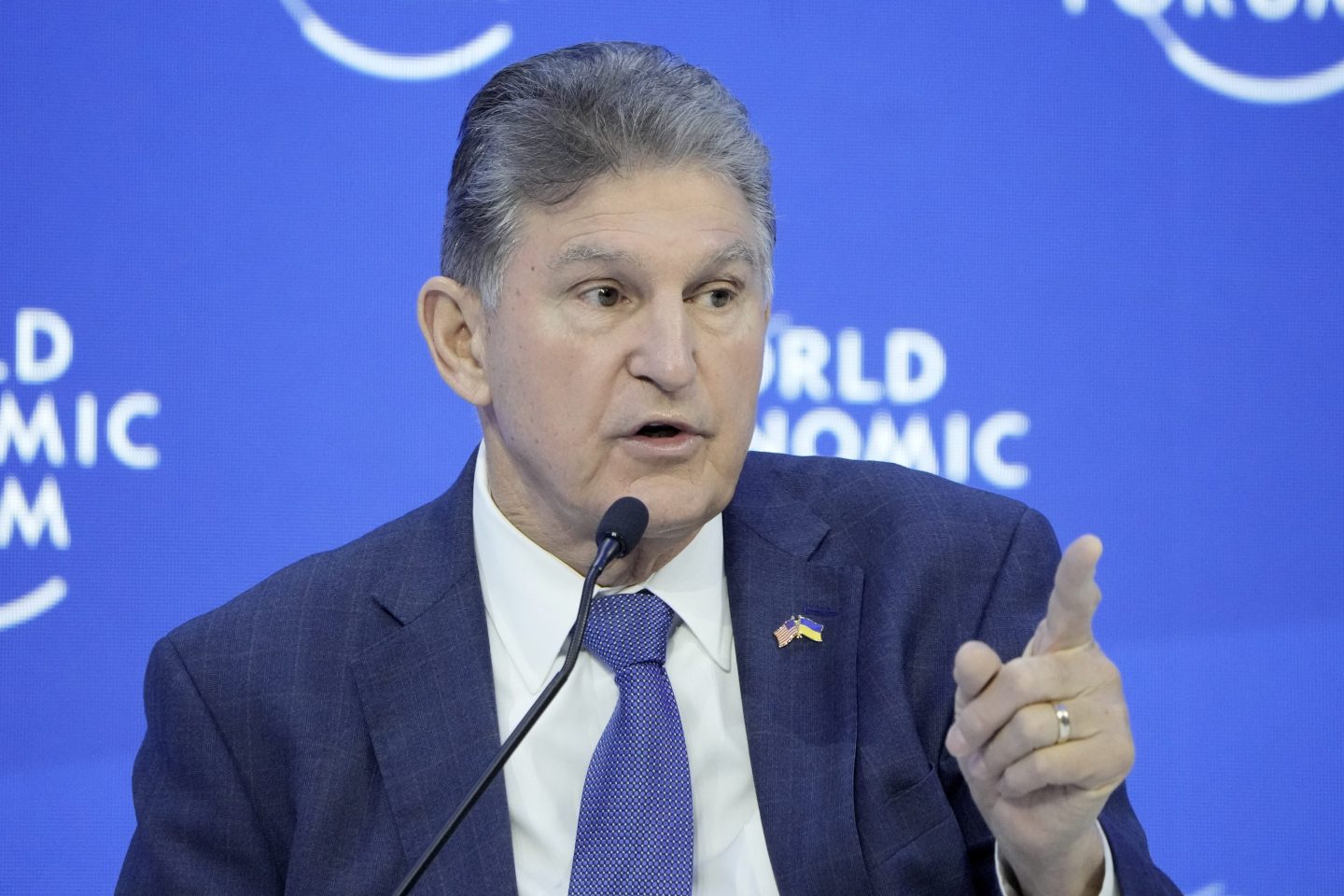 Manchin said guidelines issued by the Treasury Department allow manufacturers in Europe and other countries to bypass requirements that significant portions of EV batteries be produced in North America.

The climate law, officially known as the Inflation Reduction Act, “is first and foremost an energy security bill,” Manchin said, adding that the EV tax credits were supposed “to grow domestic manufacturing and reduce our reliance on foreign supply chains for the critical minerals needed to produce EV batteries.”

EV sales have tripled since Biden, a Democrat, took office two years ago, Granholm said. There are now more than 2 million EVs and 100,000 chargers on U.S. roadways, with more than $100 billion invested or pledged for EVs and their supply chains, including batteries, she said.

While batteries and components have long been manufactured in China, “we’re going to bring that manufacturing home,” Granholm told reporters.

“We’re going to give Americans the chance to drive American vehicles made by American workers — and that is only going to compound as Americans start to drive these vehicles and realize how great they are,” she said. “The demand is going to go very high. We expect that by 2030, half of all the vehicles sold in the United States will be electric.”

Granholm and the White House declined to comment on Manchin’s bill, but the measure by the West Virginia lawmaker is unlikely to gain traction in the Senate, where Democrats hold a slim majority and have shown no inclination to reopen a bill they just passed on a party-line vote. During the midterm election campaign, Republicans criticized Biden and other Democrats for supporting electric vehicles, citing their relative high costs and batteries made in China.

Tax credits of up to $7,500 per vehicle are intended to spur EV sales and domestic production of vehicles and batteries while reducing planet-warming greenhouse gas emissions. European and Asian allies, including French President Emmanuel Macron, have criticized the rules as unfair to foreign manufacturers.

While Macron applauded Biden’s efforts to curb climate change, he said during a visit to Washington that subsidies in the new law could be an enormous problem for European companies.

Biden acknowledged “glitches” in the legislation but said “there’s tweaks we can make” to satisfy allies.

Manchin’s bill follows a decision by the Treasury Department to delay rules on battery contents and minerals until March, while allowing the rest of the program to be implemented on Jan. 1. The Manchin bill directs Treasury to stop issuing tax credits for vehicles that don’t comply with battery requirements.

“The United States is the birthplace of Henry Ford, who revolutionized the automotive industry,” Manchin said, calling it “shameful that we rely so heavily on foreign suppliers, particularly China, for the batteries that power our electric vehicles.”

Manchin, chairman of the Senate Energy and Natural Resources Committee, was a crucial vote in passing the climate law, which was adopted without support from any Republican in the House or Senate. He has said exemptions approved by the Treasury — including one that allows tax credits for EVs purchased for commercial use, such as leasing or ride-sharing, even if they are foreign-made — undermine the law’s intent to reduce U.S. dependence on foreign countries, including adversaries, and create jobs in the United States.

At the World Economic Forum in Davos, Switzerland, last week, Manchin said he did not realize the European Union does not have a free trade agreement with the U.S. when Democrats passed the EV restrictions. He told reporters at the Capitol this week that European countries should reconsider their own policies for promoting clean energy, and the U.S. could work on a trade deal.

“Whether I realized it or not, they need to hopefully get that together and let’s get a free trade agreement,” Manchin said.

Senate Finance Committee Chairman Ron Wyden, D-Ore., has said he has no interest in reopening the climate law, which passed after more than a year and a half of sometimes contentious negotiations.

John Bozzella, president of the Alliance for Automotive Innovation, an industry trade group, said Manchin’s bill would only add confusion to an already complicated EV tax credit that many drivers — and even some car dealers — don’t fully understand.

“We want to make sure we don’t increase confusion for customers who might be confused already about what qualifies for a tax credit,” Bozzella said, “so I’m not quite sure what the value of the new legislation is.”