COVID, inflation, war in Ukraine and the climate crisis are all conspiring to put a dent in global economic growth this year 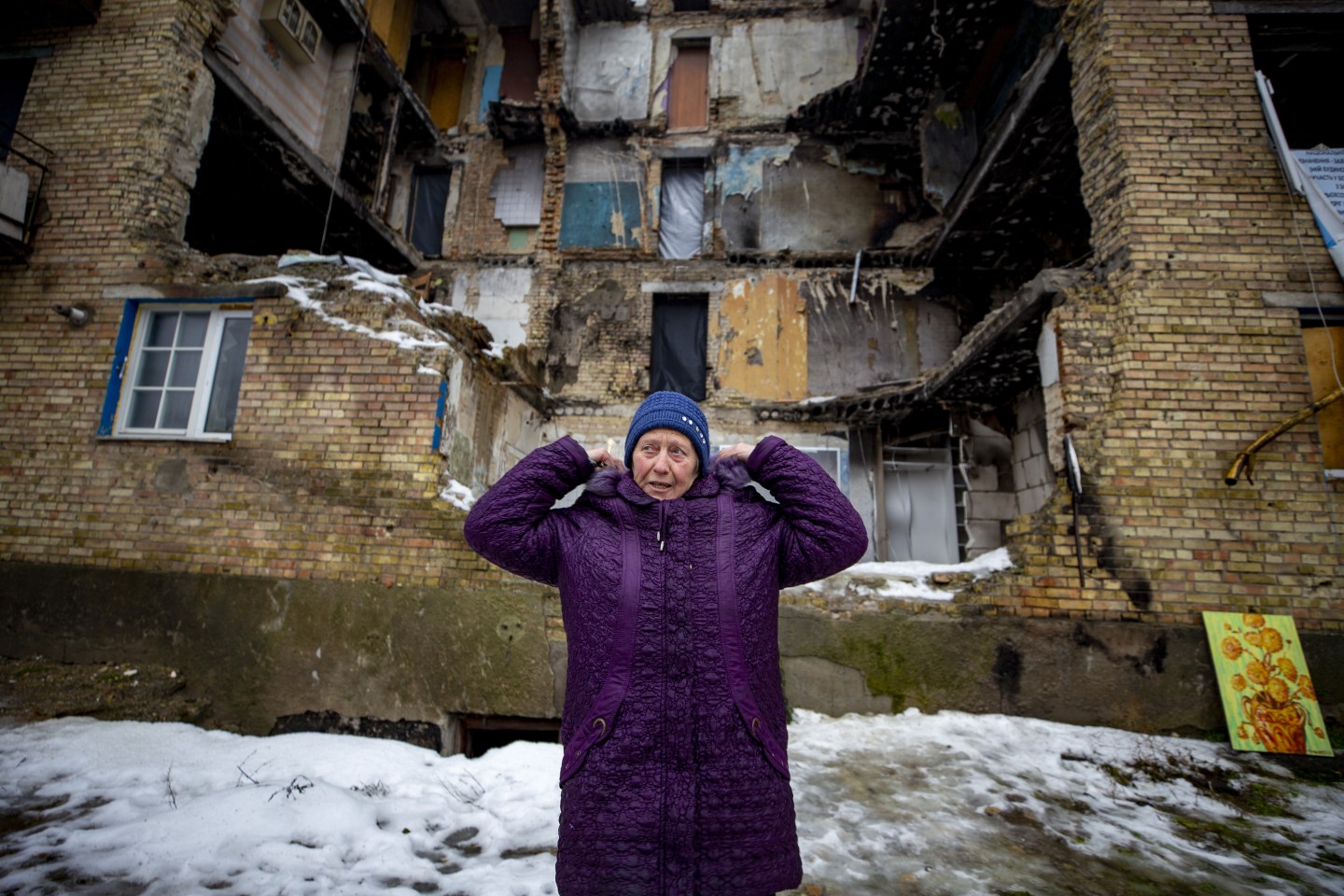 A woman standing alone in front of a bombed out building in Ukraine.
Mustafa Ciftci—Anadolu Agency/Getty Images

The United Nations forecast Wednesday that global economic growth will fall significantly to 1.9% this year as a result of the food and energy crisis sparked by the war in Ukraine, the ongoing impact of the COVID-19 pandemic, persistently high inflation and the climate emergency.

Painting a gloomy and uncertain economic outlook, the U.N. Department of Economic and Social Affairs said the current global economic slowdown “cuts across both developed and developing countries, with many facing risks of recession in 2023.”

“A broad-based and severe slowdown of the global economy looms large amid high inflation, aggressive monetary tightening, and heightened uncertainties,” U.N. Secretary-General Antonio Guterres said in a foreword to the 178-page report.

The report said this year’s 1.9% economic growth forecast — down from an estimated 3% in 2022 — is one of the lowest growth rates in recent decades. But it projects a moderate pick-up to 2.7% in 2024 if inflation gradually abates and economic headwinds start to subside.

In its annual report earlier this month, the World Bank which lends money to poorer countries for development projects, cut its growth forecast nearly in half, from it previous projection of 3% to just 1.7%.

The International Monetary Fund, which provides loans to needy countries, projected in October that global growth would slow from 6% in 2021 to 3.2% in 2022 and 2.7% in 2023. IMF Managing Director Kristalina Georgieva said at last week’s World Economic Forum in Davos that 2023 will be a difficult year, but stuck by the projection and said “we don’t expect a global recession.”

According to the U.N. report, this year “growth momentum has weakened in the United States, the European Union and other developed economies, adversely affecting the rest of the world economy.”

In the United States, GDP is projected to expand by only 0.4% in 2023 after estimated growth of 1.8% in 2022, the U.N. said. And many European countries are projected to experience “a mild recession” with the war in Ukraine heading into its second year on Feb. 14, high energy costs, and inflation and tighter financial conditions depressing household consumption and investment.

With China’s government abandoning its zero-COVID policy late last year and easing monetary and fiscal policies, the U.N. forecast that its economy, which expanded by only 3% in 2022, will accelerate to 4.8% this year.

“But the reopening of the economy is expected to be bumpy,” the U.N. said. ”Growth will likely remain well below the pre-pandemic rate of 6-6.5%.”

The U.N. report said Japan’s economy is expected to be among the better-performing among developed countries this year, with GDP forecast to increase by 1.5%, slightly lower than last year’s estimated growth of 1.6%.

Across east Asia, the U.N. said economic recovery remains fragile though GDP growth in 2023 is forecast to reach 4.4%, up from 3.2% last year, and stronger than in other regions.

In South Asia, the U.N. forecast average GDP growth will slow from 5.6% last year to 4.8% this year as a result of high food and energy prices, “monetary tightening and fiscal vulnerabilities.”

But growth in India, which is expected to overtake China this year as the world’s most populous nation, is expected to remain strong at 5.8%, slightly lower than the estimated 6.4% in 2022, “as higher interest rates and a global slowdown weigh on investments and exports,” the U.N. report said.

In Western Asia, oil-producing countries are benefiting from high prices and rising output as well as a revival in tourism, the U.N. said. But economies that aren’t oil producers remain weak “given tightening access to international finance and severe fiscal constraints,” and average growth in the region is projected to slow from an estimated 6.4% in 2022 to 3.5% this year.

One result, it said, is mounting debt-servicing burdens which have forced a growing number of African governments to seek bilateral and multilateral support.

In Latin America and the Caribbean, the U.N. said the outlook “remains challenging,” citing labor market prospects, stubbornly high inflation and other issues. It forecast that regional growth will slow to just 1.4% in 2023 from an estimated expansion of 3.8% in 2022.

“The region’s largest economies – Argentina, Brazil and Mexico – are expected to grow at very low rates due to tightening financial conditions, weakening exports, and domestic vulnerabilities,” the U.N. said.

For the world’s least developed countries, the U.N. said growth is projected at 4.4% this year, about the same as last year but significantly below the UN’s target of 7% by 2030.