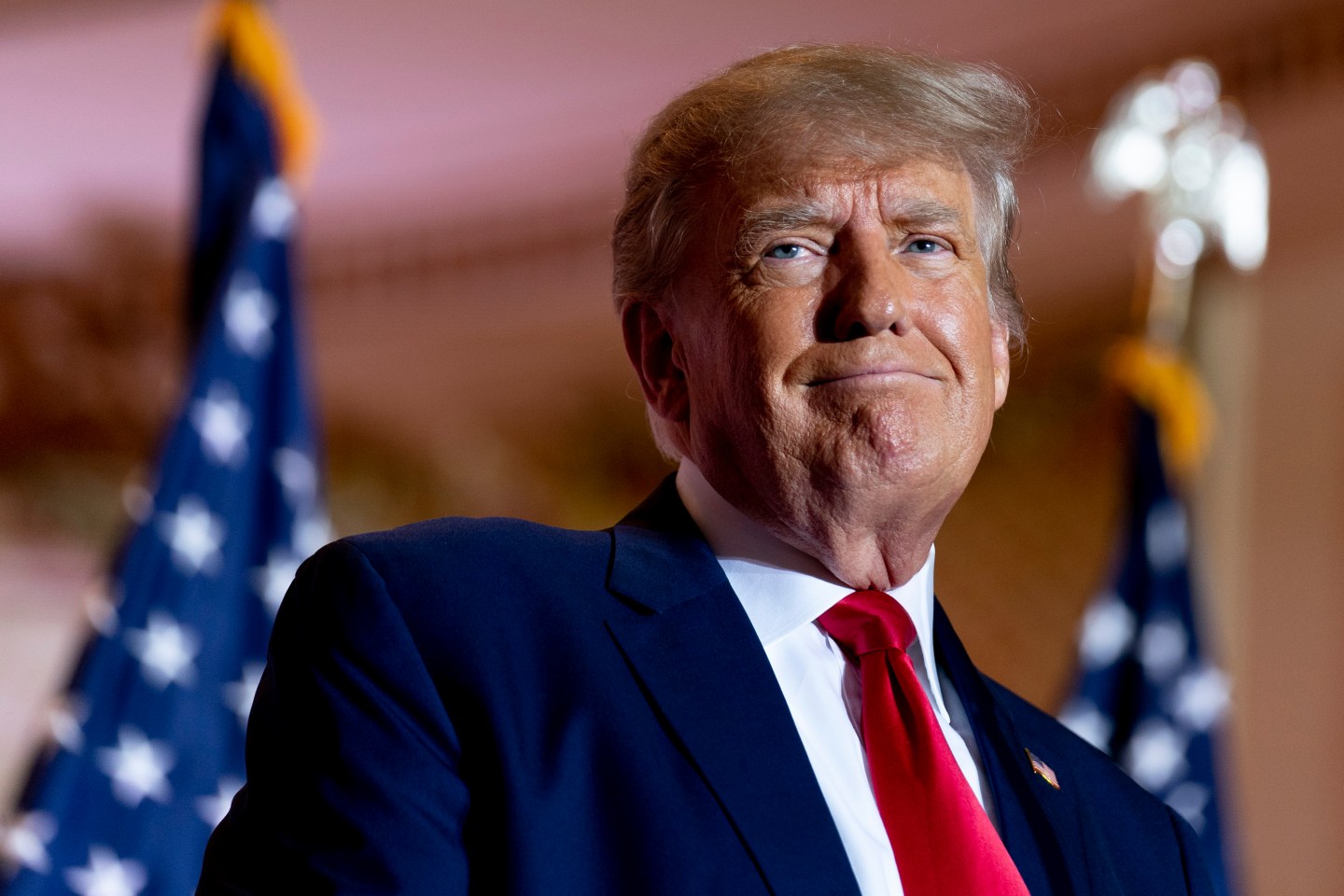 Former President Donald Trump announces he is running for president for the third time as he smiles while speaking at Mar-a-Lago in Palm Beach, Fla., Nov. 15, 2022.
Andrew Harnik—AP

A Florida Judge sanctioned former President Donald Trump and one of his attorneys Thursday, ordering them to pay nearly $1 million for filing what he said was a bogus lawsuit against Trump’s 2016 rival Hillary Clinton and others.

In a blistering filing, U.S. District Judge Donald M. Middlebrooks accused Trump of a “pattern of abuse of the courts” for filing frivolous lawsuits for political purposes, which he said “undermines the rule of law” and “amounts to obstruction of justice.”

“Here, we are confronted with a lawsuit that should never have been filed, which was completely frivolous, both factually and legally, and which was brought in bad faith for an improper purpose,” he wrote.

Citing Trump’s recent legal action against the Pulitzer Prize board, New York Attorney General Letitia James, big tech companies and CNN, he described Trump as “a prolific and sophisticated litigant” who uses the courts “to seek revenge on political adversaries.”

“He is the mastermind of strategic abuse of the judicial process,” he wrote.

The ruling required Trump and his attorney, Alina Habba, to pay nearly $938,000 to the defendants in the case.

A spokesman for Trump and Habba did not immediately respond to requests for comment late Thursday.

Middlebrooks in September dismissed the suit Trump had filed against Clinton, former top FBI officials and the Democratic Party, rejecting the former president’s claims that they and others conspired to sink his winning presidential campaign by alleging ties to Russia.

The lawsuit had named as defendants Clinton and some of her top advisers, as well as former FBI Director James Comey and other FBI officials involved in the investigation into whether Trump’s 2016 presidential campaign had coordinated with Russia to sway the outcome of the election.

He said then the suit contained “glaring structural deficiencies” and that many of the “characterizations of events are implausible.”