A California lawmaker wants colleges to pay athletes up to $25,000 a year plus costs in ongoing battle over student athlete compensation 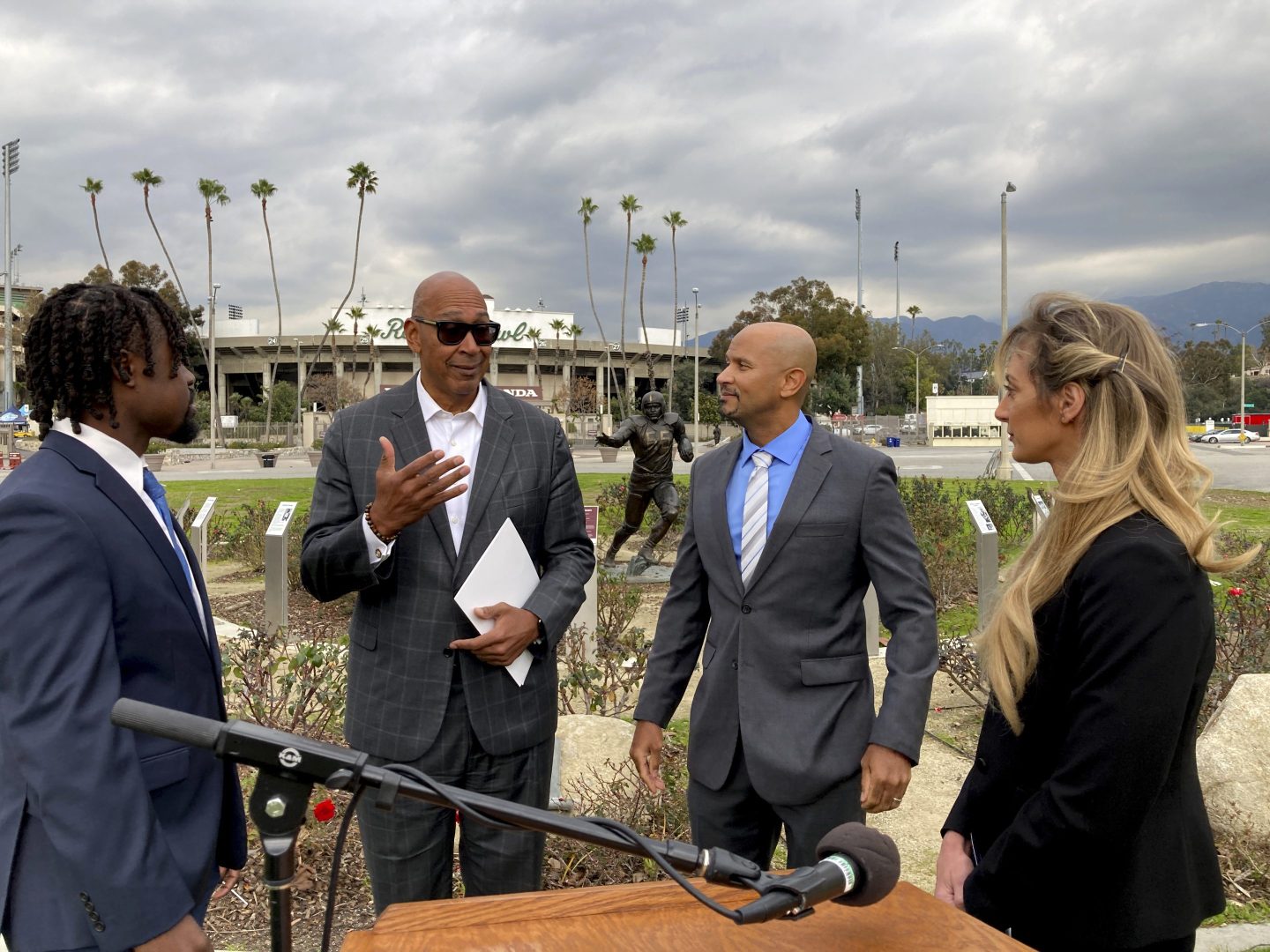 A California lawmaker introduced a bill Thursday that would require schools that play major college sports to pay some athletes as much as $25,000 annually, along with covering the cost of six-year guaranteed athletic scholarships and post-college medical expenses.

The College Athlete Protection Act is sponsored by Assemblymember Chris Holden, who is a former San Diego State basketball player, and is the type of state-level legislation that the NCAA is looking to federal lawmakers to preempt.

“I know how close you can come to an injury taking away not only the game you love to play but also your opportunity to finish college,” Holden said at a news conference outside the historic Rose Bowl stadium.

California was the first state to pass a law that gave college athletes the right to be compensated for name, image and likeness back in 2019. That triggered similar action by state legislatures around the country.

Holden is eager for the state to be at the forefront again.

“I’m not prepared to wait for Congress to address this pressing issue,” he said, standing in front of a bronze statue of Jackie Robinson, who was a multi-sport star at UCLA. “This is an extremely competitive and comprehensive bill that I believe will provide the income and health services that our college athletes deserve.”

The NCAA lifted its ban on athletes cashing in on their fame with sponsorship and endorsement deals, but more than two dozen state-level NIL laws have made it impossible for the association to create detailed and uniform rules of its own.

Just last week at the NCAA convention, college sports leaders reiterated the need for Congress’ help in regulating NIL compensation and protecting the association from state laws that undercut its ability to govern college sports.

“We need to solidify that as it relates to college sports, federal law preempts state law,” Baylor President Linda Livingstone, the chairwoman of the NCAA’s Board of Governors, said last week. “In areas such as NIL, we already see that state legislators will take action that they believe will give the universities in their states a competitive edge over their neighbors.”

Assembly Bill 252 — introduced by Holden, a Democrat whose district includes Pasadena — calls for Division I schools in California to share 50% of revenue with athletes who are considered to be undervalued because the amount of their athletic scholarships doesn’t match their market value. That would mostly be aimed at athletes competing in the revenue-generating sports such as football and basketball, but not exclusively.

“It’s a bill that will end the blatant exploitation of California’s college athletes,” said Ramogi Huma, executive director of the National College Players Association. “The NCAA’s economic model is illegal and based on racial injustice. The NCAA uses amateurism as cover to systemically strip generational wealth from predominantly Black athletes from lower income households to pay for lavish salaries of predominantly white coaches, athletic directors, commissioners and NCAA administrators.”

Money paid toward scholarships would be included in the 50% that goes toward the players. The rest would go into a fund that would pay out yearly. Individual payments would be determined based on what schools bring in and could not exceed $25,000 per year for any one athlete.

Any excess revenue from the athletes’ share would go into a degree completion fund that athletes would be eligible to draw from after they have graduated within six years.

“It’s going to improve things, not only for football players, but for all student-athletes at the college level, which is great,” said Elisha Guidry, a graduate student and football player at San Jose State, who joined Holden in announcing the bill.

“I came here and college sports was a certain way and I’d like to think when I’m finished with my career that college sports are better and moving towards a better direction in the future,” said Guidry, who previously played at UCLA before graduating last year.

The bill also calls for schools to provide coverage of sports-related medical expenses, establish and enforce safety standards and transparency in recruiting, preserve all sports programs — not just those that produce revenue — and Title IX compliance.

Also joining Holden at the Rose Bowl was Amy LeClair, a 2017 San Jose State graduate who competed in gymnastics. She said she was bullied and manipulated by her coaches, and was sexually assaulted by the program’s head trainer during her career.

“Universities have not earned the privilege of operating unchecked nor have they earned the benefit of the doubt,” LeClair said. “I never imagined that the very system designed to protect me would be the source of my exploitation. This is what has driven me to sit here today to help advocate for the protections of NCAA athletes.”

The bill is reminiscent of one introduced in 2020 at the federal level by four Democratic senators, including Cory Booker of New Jersey, called the College Athlete Bill of Rights.

That bill, similar to numerous others introduced in Congress related to college sports and more specifically NIL, went nowhere.

Holden introduced the College Athlete Civil Rights Act of 2019 that was eventually signed into state law. That required schools to document and inform athletes of their rights and prohibited retaliation against athletes who reported violations or abuse.