Janet Yellen’s Treasury just started ‘extraordinary measures’ to stop the U.S. from running out of cash and defaulting on the national debt 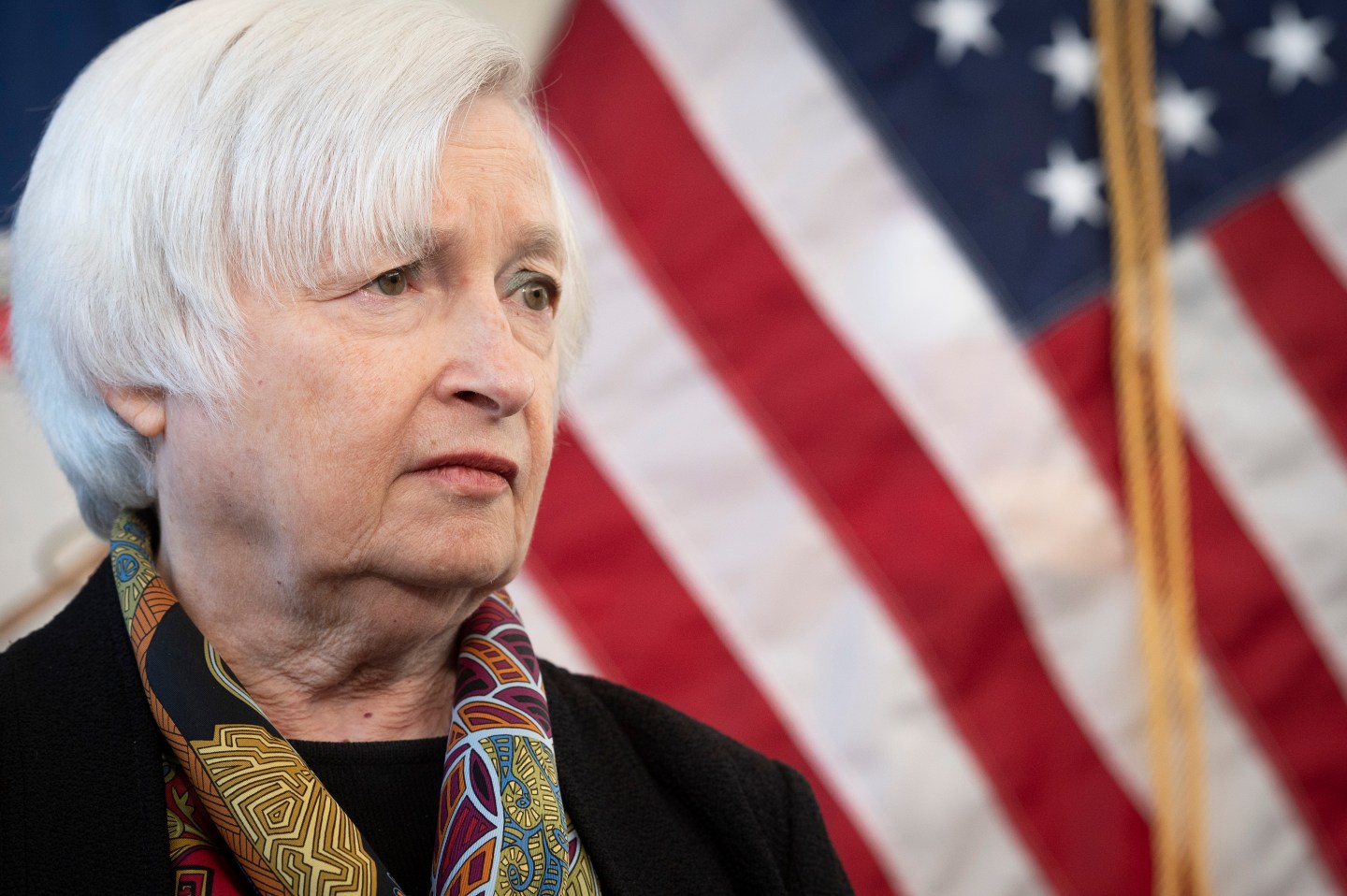 The countdown toward a possible U.S. government default began Thursday with Treasury implementing accounting measures as a stopgap, while frictions between President Joe Biden and House Republicans raise alarms about whether the U.S. can sidestep a potential economic crisis.

The Treasury Department said in a letter to congressional leaders it has started taking “extraordinary measures” as the government has run up against its legal borrowing capacity of $31.381 trillion. An artificially imposed cap, the debt ceiling has been increased roughly 80 times since the 1960s.

“I respectfully urge Congress to act promptly to protect the full faith and credit of the United States,” Treasury Secretary Janet Yellen wrote in the letter.

Markets so far remain relatively calm, given that the government can temporarily rely on accounting tweaks to stay open and any threats to the economy would be several months away. Even many worried analysts assume there will be a deal.

But this particular moment seems more fraught than past brushes with the debt limit because of the broad differences between Biden and new House Speaker Kevin McCarthy, who presides over a restive Republican caucus.

Those differences increase the risk that the government could default on its obligations for political reasons. That could rattle financial markets and plunge the world’s largest economy into a wholly preventable recession.

Biden and McCarthy, R-Calif., have several months to reach agreement as the Treasury Department imposes “extraordinary measures” to keep the government operating until at least June. But years of intensifying partisan hostility have led to a conflicting set of demands that jeopardize the ability of the lawmakers to work together on a basic duty.

Biden insists on a “clean” increase to the debt limit so that existing financial commitments can be sustained and is refusing to even start talks with Republicans. McCarthy is calling for negotiations that he believes will lead to spending cuts. It’s unclear how much he wants to trim and whether fellow Republicans would support any deal after a testy start to the new Congress that required 15 rounds of voting to elect McCarthy as speaker.

Asked twice on Wednesday if there was evidence that House Republicans can ensure that the government would avert a default, White House press secretary Karine Jean-Pierre said it’s their “constitutional responsibility” to protect the full faith and credit of the United States. She did not say whether the White House saw signs at this stage that a default was off the table.

“We’re just not going to negotiate that,” Jean-Pierre said. “They should feel the responsibility.”

McCarthy said Biden needs to recognize the political realities that come with a divided government. The speaker equates the debt ceiling to a credit card limit and calls for a level of fiscal restraint that did not occur under President Donald Trump, a Republican who in 2019 signed a bipartisan suspension of the debt ceiling.

“Why create a crisis over this?” McCarthy said this week. “I mean, we’ve got a Republican House, a Democratic Senate. We’ve got the president there. I think it’s arrogance to say, ‘Oh, we’re not going to negotiate about pretty much anything’ and especially when it comes to funding.”

Any deal would need to pass the Democratic-run Senate. Many Democratic lawmakers are skeptical about the ability to work with Republicans aligned with the “Make America Great Again” movement started by Trump. The MAGA movement has claimed that the 2020 election lost by Trump was rigged, a falsehood that contributed to the Jan. 6, 2021, insurrection at the U.S. Capitol.

“There should be no political brinkmanship with the debt limit,” said Senate Majority Leader Chuck Schumer, D-N.Y. “It’s reckless for Speaker McCarthy and MAGA Republicans to try and use the full faith and credit of the United States as a political bargaining chip.”

The debt ceiling was originally a fix made during World War I that enabled bonds to be issued without getting repeated congressional approvals. But in an era of polarization and rising debt loads, the limit has been transformed into a political bludgeon. It does not reflect the actual capacity of the federal government to borrow, simply how much it is legally able to do so without congressional signoff.

In order to keep the government open, the Treasury Department on Thursday was making a series of accounting maneuvers that would put a hold on contributions and investment redemptions for government workers’ retirement and health care funds, giving the government enough financial space to handle its day-to-day expenses until roughly June.

What happens if these measures are exhausted without a debt limit deal is unknown. A prolonged default could be devastating, with crashing markets and panic-driven layoffs if confidence evaporated in a cornerstone of the global economy, the U.S. Treasury note.

Analysts at Bank of America cautioned in a report last week that “there is a high degree of uncertainty about the speed and magnitude of the damage the U.S. economy would incur.”

Still, if past debt ceiling showdowns such as the one that occurred in 2011 are any guide, Washington may be in a nervous state of suspended animation with little progress until the “X-date,” the deadline when the Treasury’s “extraordinary measures” are depleted.

Unlike the 2011 showdown, the Federal Reserve is actively raising interest rates to lower inflation and is rolling off its own holdings of U.S. debt, meaning that recession fears are already elevated among consumers, businesses and investors.

“To some extent, the ‘extraordinary measures’ are the backup plan, and once those are exhausted the next step is a major question mark,” economists at Wells Fargo wrote in a Thursday analysis.