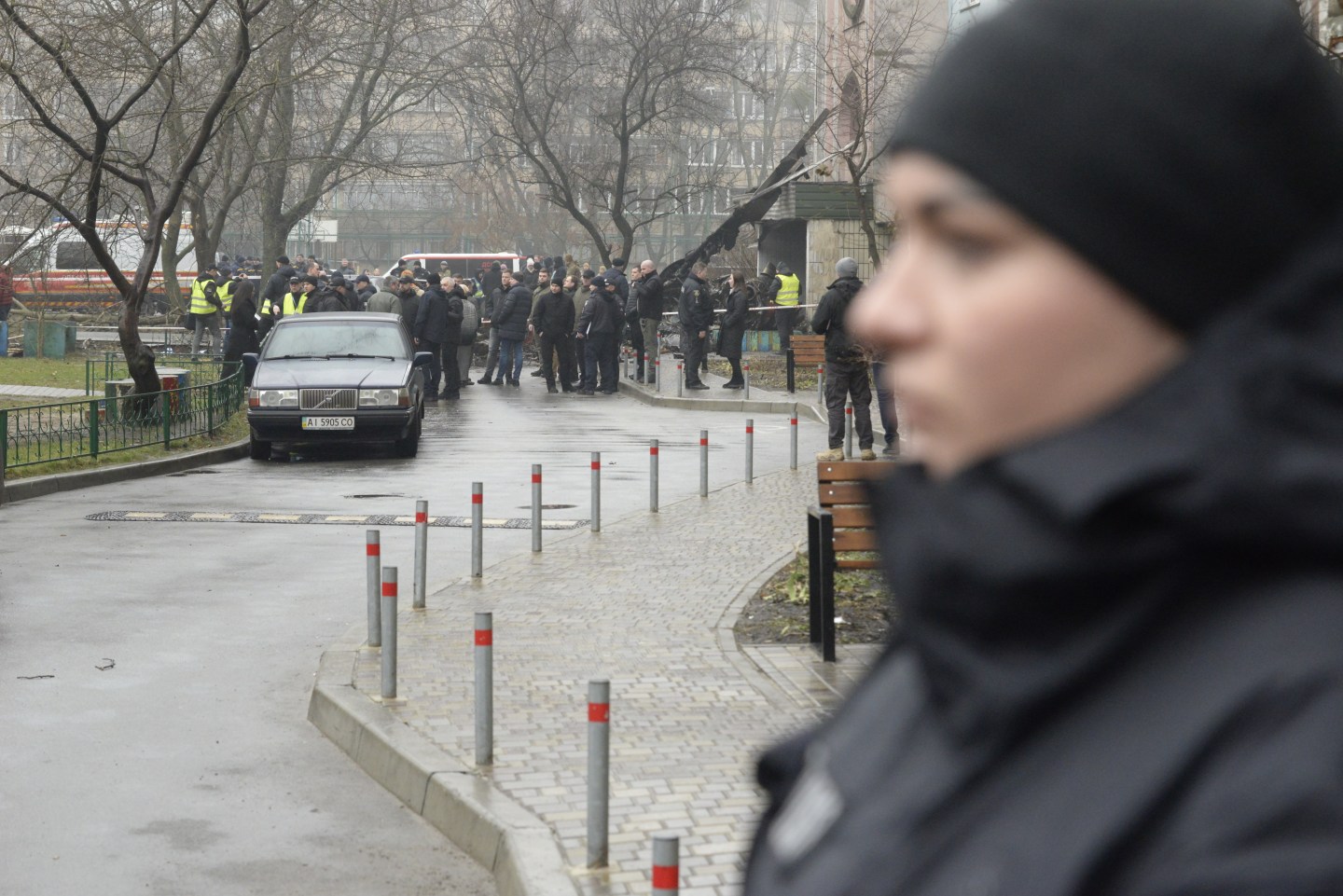 Police cordon off the site where a helicopter crashed in the Brovary city of Ukraine's Kyiv region on Jan. 18, 2023.
Danylo Antoniuk—Anadolu Agency via Getty Images

Ukraine’s interior minister and at least 17 others were killed when a helicopter crashed near a kindergarten and a multistory apartment building just east of Kyiv, according to police.

The emergency services aircraft went down in the town of Brovary, an eastern suburb of the capital, Ihor Klymenko, the national police chief, said on Facebook Wednesday. The fatalities include all nine on board and at least three children, while 29 others were injured.

Interior Minister Denys Monastyrsky was accompanied by other senior officials, including Deputy Minister Yevhen Yenin, police said. Ukrainian authorities are working to determine the cause of the crash.

“The delegation was heading to a hot spot,” Kyrylo Tymoshenko, the deputy chief of staff of President Volodymyr Zelenskiy, said at a briefing, referring to an unspecified combat zone.

Monastyrsky’s staff had been focusing on investigating alleged war crimes committed by Russian forces as part of the invasion. The minister, Ukraine’s top law-enforcement official, was in charge of the nation’s police force.

Over the weekend, a nine-story apartment building was demolished in a missile attack in the eastern city of Dnipro, killing at least 45 people, including six children, with authorities still clearing the debris. Ukraine’s air command said the missile strike was from a Russian long-range anti-ship missile.