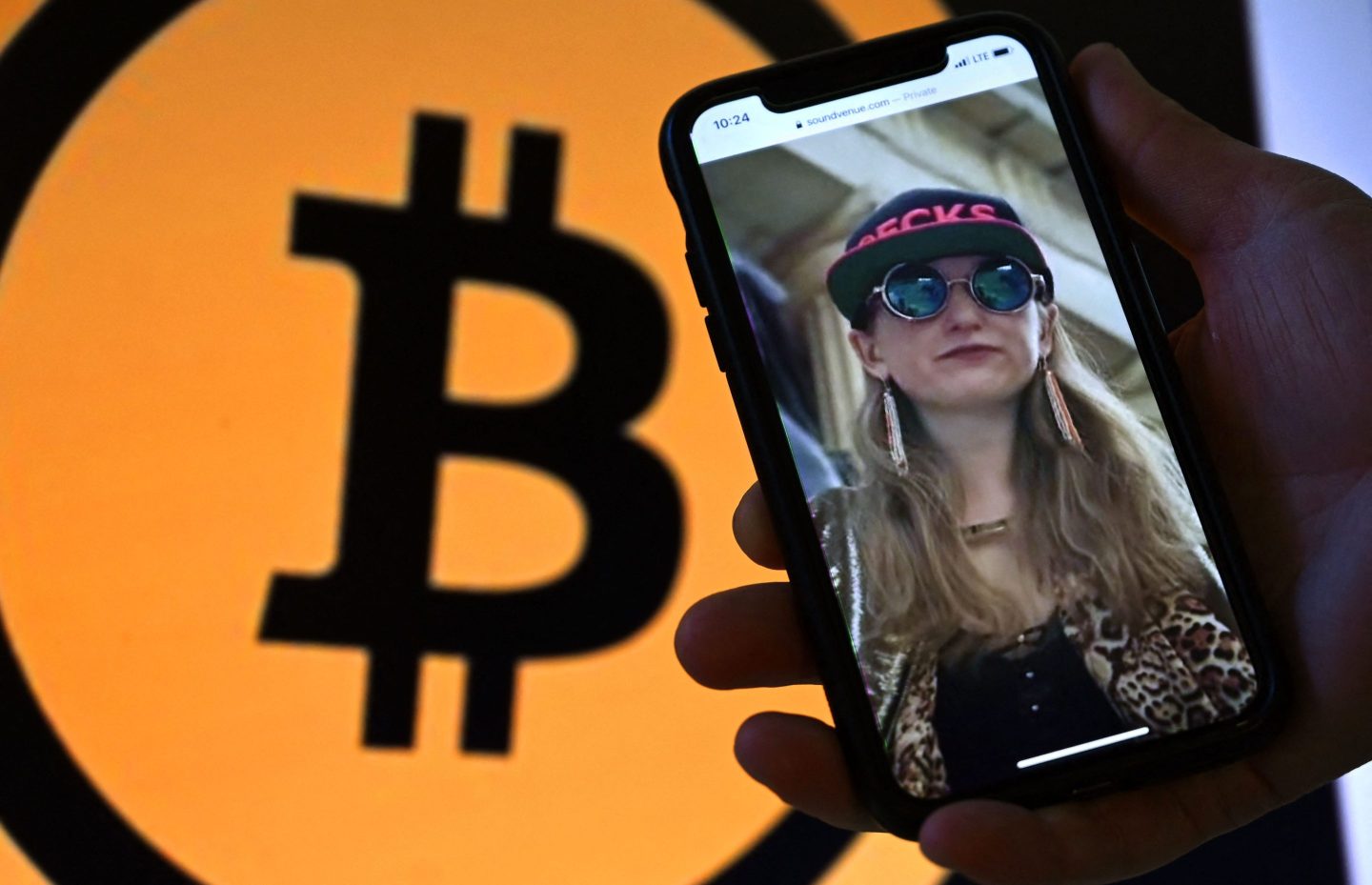 The serial entrepreneur, rapper and accused crypto thief who has inspired a Hulu series has managed to bag a new job.
OLIVIER DOULIERY—AFP via Getty Images

And it turns out, even an accused cryptocurrency thief on 24-hour house arrest can bag a new gig — giving hope to anyone still on the job hunt in the current recession.

Take Heather Morgan. She has many credentials to her name including economist, tech entrepreneur, columnist, CEO, rapper—and accused launderer of stolen cryptocurrency.

Morgan is now adding another job title to her list, according to a court filing: Morgan, who is also known by her stage name “Razzlekhan”, has been hired by an unspecified technology company despite being under 24-hour house arrest, according to the report.

A federal magistrate judge on Tuesday granted Morgan’s request to relax the restrictions of her home confinement so she can work three days a week from her new employer’s New York office from 10 a.m. to 8:30 p.m. The government didn’t object to the proposed modification.

The self-titled “Crocodile of Wall Street” and her husband are accused of trying to launder $4.5 billion of Bitcoin stolen from Hong Kong–based exchange Bitfinex in a 2016 heist.

Morgan, who has denied wrongdoing, had a job offer “in the role of growth marketing and business development specialist,” her lawyer, Eugene Gorokhov, said in a court filing.

Although the government is aware of the identity of her new boss, this information hasn’t been disclosed to the public. Due to the high interest in Morgan’s court case, Gorokhov asked the court to keep the name of the employer secret to protect both her and their safety.

“That information is not noted in this public filing due to the fact that Ms. Morgan has been subject to disparaging comments and harassment on social media as a result of the intense media coverage of this case,” Gorokhov added.

Who is Heather Morgan?

According to Morgan’s LinkedIn profile, where she describes herself as a “Serial Entrepreneur who loves helping CEOs win”, she previously held the helm at SalesFolk, an email marketing company for B2B startups.

Prior to that, she was CEO at Endpass, a seemingly now-defunct crypto wallet designed to prevent fraud, and contributed to the book Food Security and Sociopolitical Stability by Oxford University Press.

Morgan was also a columnist in Forbes, covering topics on career advancement and cybersecurity, and also works as a motivational speaker. In 2019, she gave a talk in a New York salon titled, “How to Social Engineer Your Way Into Anything.”

But she is perhaps more well-known as a rapper and influencer on social media. In music videos set in New York’s financial district, she dedicates her songs to the “weirdos, entrepreneurs, hackers, misfits, and all the unique people who pursue what they want.” Her most popular hit, Versace Bedouin, where she refers to herself as “the Crocodile of Wall Street”, has been viewed over 300,00 times on YouTube.

Why was the “Crocodile of Wall Street” arrested?

On Feb. 8, 2022, Lichtenstein and Morgan were arrested for their alleged role in the theft. They were charged with attempting to launder $4.5 billion of the stolen Bitcoin — $3.6 billion of which was seized by authorities.

The U.S. Department of Justice said it was the “largest financial seizure” in its history, highlighting “that cryptocurrency is not a safe haven for criminals”.

“In a futile effort to maintain digital anonymity, the defendants laundered stolen funds through a labyrinth of cryptocurrency transactions,” deputy attorney general Lisa Monaco said in a statement, while adding that the DOJ “can and will follow the money, no matter the form it takes.”

Over the course of 5 years, more than 2,000 unauthorized transactions were used to transfer the stolen Bitcoin and send it directly to a crypto wallet, that later distributed the funds between Morgan and Lichtenstein’s financial accounts, the DOJ says. The department says it recovered more than 94,000 Bitcoin from the couple.

The couple, who face up to 25 years in prison, asked for a delay to the case to facilitate plea discussions. A status hearing in the case is set for Jan. 27 in Washington.

Meanwhile, like Elizabeth Holmes, “Anna Delvey” and “The Tinder Swindler”, Morgan has joined the list of scam artists to inspire Hollywood.

Emily in Paris star Lily Collins is set to star as Morgan in Hulu’s upcoming limited series about Razzlekhan: The Infamous Crocodile of Wall Street.

According to Deadline, the series will also be produced by Collins, along with Charlie McDowell and Alex Orlovsky. The trio previously produced the Netflix film Windfall.