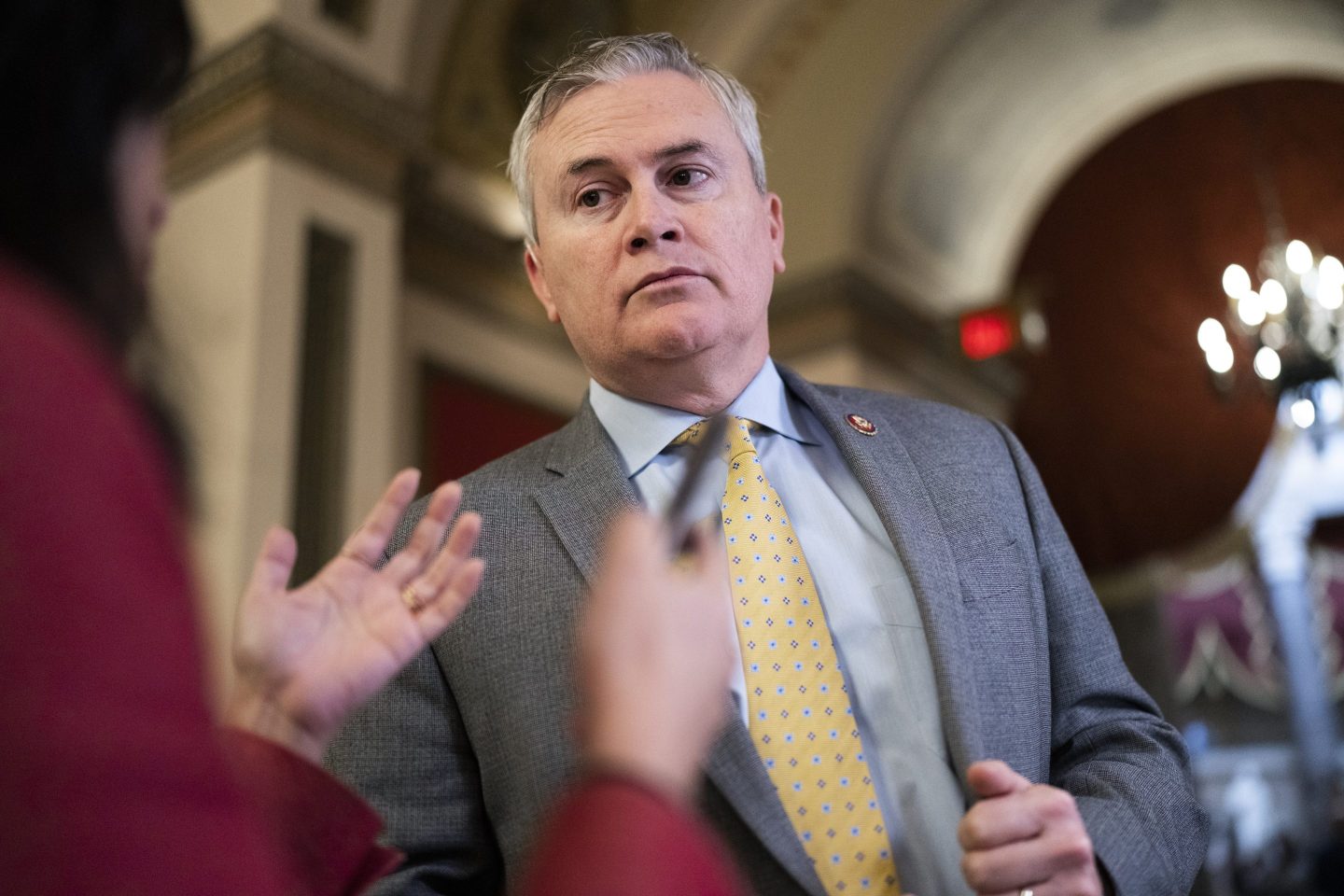 House Republicans “won’t budge” on demands for federal spending cuts in return for agreeing to lift the debt ceiling and avoid a US payment default, GOP Representative James Comer said.

As the federal government moved closer to breaching its statutory debt limit, lawmakers on Sunday mostly talked past each other: Republicans renewed demands for cuts and Democrats insisted the government be allowed to honor commitments made by previous Congresses.

Republicans who gained control of the House in the US midterm election “campaigned on the the fact that we were going to be serious about spending cuts,” Comer said on CNN’s “State of the Union.”

The Democratic-led Senate “is going to have to recognize the fact that we’re not going to budge until we see meaningful reform with respect to spending,” said Comer, who heads the House Oversight Committee.

California Representative Ro Khanna typified the Democratic response, saying Republicans ought to focus their budget goals on future spending bills rather than refusing to raise the debt limit.

Prospective talks on raising the debt ceiling are quickly emerging as a potential global flashpoint that could threaten the stability of financial markets.

US Treasury Secretary Janet Yellen said last week the department will begin taking special accounting maneuvers on Jan. 19 to avoid breaching the debt limit and urged lawmakers to boost the ceiling to avert a US default.

She said those steps will allow the government to meet its obligations at least through early June. Economists have estimated an actual default would be likely early in the third quarter.

Yellen’s warning kicked off what is likely to be a prolonged political battle over US fiscal policy, a showdown that could strain financial markets and elevate dangers for an economy battling inflation and already facing the risk of recession. President Joe Biden has vowed he won’t make concessions to prevent Republicans from forcing a first-ever US default on the debt.

“The debt ceiling is no doubt going to be a knife fight,” Representative Tony Gonzales, a Texas Republican, said on “Fox News Sunday.”

Kevin McCarthy, who was forced to negotiate with ultraconservatives in his own party before being elected House speaker last week, said Democrats were being “arrogant” by declaring they would not accept any cuts, but expressed optimism he could negotiate with President Joe Biden.

“I believe we can sit down with anybody who wants to work together. I believe this president could be that person,” he said on Fox News’ “Sunday Morning Futures.”

“I’m sure he knows there’s places that we can change and put America on a trajectory that we save these entitlements instead of put them into bankruptcy,” he said.

“Republicans should learn from their own history that using the debt limit as a lever to gain some sort of political advantage or some policy change really doesn’t work well for them and terrible for the American economy,” he said on Fox News.

“When President Biden says he’s going to refuse to negotiate with Republicans and not make any concessions, I don’t think that’s right,” he said on ABC’s “This Week.”

“On our side, we have to realize we control the House with a four-seat majority, the Senate is run by the Democrats with a one-seat majority and the president is obviously from the Democratic party, so we can’t get everything we want either.”

Economists and bond strategists are warning of the risk of the kind of turmoil seen in 2011, when a debt-ceiling standoff led to S&P Global Ratings downgrading the sovereign US rating from AAA. Equities tumbled around the world and US consumer confidence was hit.

–With assistance from Ian Fisher.