The best of CES 2023, from a barista robot to an augmented-reality app for eyebrows 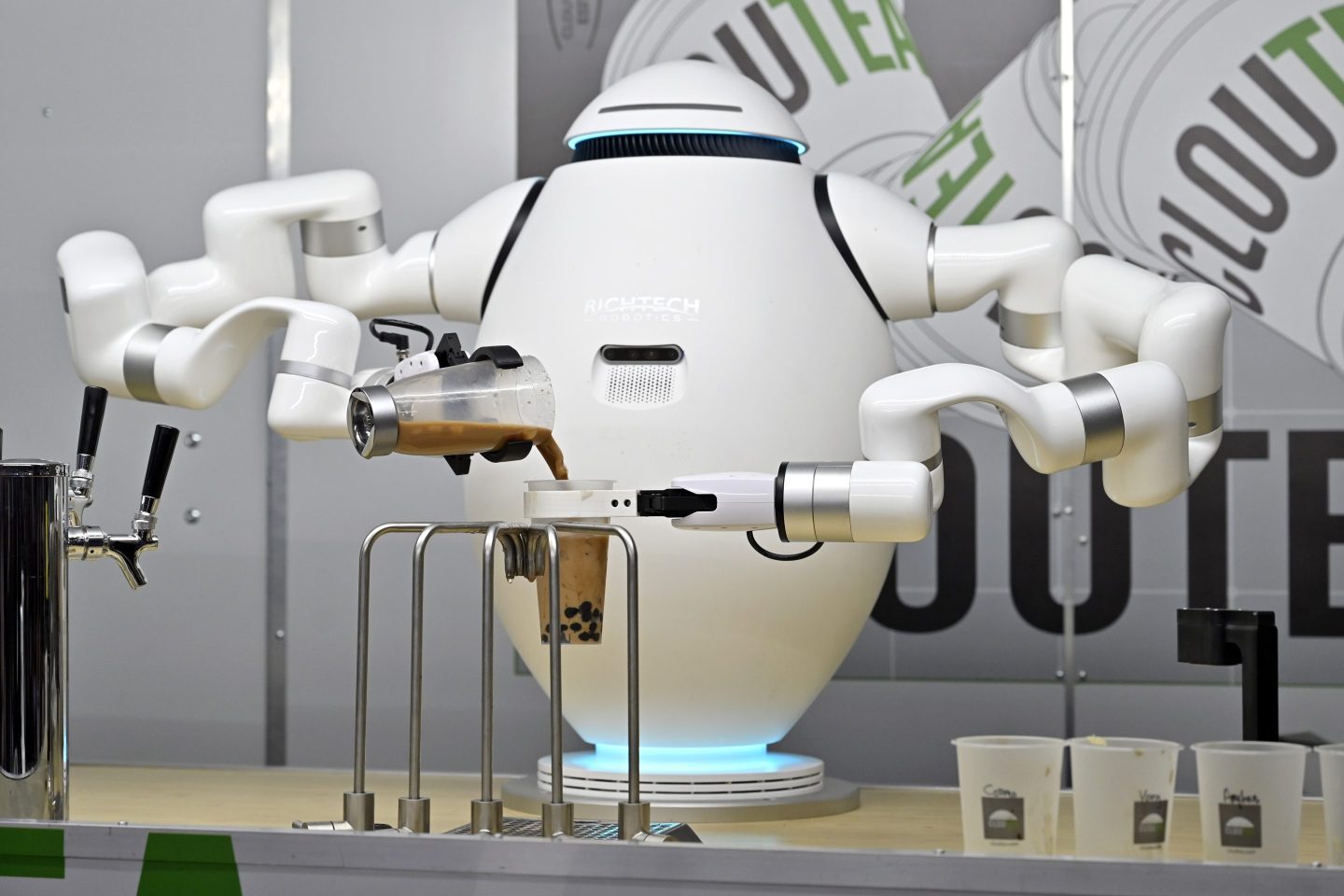 Tech companies showed off their latest products this week at CES, formerly known as the Consumer Electronics Show, with new developments in video as well as lifestyle enhancements with beverage and makeup gadgets.

Crowds of investors, media and tech workers have streamed into cavernous Las Vegas venues to see the latest tech from big companies and startups. The show runs through Sunday.

Here are some highlights:

VIDEO CALLS WITH A TWIST

Tired of the same old Zoom calls? Zero Distance thinks it may have the answer.

The company’s Wehead device helps people at a meeting feel like a remote attendee is in the room with them.

The device looks something like a machine you might find at the eye doctor, but with screens on the front. The person participating from afar looks like they’re there in 3D and when they look around or nod, the machine also moves.

“If there are a few people around the table and just one screen, not everybody can see the screen, and the person in the laptop, he or she is not able to see everybody,” Wehead creator Ilia Sedoshkin said. “That’s the obvious application.”

“But for people who spend like 40 hours a week in their home office, they don’t see other people a lot. So feeling the real person in the room, using some space on your table, can give you less loneliness,” Sedoshkin said.

From milk tea to passion fruit, ADAM the robot can make any boba tea drink you like.

ADAM also can function as a bartender or barista, but it made boba tea for delighted CES attendees this week who used digital touch screens to select their drinks.

“ADAM is intended to be basically a way to attract guests and a way to make drinks fully automated and very efficient,” Timothy Tanksley of Richtech Robotics said.

The two-armed robot has two grip handles that can be customized to make specific drinks. While taking a break from mixing beverages, ADAM can dance to keep people entertained.

ADAM, which can be rented for events or hired full-time, is among a range of robots on display at CES this week doing a variety of tasks from disinfecting surfaces to making deliveries.

During the pandemic shutdowns in 2020, California resident Luiz Rapacci had a hard time finding his favorite almond milk at grocery stores. He looked up online recipes to make his own, but they were were messy and time-consuming.

With GrowUp, customers can make nut milk at home in minutes with water and their chosen variety, from cashews and walnuts to almonds and pistachios, Rapacci said.

The machine costs $599 and is available now for pre-order.

L’Oreal’s Brow Magic is bringing augmented reality to your eyebrows.

The company’s app scans your face and uses AR to make personalized recommendations for choices of shape, thickness and effect before you apply a primer. Then the Brow Magic device provides 2,400 tiny nozzles to brush over and paint your eyebrows.

The makeup in Brow Magic, which is expected to launch later this year, can last up to two days and be taken off with regular makeup remover.