Get ready for the electric SUV in 2023 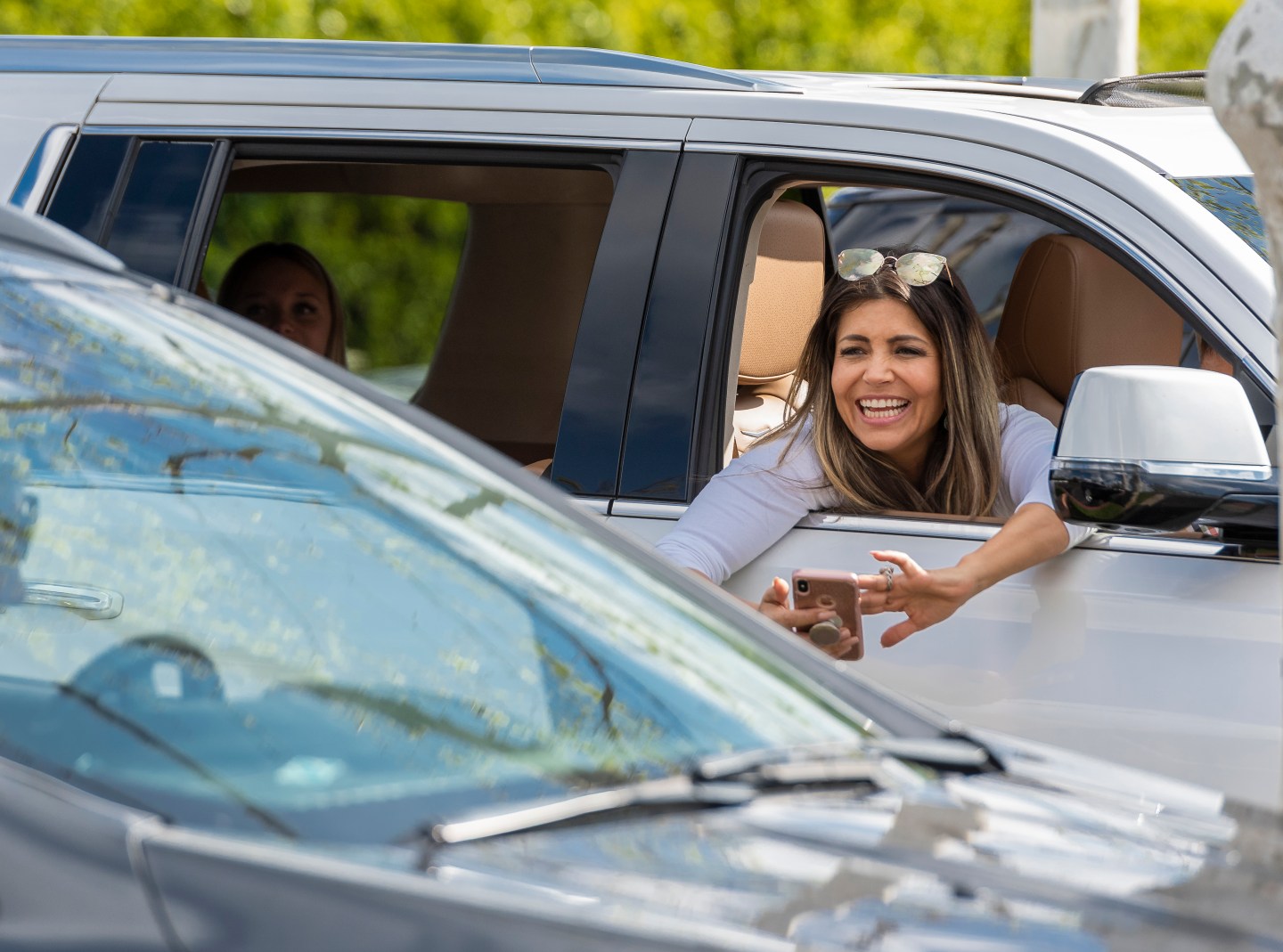 "Did you get a deal on your electric SUV?"
Leonard Ortiz—MediaNews Group/Orange County Register via Getty Images

In the evolution of the electric vehicle, 2022 will be remembered for its megafauna: Massive electric trucks finally roamed the land, with equally outsized prices. Next year, however, should bring some subspecies — a diaspora of SUVs, including some slightly smaller options and, rarer still, a precious few with more modest window stickers. If you are in the market for a car, here are four prognostications to keep in mind.

You can expect to see more EVs at Costco.

Somewhere around 20 all-new electric vehicle models are expected to launch in the US over the next 12 months, roughly the same amount as debuted this year. Critically, however, many of them are aimed at a sweet spot in the American market, which is to say good for carrying cargo and families, and not extremely expensive.

Days ago, Nissan’s long-awaited Ariya finally rolled into dealerships with a starting price of $43,190. A few months from now, Chevrolet says it will add its Blazer EV at just shy of $45,000, followed by the smaller, cheaper Equinox EV in the fall. Kia’s EV9, a bonafide three-row, will probably land in somewhat affordable territory as well, if it tracks its smaller sibling, the EV6. And on the startup front, VinFast, a Vietnamese manufacturer, will debut with its VF 8, a small SUV priced at $40,700 (though the battery is packaged in a monthly subscription plan).

European drivers can expect many of the same options, plus a few that are strictly Continental, like the Jeep Avenger, a stubby SUV that stands as the brand’s first all-electric offering. It’s joined by some sporty station wagons, including the Opel Astra Electric and the Peugot e-308 SW. In part because of their lower profiles, both cars boast impressive efficiency, posting road-trip-ready range figures with batteries far smaller than those found in most American EVs.

Plenty of swankier SUVs are in the offing in 2023, including a version of GMC’s Hummer EV, with a price tag squarely in six-figure territory; the first electric Lexus, dubbed RZ; an “Electrified” version of Hyundai’s GV70; two more small crossover-type things from Polestar, named simply 3 and 4; and at the top of the luxury pyramid, the Mercedes EQE and EQS. There’s even talk of a large electric Volvo.

We’ll also start seeing greater numbers of EVs like the Rivian R1S and Cadillac’s new Lyric, which are technically on the market but still uncommon on most American roads. On the truck side, GM will finally start stamping out its Silverado EV, a model that regularly wins more than half a million gas customers a year.

Manufacturing issues will barely ease up.

Those on the hunt for an electric SUV will see their choices double in 2023. But choosing a new whip and actually buying a new whip will continue to be very different things. Supplies will stay tight, prices will stay elevated and legacy automakers will still be eager to sell gas vehicles while they spool up almost the entire EV market.

Startup automakers, meanwhile, are still figuring out how to actually build an auto at scale. Rivian, for example, only made about 25,000 vehicles this year, though it has more than four times that many orders on its books. Lucid Group was aiming for just 6,000 to 7,000 EVs in 2022 after halving its production goals late in the summer.

S&P Global Mobility expects drivers around the world to snap up 10 million EVs in 2023, almost 14% of the entire market, but they won’t come cheap. S&P warns that EV fever is pushing prices even higher and a rash of new incentives laid out in the Inflation Reduction Act will only lessen the sting slightly.

Making money on EVs won’t get much easier.

While the suits in Detroit, Seoul, Stuttgart and Tokyo may finally get the computer chips they need, the unit economics on electric vehicles are still crummy. Lithium-ion battery prices increased in 2022 for the first time on record, a 7% bump. And some of the biggest brains in the business, including Toyota President Akio Toyoda and Rivian CEO and co-founder RJ Scaringe,  worry that it will take years for the battery supply chain to catch up.

That’s why the best strategy for auto executives may be to stick with the simple bait-and-switch: Get drivers hyped to go electric with low base prices, while predominantly stamping out far more expensive, higher-trim models. If you already can’t make enough cars, the logic goes, make the most profitable ones.

But if the economy stays on shaky ground and interest rates continue to climb, banking on indefinite demand may be unwise. “US consumers are hunkering down,” says S&P analyst Chris Hopson, “and recovery towards pre-pandemic vehicle demand seems like a hard sell.”

The ironic thing is no one really has any idea just how many drivers want to go electric, but safe to say it’s a lot. Surveys regularly peg the EV-curious between 25% and 50% and that share will only increase as products proliferate. For green driving, as the saying goes, it’s the best of times and…well…it could be better.