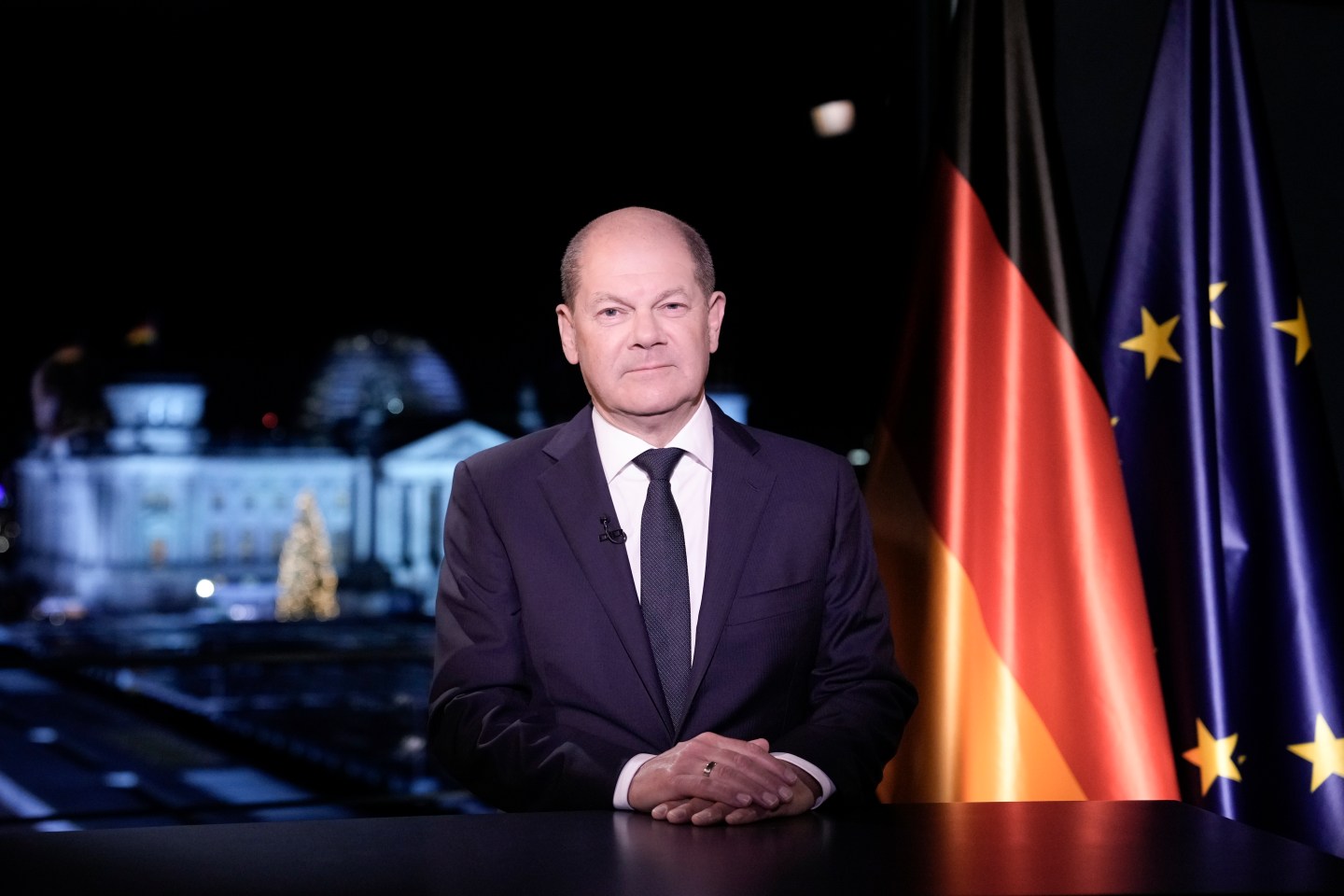 In his New Year’s address to the nation, Scholz acknowledged that the energy crisis triggered by Vladimir Putin’s invasion of Ukraine was a “tough test” for the continent’s biggest economy.

But he said Germany had refused to cave in to Kremlin “blackmail” and that the new liquefied natural gas terminal at Wilhelmshaven, together with others going online in the coming weeks and months at Lubmin, Stade and Brunsbuettel, would ensure Germany gets through the winter.

Scholz also pointed to “well-stocked gas storage facilities and to the joint effort we have made to save energy over recent months,” according to the text of his address. “That will remain important in the months ahead,” he said.

Germany relied on Russia for more than half of its gas imports before the Ukraine war and is increasingly turning to LNG to fill the gap after Moscow halted pipeline supplies.

At the same time, demand for the fuel has dropped significantly, partly thanks to warmer temperatures. It fell almost a quarter last week compared with the average for the past four years, according to data from the Federal Network Agency.

As well as his upbeat message on energy, Scholz reiterated his government’s backing for the government in Kyiv, and said NATO and the European Union were more united than ever.

“Putin did not manage, as he had planned, to overrun Ukraine in a matter of days,” Scholz said. “On the contrary, the Ukrainians are bravely defending their homeland — thanks in part to our help. And we will continue to support Ukraine.”

–With assistance from Elena Mazneva.