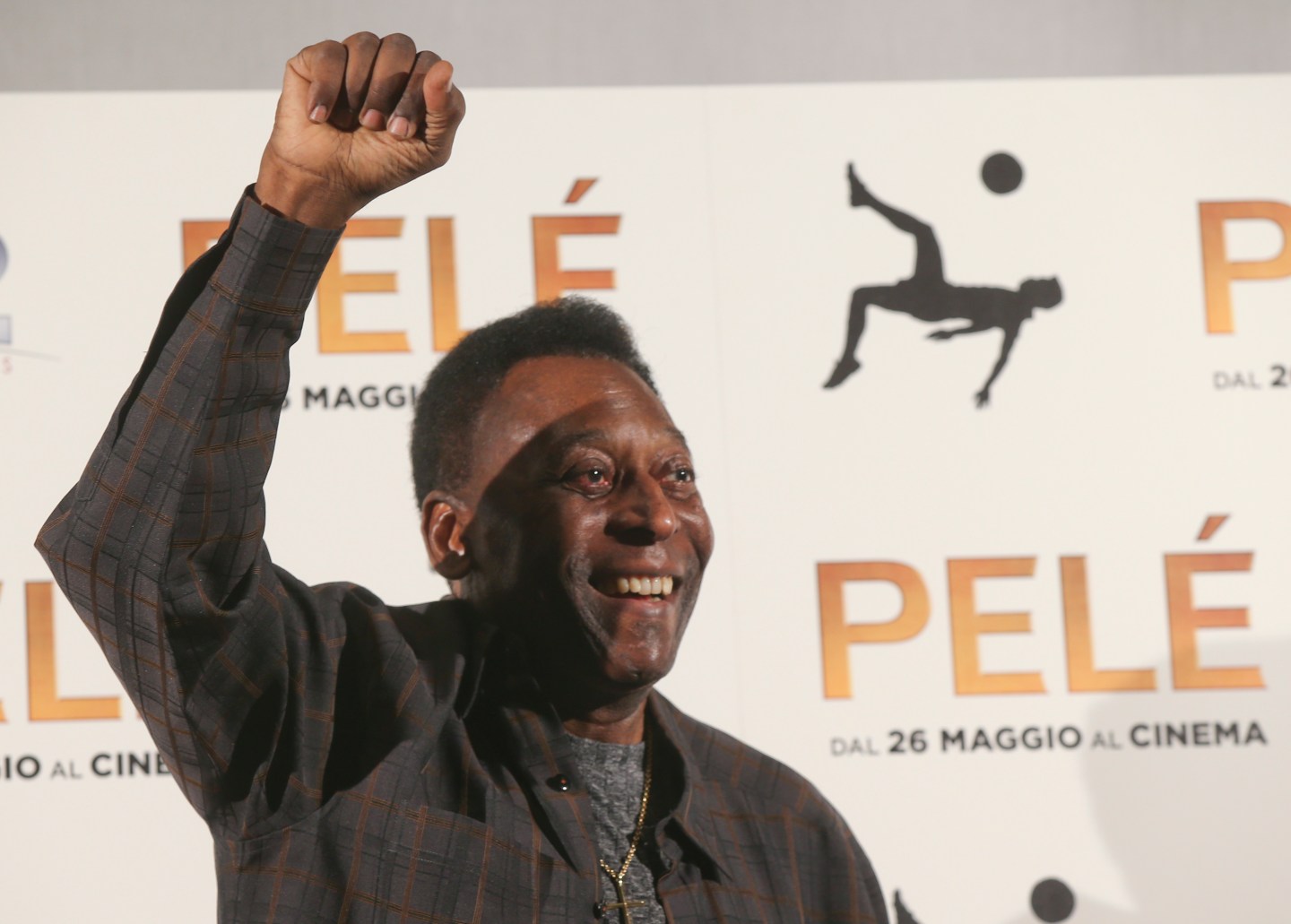 Whether or not Pelé scored almost 1,300 goals in his professional soccer career, all of his biographers agree that the three-time World Cup champion wrote more than 100 songs and sold more than 100,000 copies of one of his albums.

He was also in the movies, notably in the World War II film “Victory,” and was one of the stars of a Brazilian comedy that brought more than 3.6 million people to the theaters in the South American nation.

Pelé, whose full name was Edson Arantes do Nascimento, died Thursday with cancer at a hospital in Sao Paulo. He was 82.

Pelé’s success on the soccer field made him a sports icon, but he added to that with many performances as an actor and singer.

Pelé’s first big-screen moment came in a movie directed by Carlos Hugo Christensen in the same year he won his second World Cup title. The narrative starts at Pelé’s native city of Tres Coracoes, talks about his move to the Sao Paulo countryside city of Bauru and then on to Santos, where he becomes a global star.

Directed by John Huston, it was the movie Pelé said he had most fun doing. He played Cpl. Luis Fernandes, a soldier from Trinidad.

The plot involves prisoners of war preparing to face a German team in Nazi-occupied Paris amid their attempt to escape. At the time with the New York Cosmos, Pelé had the chance play with very different teammates — actors Sylvester Stallone and Michael Caine.

“If I had to give myself a grade as an actor it would be a 10,” Pelé jokingly said in several interviews after “Victory.”

He also told friends that the original script had Stallone in position to score the winning goal with a bicycle kick, but the American actor did not have the skills to do it, so he was placed as a goalkeeper instead. Former England captain Bobby Moore is also in the film, along with several other professional soccer players.

“Victory,” known as “Escape to Victory” in many places, made almost $28 million at the box office.

“The Clumsies and the King of Soccer” (Os Trapalhões e o Rei do Futebol, 1986)

This was an association between two of Brazil’s most popular brands at the time — a recently retired Pelé and a Three Stooges-like group of comedians who were widely popular for their TV program Os Trapalhões (The Clumsies). The movie’s opening was three days before the 1986 World Cup final in which Argentina, led by Diego Maradona, beat Germany 3-2. It took millions to the cinema in Brazil that year.

Pelé played the role of a sports reporter named Nascimento who replaced the injured goalkeeper of a team named Independência Futebol Clube and scored the winning goal of a match with a goal kick.

Brazilians are almost as obsessed with soap operas as they are with soccer, and Pelé had many cameos. Most of his appearances were on TV Globo’s soap operas, which are often exported to the rest of the world.

Author Ivani Ribeiro was the first to bring him to TV soap operas. She cast Pelé in a show named “Os Estranhos” (The Strangers), in which he played the role of a famous writer who lived on an island and had extraterrestrial friends.

Pelé’s last famous appearance in a soap opera came in 2002 in “O Clone” (The Clone), which was popular in dozens of other countries. He played himself and sang the song “Em Busca do Penta” (Seeking the Fifth). The lyrics were about Brazil winning the World Cup again. Three months later, Brazil won the World Cup for the fifth time.

“Peléginga” was his biggest hit. Recorded with a choir and an orchestra, the samba album included 12 songs written by Pelé and was released in 2006.

Three years later, the Brazilian star wanted to record another album for international audiences and invited U2 singer Bono to share the vocals on one of the tracks. The Irishman was on tour with his band, however, and the project was abandoned.

Pelé also recorded a record with Brazilian diva Elis Regina and released an album that was produced by Grammy-winning singer-songwriter Sergio Mendes.

Pelé has also been a character in widely popular comic books in Brazil. Cartoonist Mauricio de Sousa and Pelé, who was playing for New York Cosmos at the time, reached a deal in 1976 for the publication of children’s stories in comic book format.

At first, Pelé didn’t like the childlike features of Pelezinho. Sousa said in several interviews the player wanted to be portrayed as a strong child athlete. The cartoonist then made a suggestion that he should ask his children what they thought. Both kids loved it.

Sousa used several stories from Pelé’s childhood in Pelezinho plots. The comic books were published regularly from 1977-86, and after that on special occasions. The latest was in 2013 as Brazil hosted the Confederations Cup, a warm-up tournament for the following year’s World Cup in the country.