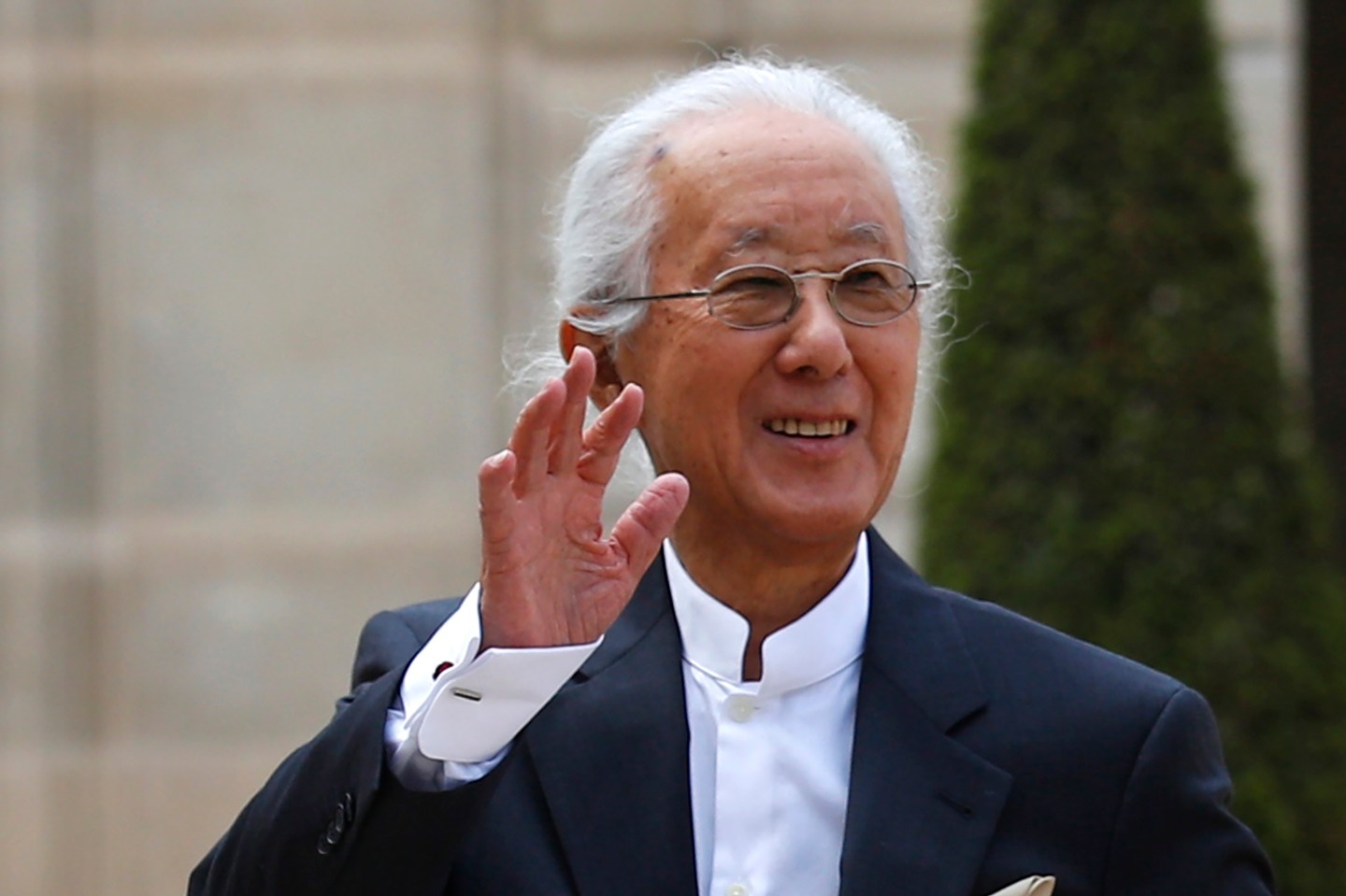 Arata Isozaki, a Pritzker-winning Japanese architect known as a post-modern giant who blended culture and history of the East and the West in his designs, has died of old age. He was 91.

Isozaki died Wednesday at his home on Japan’s southern island Okinawa, according to the Bijutsu Techo, one of the country’s most respected art magazines, and other media.

Isozaki won the Pritzker Architecture Prize, internationally the highest honor in the field, in 2019.

Isozaki began his architectural career under the apprenticeship of Japanese legend Kenzo Tange, a 1987 Pritzker laureate, after studying architecture at the University of Tokyo, Japan’s top school.

Isozaki founded his own office, Arata Isozaki & Associates, which he called “Atelier” around 1963, while working on a public library for his home prefecture of Oita — one of his earliest works.

He was one of the forerunners of Japanese architects who designed buildings overseas, transcending national and cultural boundaries, and also as a critic of urban development and city designs.

Among Isozaki’s best-known works are the Museum of Contemporary Art in Los Angeles and the Palau Sant Jordi stadium in Barcelona built for the 1992 Summer Games. He also designed iconic building such as the Team Disney Building and the headquarters of the Walt Disney Company in Florida.

That led to his theory that buildings are transitory but also should please the senses.

Isozaki had said his hometown was bombed down and across the shore.

“So I grew up near ground zero. It was in complete ruins, and there was no architecture, no buildings and not even a city,” he said when he received the Pritzker. “So my first experience of architecture was the void of architecture, and I began to consider how people might rebuild their homes and cities.”

Isozaki was also a social and cultural critic. He ran offices in Tokyo, China, Italy and Spain, but moved to Japan’s southwestern region of Okinawa about five years ago. He has taught at Columbia University, Harvard and Yale. His works also include philosophy, visual art, film and theater.