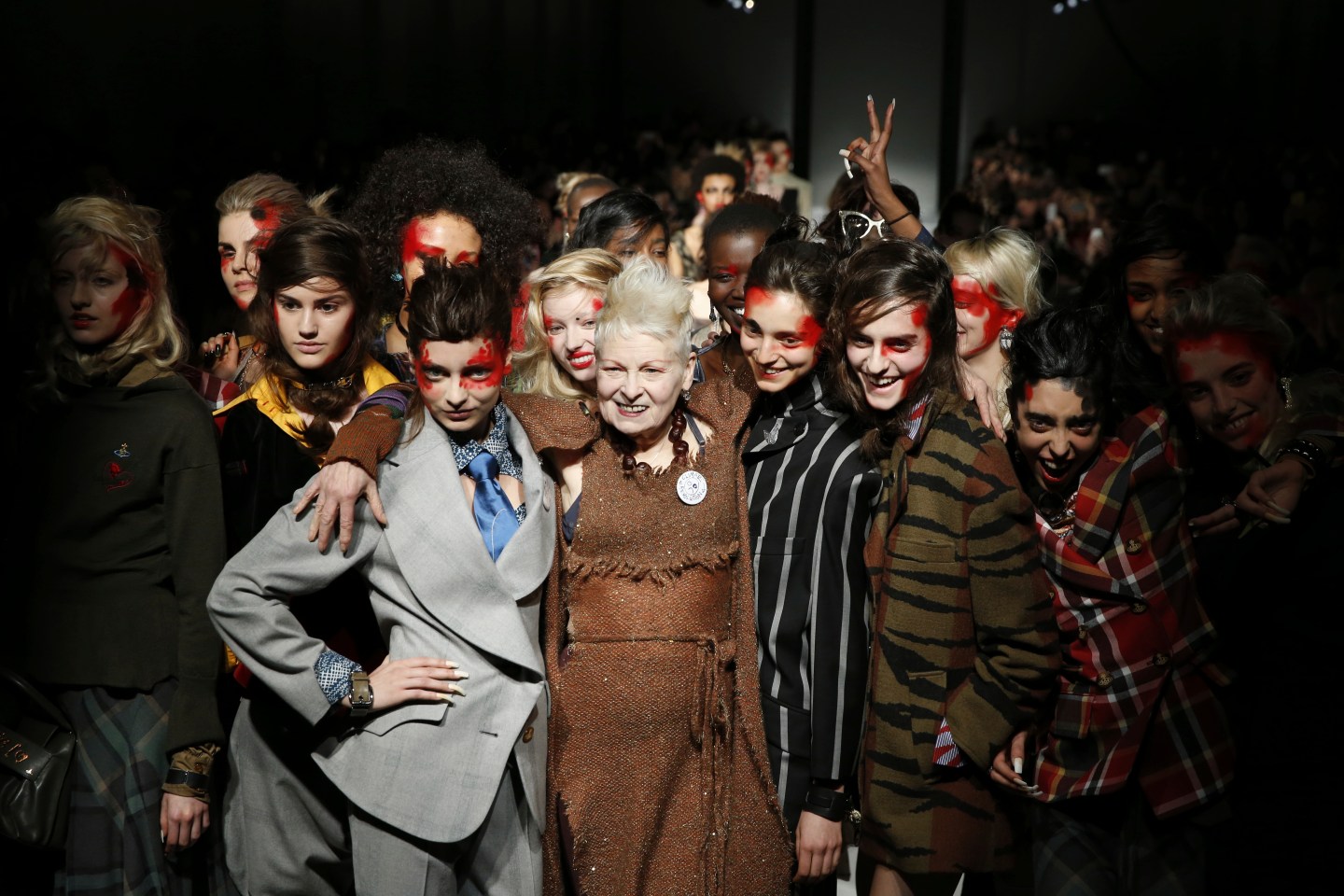 Vivienne Westwood, an influential fashion maverick who played a key role in the punk movement, died Thursday at 81.

Westwood’s eponymous fashion house announced her death on social media platforms, saying she died peacefully. A cause of death was not disclosed in the statement.

Westwood’s fashion career began in the 1970s with the punk explosion, when her radical approach to urban street style took the world by storm. But she went on to enjoy a long career highlighted by a string of triumphant runway shows in London, Paris, Milan and New York.

The name Westwood became synonymous with style and attitude even as she shifted focus from year to year. Her range was vast and her work was never predictable.

As her stature grew, she seemed to transcend fashion, with her designs shown in museum collections throughout the world. The young woman who had scorned the British establishment eventually became one of its leading lights, and she used her elite position to lobby for environmental reforms even as she kept her hair dyed the bright shade of orange that became her trademark.

Andrew Bolton, curator of the Costume Institute at the Metropolitan Museum of New York, said Westwood would be celebrated for pioneering the punk look, pairing a radical fashion approach with the anarchic punk sounds developed by the Sex Pistols, managed by her then-partner, Malcolm McLaren.

“They gave the punk movement a look, a style, and it was so radical it broke from anything in the past,” he said. “The ripped shirts, the safety pins, the provocative slogans. She introduced postmodernism. It was so influential from the mid-70s. The punk movement has never dissipated — it’s become part of our fashion vocabulary. It’s mainstream now.”

Westwood’s long career was full of contradictions: She was a lifelong rebel who was honored several times by Queen Elizabeth II. She dressed like a teenager even in her 60s and became an outspoken advocate of fighting global warming, warning of planetary doom if climate change was not controlled.

In her punk days, Westwood’s clothes were often intentionally shocking: T-shirts decorated with drawings of naked boys, and “bondage pants” with sadomasochistic overtones were standard fare in her popular London shops. But Westwood was able to make the transition from punk to haute couture without missing a beat, keeping her career going without stooping to self-caricature.

“She was always trying to reinvent fashion. Her work is provocative, it’s transgressive. It’s very much rooted in the English tradition of pastiche and irony and satire. She is very proud of her Englishness, and still she sends it up,” Bolton said.

One of those transgressive and contentious designs featured a swastika, an inverted image of Jesus Christ on the cross and the word “Destroy.” In an autobiography written with Ian Kelly, she said it was meant as part of a statement against politicians torturing people, citing Chile’s Augusto Pinochet. When asked if she regretted the swastika design in a 2009 interview with Time magazine, Westwood said no.

“I don’t, because we were just saying to the older generation, ‘We don’t accept your values or your taboos, and you’re all fascists,’” she responded.

She approached her work with gusto in her early years, but over time seemed to tire of the clamor and buzz. After decades of designing, she sometimes spoke wistfully of moving beyond fashion so she could concentrate on environmental matters and educational projects.

“Fashion can be so boring,” she told The Associated Press after unveiling one of her new collections at a 2010 show. “I’m trying to find something else to do.” At the time, she was talking up plans to start a television series about art and science.

Katz, a longtime correspondent for The Associated Press who died in 2020, was the principal writer of this obituary.