Women are more empathetic than men, study of hundreds of thousands of people finds—at any age and in any country in the world 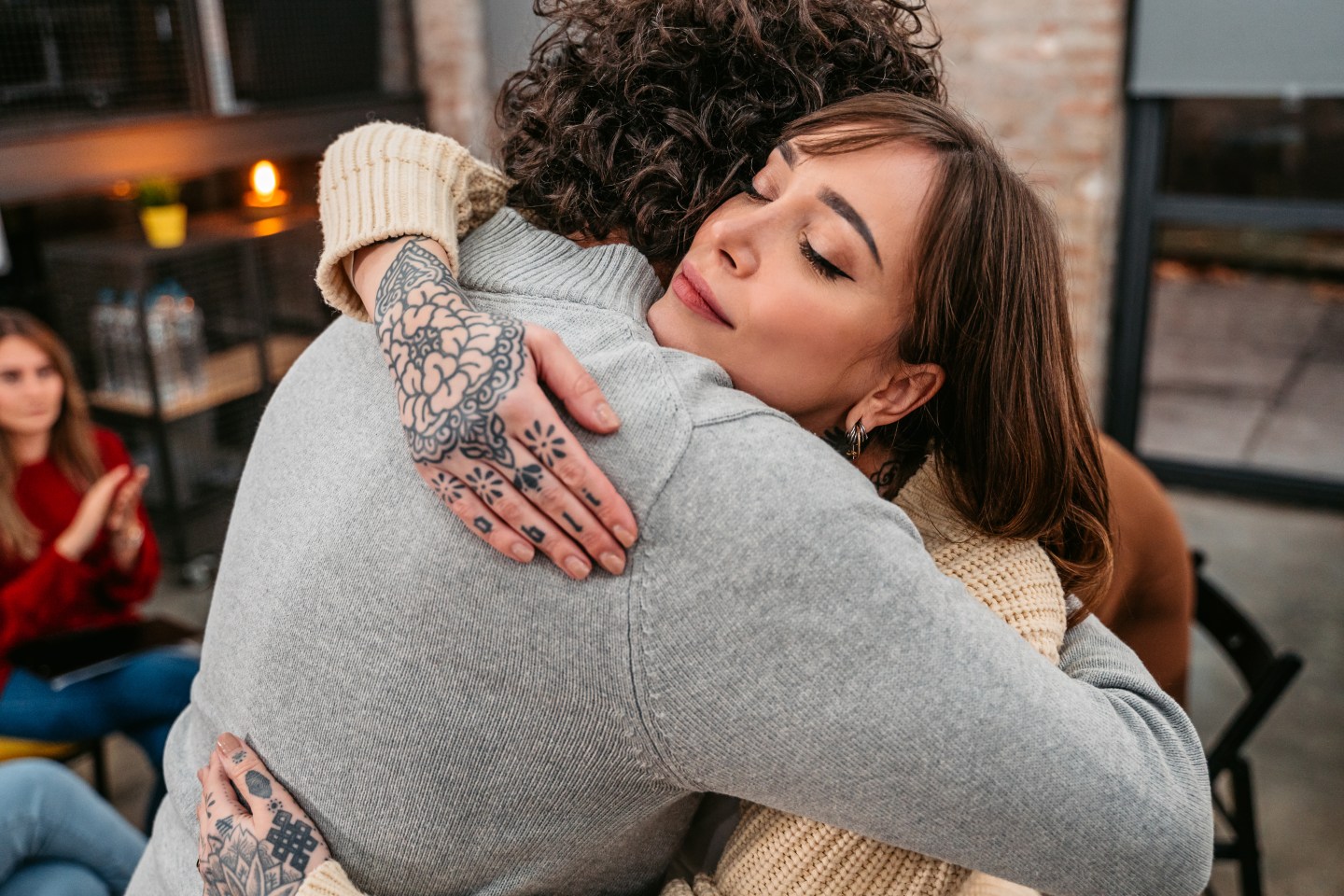 If you didn't know now you know. Women are better than men at understanding other people's feelings.
Urbazon/Getty Images

It was already common knowledge that women are better than men at placing themselves in other people’s shoes, but now science backs up that statement. Empathy—the ability to understand, imagine, or share the emotions others may be feeling—is a critical characteristic to have in pretty much every avenue of life, especially business.

Empathy has helped leaders become more successful in driving their businesses, and a workplace that fosters empathic relationships has even proven to be a more productive one. Economist and long-time political adviser Jeremy Rifkin even wrote a whole book about it, in which he described empathy as “the very means by which we create social life and advance civilization.” Now there’s evidence that men everywhere have a lot to learn from women about understanding other people’s emotions.

There are different types of empathy. Affective empathy, for instance, is the measure of someone’s ability to share another person’s emotions and feel what they feel, think feeling sad when a friend tells you a distressing story. Cognitive empathy, on the other hand, is to what extent a person can understand someone else’s emotions and adopt their perspective to appreciate how something made them feel that way.

Females, on average, score significantly higher in cognitive empathy scores than males regardless of nationality, language spoken, and age, a massive new study published on Monday in the journal PNAS found.

The study, led by neuroscientists and psychologists at Cambridge University in the U.K., Harvard University in the U.S., IMT School for Advanced Studies in Italy, and Bar-Ilan University and Haifa University in Israel, utilized an online test to gauge the empathic reactions of over 300,000 people aged 16 to 70 from 57 countries around the world.

Women, perhaps unsurprisingly, did a lot better. Females scored higher on cognitive empathy than males in every single country in the experiment, and in 36 of them, women received much higher scores than men.

“Our results provide some of the first evidence that the well-known phenomenon—that females are on average more empathic than males—is present in a wide range of countries across the globe. It’s only by using very large data sets that we can say this with confidence,” David Greenberg, a psychologist and social neuroscientist at Israel’s Bar-Ilan University and lead author on the study, said of its findings.

The exam used in the study is known as the “Reading the Mind in the Eyes” test, and it shows users still images of people’s eyes before asking test-takers to identify which emotion each image is displaying. The test was first developed in the U.K. in 1997 and has since become one of the most widely-used tests in the so-called “theory of the mind” psychology field, which seeks to better understand cognitive empathy abilities.

The new study builds on existing research that suggests women are more cognitively empathic than men. One 2011 study even pointed towards women on average being more empathetic than men towards animals and more likely to support animal protection movements.

Simon Baron-Cohen, a Cambridge psychologist and author on the latest research, led another study in 2001 that found a significant “trend towards a sex difference” in favor of women when it came to cognitive empathy.

The researchers were unable to identify exactly why women are so much better equipped at understanding other people’s emotions than men, they suggested the ability has just as much to do with upbringing and environment as biology, recommending future research to focus on the discrepancy.