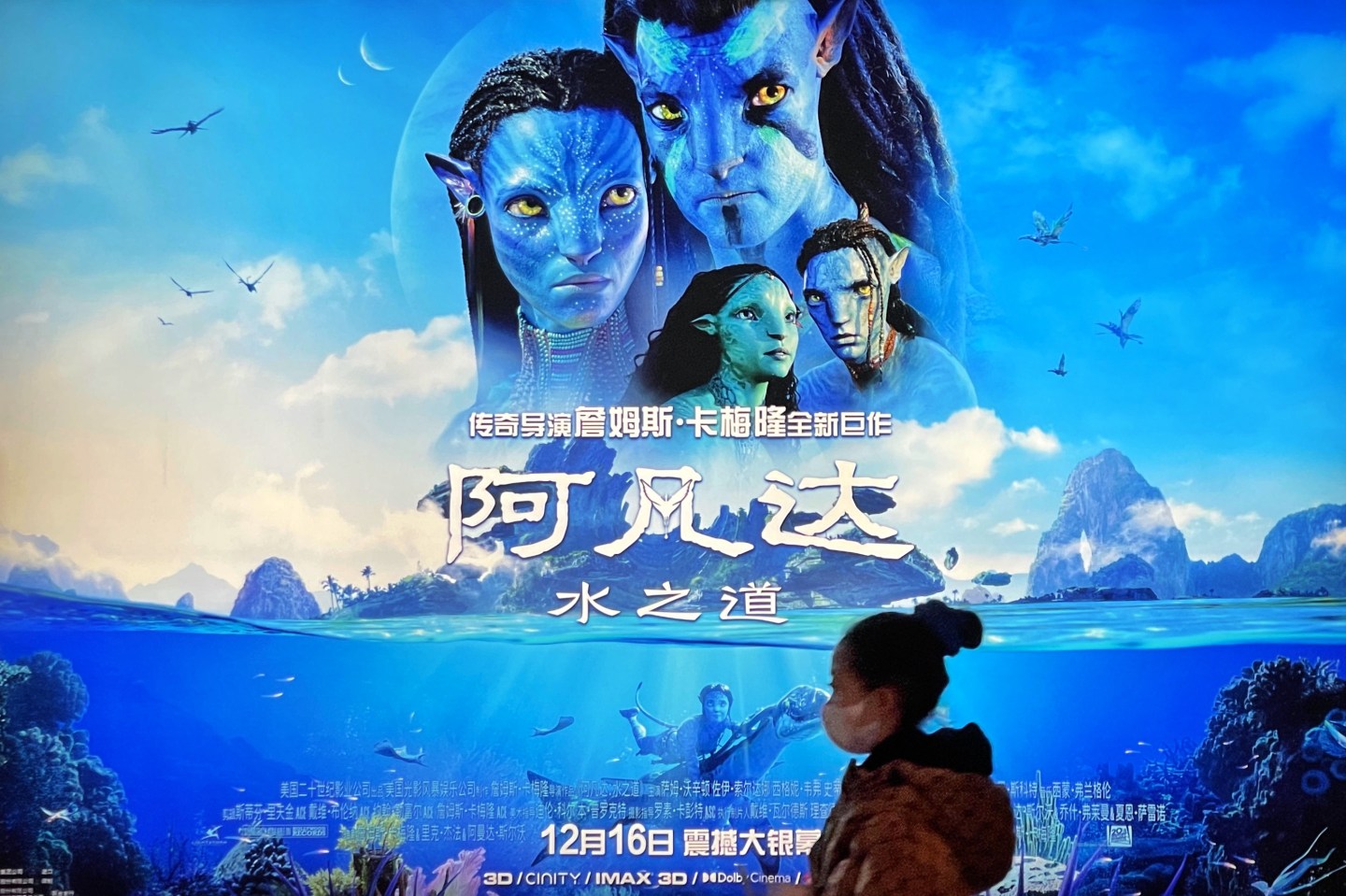 Avatar: The Way of Water' actually got a release in China, as seen here in Beijing.
VCG/VCG/Getty Images

“Avatar: The Way of Water” sailed to the top of the box office in its second weekend, bringing in what studios estimate Sunday will be a strong $56 million in North America — a sign that the sequel may stay afloat into the new year and approach the massive expectations that met its release.

James Cameron’s digital extravaganza for 20th Century Studios has made $253.7 million domestically in its first 10 days of release, compared to $212.7 million in the same stretch for 2009’s first “Avatar,” which would go on to become the highest-grossing film of all time.

While Cameron’s films like the “Avatar” original and “Titanic” tend to have serious legs at the box office, sequels tend to open big and decline quickly, complicating guesses on where the film will end up. Its second-weekend drop-off from the $134 million it made in its first was not precipitous, given the way blockbusters open.

“This is James Cameron’s first $100 million opener,” said Paul Dergarabedian, senior media analyst for Comscore. “For this movie to have opened that big and only dropped 58%, it shows it has staying power.”

Globally, “The Way of Water” is already the third highest-grossing film released in 2022, bringing in $855 million — putting it behind only “Top Gun: Maverick” and “Jurassic World Dominion” — and is a lock to surpass $1 billion.

It’s also clear sailing for the film looking ahead, with more holiday time coming and no comparable competition until February, when Marvel’s “Ant-Man and the Wasp: Quantumania” is released.

Storms across the U.S. could keep people home, however.

“The biggest foe that Avatar is facing at this moment is the weather,” Dergarabedian said.

Universal’s animated Shrek spinoff, “Puss in Boots: The Last Wish,” featuring the voices of Antonio Banderas and Salma Hayek, finished a distant second with $11.35 million in its opening weekend.

Sony’s biopic “Whitney Houston: I Wanna Dance With Somebody” finished third with $5.3 million.

The weekend’s biggest disappointment was “Babylon,” the epic of early Hollywood from “La La Land” director Damian Chazelle starring Brad Pitt and and Margo Robbie. In a nationwide release it brought in just $3.5 million, finishing fourth.

The tepid, $6.5 million opening weekend in October of director David O. Russell’s “Amsterdam,” another film, set in a similar period, that combined prestige, scope, star power and a celebrated auteur, brought industry worries that audiences just weren’t flocking to theaters for such films.

The concerns proved justified, as “Babylon” barely made more than half of the opening of “Amsterdam.”

The coming weeks in theaters, streaming showings and any nominations it may get could help “Babylon” rise above bomb status.

“I would say Babylon is a movie that isn’t about the opening weekend,” Dergarabedian said. “We’ll have to see what it does in the coming weeks then into the new year, particularly if it gets more awards buzz.”