Mackenzie Scott isn’t the only one giving away her fortune. These are the billionaires who made ground-breaking donations in 2022 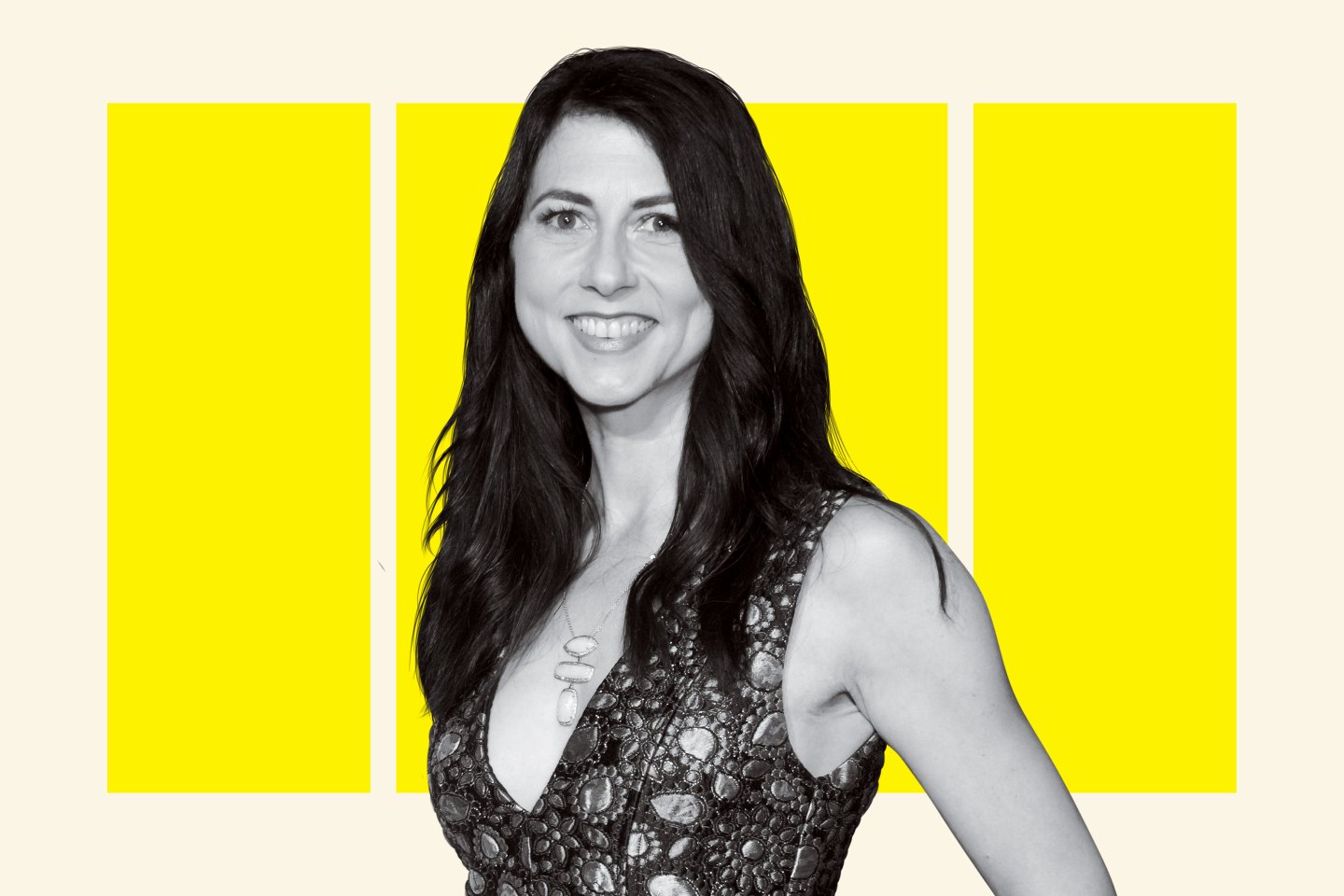 If the first year of the COVID-19 pandemic minted a record number of new billionaires, then 2022 was the year of the giant billionaire philanthropic donation.

All year, there has been a steady trickle of announcements from billionaires pledging to give away the inordinate pile of cash they have amassed to groups (often their own foundations) set up to fight the huge challenges the world is facing, from combatting climate change to eradicating poverty.

“Giving a billion in a year puts you in pretty rare company,” Elizabeth Dale, an associate professor of nonprofit leadership at Seattle University, told Fortune, adding, “Anytime someone’s making an announcement of giving more than a billion dollars in a year, we know that they’re going to be one of the largest donors in a typical year.”

Here are the largest donations the world’s richest have made this year. This list is not exhaustive and only includes those who have donated north of $1 billion. It is notably missing Bernard Arnault and Elon Musk, who are the first and second richest people in the world at the time of publication.

At his annual summer party in June, Warren Buffett announced he had given away another $4 billion donation worth of shares in his conglomerate Berkshire Hathaway — the 17th time Buffett had made this annual gift. At the time of the announcement, the donation pushed Buffett’s total lifetime commitment to charity to $48 billion.

Beyond the Bill and Melinda Gates Foundation ­— which Buffet once chaired and usually donates the largest sum to — the other four charities are run by his three children.

But his philanthropic donation didn’t end there for the year. In November, Buffett made another surprise  $750 million donation in Berkshire Hathaway stock on Thanksgiving eve — the first time the 92-year-old has made a second major gift within the same year.

But unlike his usual annual donation, the Bill and Melinda Gates Foundation was noticeably missing from the roster of recipients. Buffett said the timing and the recipients of the second donation were no coincidence and it was his way of giving thanks to his children for their charitable work.

Microsoft co-founder Bill Gates joined Buffett this year in planning to give away his entire fortune.

“As I look to the future, I plan to give virtually all of my wealth to the foundation,” Gates wrote in a tweet in July, when he announced he was donating another $20 billion to the Bill & Melinda Gates Foundation.

“I have an obligation to return my resources to society in ways that have the greatest impact for reducing suffering and improving lives. And I hope others in positions of great wealth and privilege will step up in this moment too,” Gates wrote in a tweet.

Gates and his ex-wife Melinda French Gates have already pledged more than $50 billion to the foundation since 1994. For Bill to achieve his lofty goal of giving away his entire fortune, it would mean another $116 billion going towards his charity, which fights disease and poverty around the world.

In a blog post published in July, Gates wrote that the Gates Foundation, which he founded with his wife in 2000, plans to boost its annual spending by 50% — to $9 billion by 2026, up from its current $6 billion.

“It is now clear that the need in all the areas where we work is greater than ever. The great crises of our time require all of us to do more,” Gates wrote, adding that the huge global setbacks ranging from the COVID-19 pandemic to Russia’s invasion of Ukraine, shouldn’t discourage people from trying to make the world better. “Focusing on being part of the solution is better than giving up in despair,” he wrote.

But no goods deed goes unpunished. Gates and his foundation became a prominent target for coronavirus conspiracy theories, including false claims that link him to the coronavirus’ origins or suggest he planned to use the COVID vaccines to implant monitoring microchips in billions of people. “You almost have to laugh because it’s so crazy,” Gates said in a BBC Interview in May.

Another person to join the roster of the world’s richest people giving away their entire fortune was Amazon founder Jeff Bezos.

Bezos announced in November that he plans to give away the majority of his $122 billion fortune ­­­— after years of criticism for his relative lack of philanthropy when compared with his billionaire peers. Bezos is noticeably missing from the list of signatories to the Giving Pledge, a campaign founded by Buffett and Gates which encourages the world’s wealthiest to give half their net worth to charity.

The world’s fourth richest person made his pledge after giving $100 million to the country singer Dolly Parton to give to charities of her choice as part of Bezos’s annual Courage and Civility award.

When making the announcement with his girlfriend Lauren Sanchez, Bezos said: “The hard part is figuring out how to do it in a levered way — it is not easy.

“Building Amazon was not easy. It took a lot of hard work and a bunch of very smart teammates. Philanthropy is very similar. It is really hard and there are a bunch of ways you can do ineffective things, too.”

Bezos did not specify how he plans to divvy out his fortune nor did he provide any details of exactly which causes are likely to be his biggest focus.

“There’s still a lot we don’t know,” Benjamin Soskis, a senior research associate at the Urban Institute’s Center on Nonprofits and Philanthropy, told CNBC’s Make It program, adding: “If he is going to make good on his pledge, he is almost definitely going to be one of the major philanthropists of the first half of the 21st century.”

But part of the move to commit the huge sum may be in part of the growing public pressure to do so after the very public and prolific philanthropic efforts of his ex-wife MacKenzie Scott following her divorce from the 58-year-old billionaire.

Since taking control of her post-divorce fortune, Scott gave away more than $12 billion of her now $27 billion net worth in only two years.

In the first Medium blog post she published, in what would become a biannual series of essays announcing her donations, Scott wrote: “Last year I pledged to give the majority of my wealth back to the society that helped generate it, to do it thoughtfully, to get started soon, and to keep at it until the safe is empty.”

As the story of her huge donations first broke, Scott revealed in late March that she’d given away another $3.9 billion ­since June 2021. In the Medium post, the world’s 22nd-richest person listed her latest recipients, which were mostly underrepresented people who live in the regions they support and have personal knowledge of the issues they hope to address.

After the shock of her huge donation subsided, she did it again, announcing in a November Medium post that she had given another $2 billion to more than 300 organizations in the last seven months.

In an explosive Bloomberg article exposing the use of donor-advised funds, or charitable investment accounts, that are used by the ultra-wealthy to park their money to reap the tax benefits of donating to charity without actually having to give the money away to the needy, Scott was named as one of the few philanthropists who used the fund correctly.

“Part of why MacKenzie Scott has really made the headlines is kind of in the way she’s done it,” says Dale, noting that Scott stands out from her peers because of the speed in which she has managed to get her money to the people who need it. “When she made her first announcement like ‘I’ve given $1.6 billion’ that was out the door. You had a list of organizations that were receiving that money,” Dale says.

The world’s third richest man Gautam Adani made a pledge in June to donate 600 billion rupees ($7.7 billion) to a range of social causes to mark his 60th birthday and pay tribute to the birth centenary year of his father, Shantilal Adani.

India’s wealthiest people have been criticized in the past for not donating more to philanthropic causes. The India Philanthropy Report 2021 by global consultancy firm Bain and Co. found that on average, the country’s ultra-rich with a net worth of more than 500 billion rupees, had donated 0.5% of their wealth.

The donation instantly propelled Adani into the echelons of Western philanthropists who have given away significant portions of their wealth.

The funds, which will be managed by the Adani Foundation, will go to healthcare, education, and skills development, with a particular focus on India’s rural regions.

“Our experience in large project planning and execution and the learnings from the work done by the Adani Foundation will help us uniquely accelerate these programs,” Adani said in a statement in December.