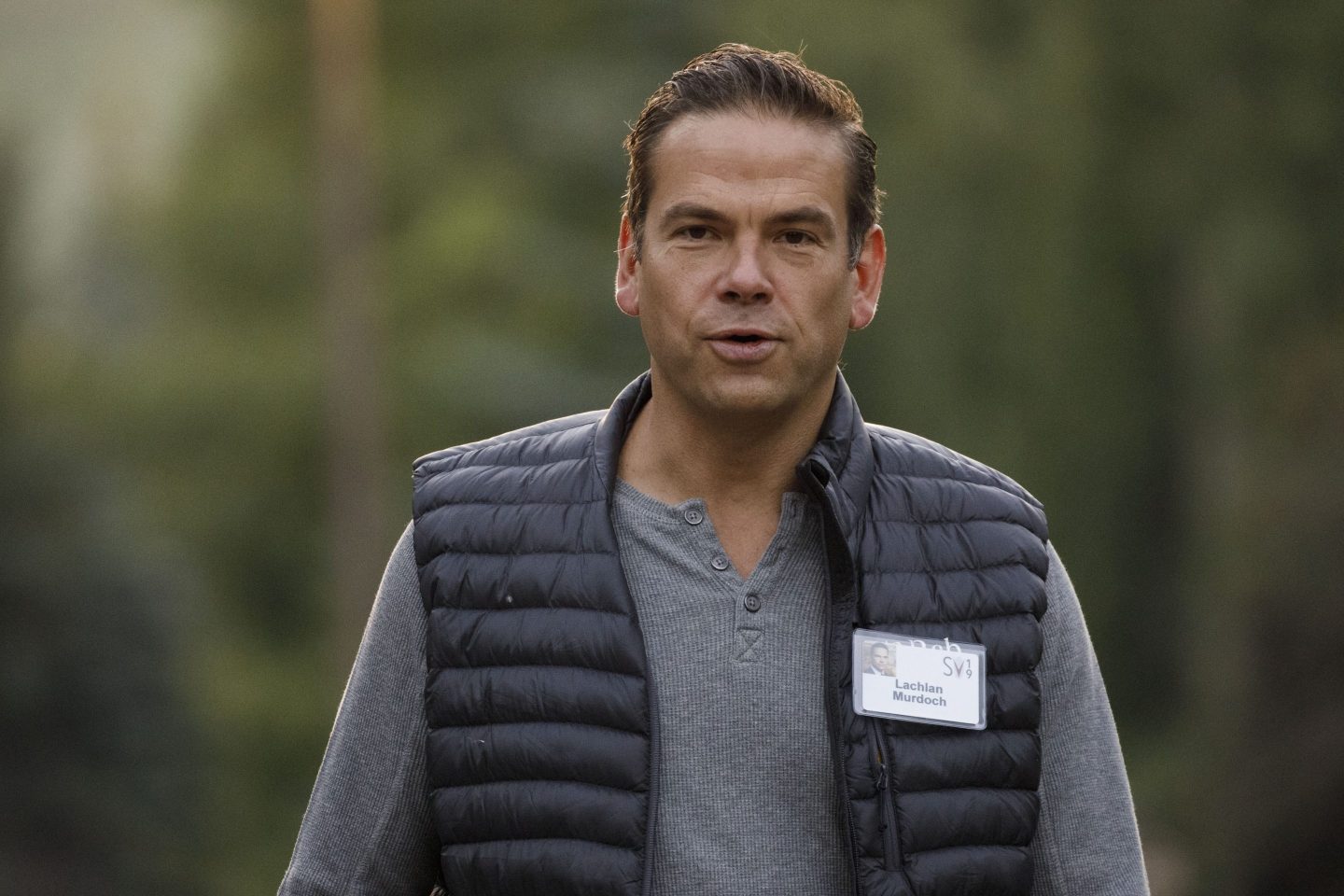 Lachlan Murdoch summoned the business leaders of Fox Corp. and News Corp. to Chartwell, his $150 million Los Angeles estate, for a rare meeting in February.

While his father Rupert Murdoch, the billionaire co-chairman of both businesses, preferred to let his executives compete against each other, his eldest son had a different plan. The companies needed an empire-wide initiative to tackle Web 3.0, a more decentralized internet that could have a big impact on Murdoch outlets like Fox News and the Wall Street Journal.

But the biggest takeaway for those attending the meeting wasn’t the future of media, according to Australian journalist Paddy Manning. It was more simple: “Lachlan’s in charge.”

The anecdote is the last chapter in Manning’s new book, The Successor, an unauthorized biography of Lachlan Murdoch, published Tuesday by Canada’s Sutherland House Books.

Manning’s timing couldn’t have been better. Last month, the Murdochs said that the boards of Fox and News Corp. had formed special committees to examine putting the two businesses together again after almost a decade as separate companies. Many Murdoch observers see the move as an effort by Lachlan, who serves as executive chair and chief executive officer at Fox and co-chair at News Corp., to further consolidate his power.

What that means for the conservative media empire that Rupert Murdoch built over seven decades is what Manning tries to answer. The answer is as elusive as its subject.

Lachlan Murdoch, 51, was born in London, but raised in New York, along with his younger brother James, 49, and sister Elisabeth, 54. He attended prep schools and studied philosophy at Princeton University, and enjoyed rock climbing, before giving up the sport. After graduation, he worked for the family newspapers in the UK and Australia, while Elisabeth and James focused on TV.

Disagreements with Dad prompted Lachlan to leave News Corp. in 2005 and start his own investment firm in Australia. A series of deals followed, some successful, like Nova Entertainment, a radio station group he still owns. Others were not, most notably Australia’s Network 10, a TV station which Murdoch tried to turn around but failed.

Lachlan returned to the family business in 2014 after a nearly decade-long absence and has been the heir apparent since his brother James left with the sale of most of Fox’s entertainment assets to Walt Disney Co. in 2019. The following year, James quit the News Corp. board as well, saying he disagreed with the editorial direction and strategy. The real-life drama within the Murdoch family was beginning to look even more like Succession, the HBO show it inspired.

Much like the characters in the series, Lachlan leads a luxurious life, with multiple estates, custom-built Porsches and a $30 million yacht he acquired this year. Another $175 million ship is on the way. Like his father, he hobnobs with prime ministers and fellow titans of industry, but doesn’t love the limelight. He’s sued Australian media multiple times over their articles about him, something his father has never done, according to Manning.

Murdoch doesn’t weigh in on editorial decisions the way his father historically has. But his overall political leanings are conservative, and he’s been there to defend Fox News hosts like Tucker Carlson, even over their most controversial statements. An avid outdoorsman, he identifies with the rugged individualism most associated with America’s red states, even though he relocated his family to Australia during the pandemic.

Just as he runs his private investment firm, Lachlan makes smaller bets at Fox than his father. In the past few years, the company has acquired businesses as disparate as Tubi, an ad-supported streaming service, and Credible Labs Inc., an online loan broker. Fox is still heavily dependent on broadcast and cable TV, two businesses losing viewers to online options.

The largest shareholder of both companies is a family trust, over which Rupert, 91, has the most say. On his death, his votes will pass to his four oldest children, including Prudence, from his first marriage. Two younger children are beneficiaries but don’t have a vote. Whether Lachlan has the support of the three elder siblings to stay on as CEO remains to be seen. It’s just the kind of drama to keep people tuning in.