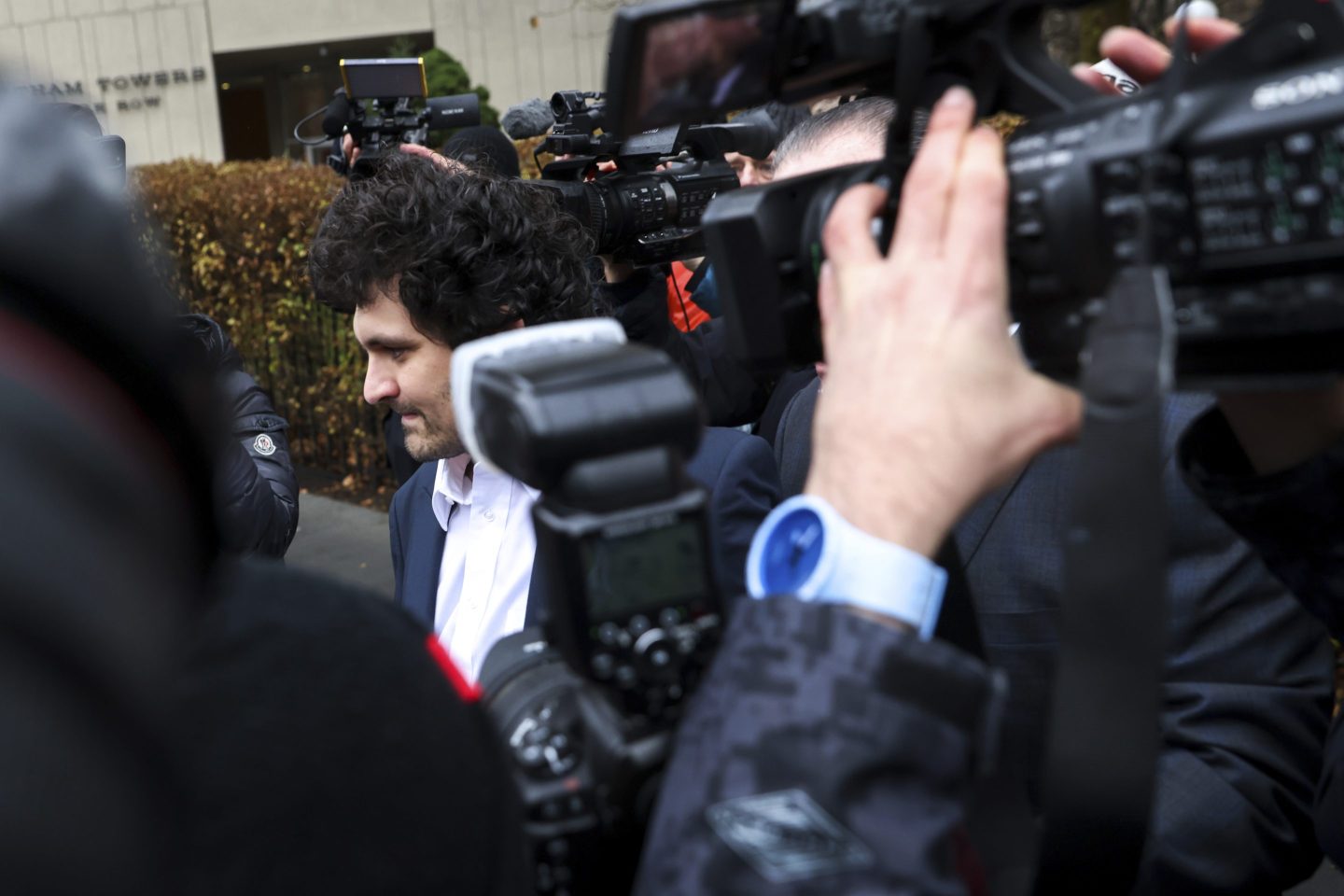 A judge kept secret that two of Sam Bankman-Fried’s closest associates had turned against him so the cryptocurrency entrepreneur wouldn’t get spooked and fight extradition from the Bahamas, according to court transcripts made public Friday.

U.S. prosecutors in New York waited until Bankman-Fried, the founder of the collapsed crypto exchange FTX, was in FBI custody before revealing that his business partners, Carolyn Ellison and Gary Wang, had secretly pleaded guilty to fraud charges and were cooperating in the investigation, which can earn them leniency at sentencing.

U.S. Attorney Damian Williams announced the guilty pleas when Bankman-Fried was in the air late Wednesday.

Prosecutors had been concerned that if Bankman-Fried found out his friends were cooperating, he might try to fight extradition from the Bahamas, where he had been arrested at the request of U.S. authorities.

Ellison, 28, and Wang, 29, entered their guilty pleas in Manhattan federal court Monday to charges that carry a potential penalty of decades in prison.

At that hearing, Assistant U.S. Attorney Danielle Sassoon told the judge prosecutors had expected Bankman-Fried to consent to extradition Monday before there were “some hiccups in the Bahamian courtroom.”

“We’re still expecting extradition soon, but given that he has not yet entered his consent, we think it could potentially thwart our law enforcement objectives to extradite him if Ms. Ellison’s cooperation were disclosed at this time,” Sassoon told U.S. District Judge Ronnie Abrams.

The judge got assurance from Ellison’s lawyer that there was no objection to the request before granting it.

“Exposure of cooperation could hinder law enforcement officials’ ability to continue the ongoing investigation and, in addition, may affect Mr. Bankman-Fried’s decision to waive extradition in this case,” Abrams said.

Bankman-Fried, 30, appeared in court in New York on Thursday. He was released on the condition that he live under house arrest with his parents in Palo Alto, California, while awaiting trial.

The home where he was staying was protected Friday by heightened security, including a Stanford University security guard posted about 50 yards (46 meters) from the home to keep passersby away. The school’s president lives nearby.

They and Bankman-Fried are accused of defrauding customers and investors by illegally diverting massive sums of customer money from FTX to make lavish real estate purchases, donate money to politicians and make risky trades at Alameda.

In court Monday, Ellison said since FTX and Alameda collapsed in November, she has “worked hard to assist with the recovery of assets for the benefit of customers and to cooperate with the government’s investigation.”

“I am truly sorry for what I did. I knew that it was wrong. And I want to apologize for my actions to the affected customers of FTX, lenders to Alameda and investors in FTX,” she said, according to a transcript.

Ellison said she was aware from 2019 through 2022 that Alameda was given access to a borrowing facility at FTX.com that allowed Alameda to maintain negative balances in various currencies.

She said the practical effect of the arrangement was that Alameda had access to an unlimited line of credit without being required to post collateral and without owing interest on negative balances or being subject to margin calls or liquidation protocols.

Ellison said she knew that if Alameda’s FTX accounts had significant negative balances in any currency, it meant that Alameda was borrowing funds that FTX’s customers had deposited into the exchange.

“While I was co-CEO and then CEO, I understood that Alameda had made numerous large illiquid venture investments and had lent money to Mr. Bankman-Fried and other FTX executives,” she said.

Ellison said she understood that Alameda had financed the investments with short-term and open-term loans worth several billion dollars from external lenders in the cryptocurrency industry.

When many of those loans were recalled by lenders in June, she agreed with others to borrow several billion dollars from FTX to repay them.

From July to October, Ellison said, she agreed with Bankman-Fried and others to provide misleading financial statements to Alameda’s lenders, including quarterly balance sheets that concealed the extent of the company’s borrowing and the billions of dollars in loans it had made to FTX executives and others.

“I agreed with Mr. Bankman-Fried and others not to publicly disclose the true nature of the relationship between Alameda and FTX, including Alameda’s credit arrangement,” Ellison said.

During his plea earlier Monday, Wang said that he made changes to computer code to enable the transactions with Alameda.

“I knew what I was doing was wrong,” he said.