‘My entire life is held together with Scotch tape’: Here’s why 2022 was absolutely brutal for working moms 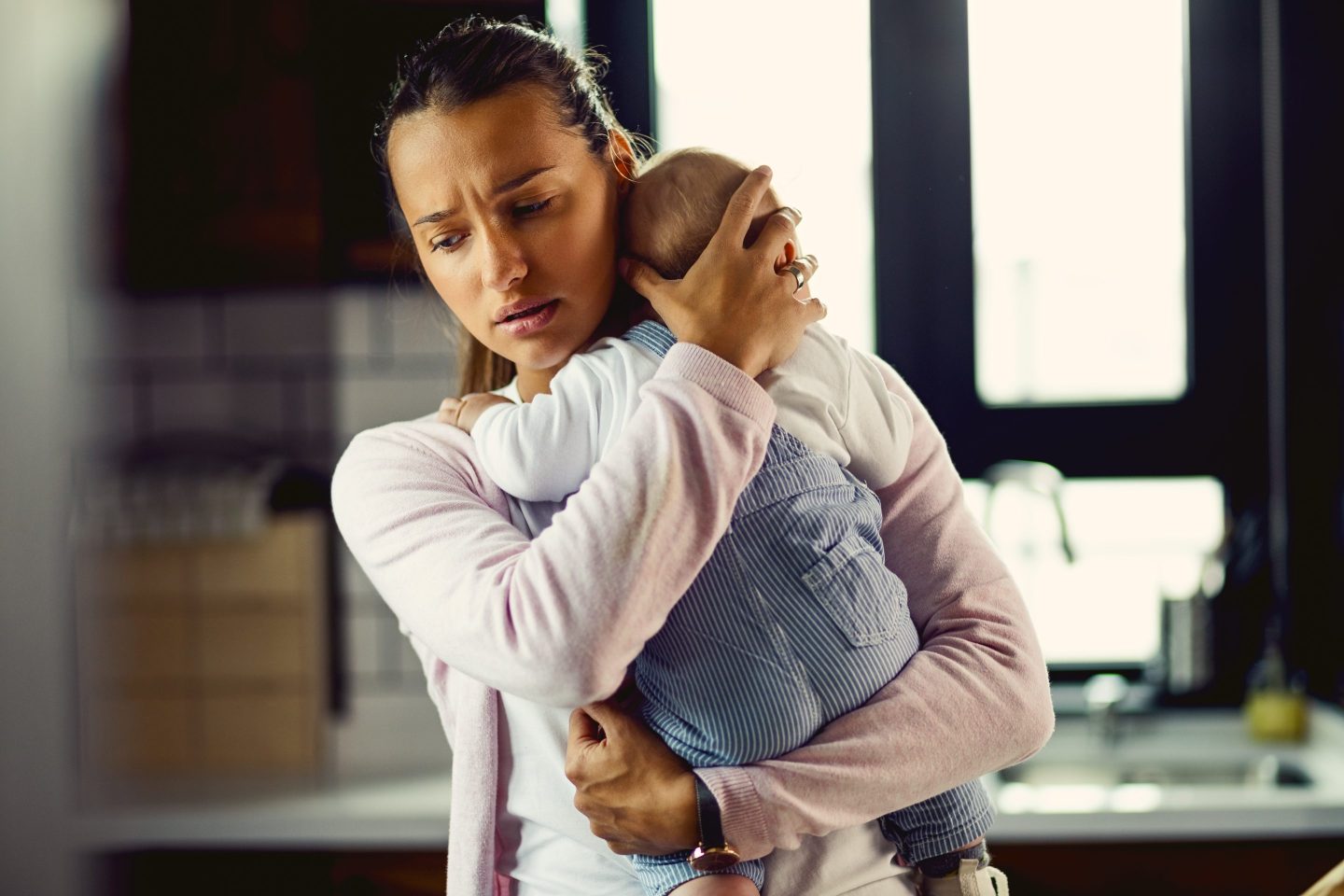 As 2022 started, it felt like more of the same for America’s working mothers: a third year of Covid 19-related illnesses, disruptions and quarantines that left them barely juggling the balance of running a household while holding down a job.

Then came a formula shortage that had parents scrambling to feed their kids, just as a bill that would have extended breastfeeding protections at work . Inflation at a four-decade high made everything from diapers to gas to babysitters more expensive. The fall brought more bouts of illness for kids and now shortages of the medicines used to treat them.

Despite Democrats listing it as a top priority, monthly tax credit payments for parents weren’t included in a funding bill Congress is likely to pass this week. And a looming rollback of pandemic aid is threatening the child care industry it helped keep afloat.

Meanwhile, a rollback of Roe v. Wade from the US Supreme Court means that 18 million women of reproductive age are living in states where they have less control over entering into parenthood at all. Research shows that access to abortion is linked to improvements in women’s educational attainment, earnings, and financial well-being.

“My entire life is held together with Scotch tape and I’m just figuring it out as I go,” said Lauren Finney Harden, a 38-year-old mom living in Atlanta.

Like many working parents, Finney Harden has created an elaborate — and delicate — system to keep her household running while maintaining a full-time job as a content strategist. Despite having an autoimmune disease, she’s sent her two-year-old to day care through the recent rise in Covid, RSV, and flu cases. When her daughter gets sick, Finney Harden taps family nearby to help out with child care. When that fails, she and her husband juggle working from home with a sick child.

“Every day it feels like to me I am passing a loaded gun off to the day care, or bringing one home because I just don’t know what’s around the corner,” Finney Harden said.

More Americans missed work this fall than at any other time during the pandemic because of child-care problems or other family obligations, according to the US Bureau of Labor Statistics. The US child-care workforce is down 8% from pre-pandemic levels, according to government data, and half of providers say the shortage has forced them to cut back on how many children they serve.

on burnout, Congressman Richard Neal of Massachusetts highlighted a lack of paid family leave and affordable child care as two major reasons the US economy isn’t working for women. Neal said the fatigue was in many ways “uniquely American.”

The absence of so-called family friendly policies isn’t new, but the pandemic spotlighted how crucial they can be to keep the US economy going. It seemed for a moment like relief might come, with federal-guaranteed paid family leave and caps on child-care costs included in President Joe Biden’s $2 trillion economic spending package. At the tail end of last year, both were left on the cutting room floor.

“It’s almost like we have amnesia,” said Vicki Shabo, a senior fellow focused on paid leave policy at New America, a nonprofit think tank. “The pandemic brought into sharp relief the need we have in this country to invest in care.”

The US spends less than 0.5% of its GDP on early childhood education and care, while some countries allocate triple that share. A US Department of Labor study found that if the US offered policies similar to Canada and Germany, which both support new parents for months, it could add more than 5 million women to the workforce. That would translate to more than $500 billion in annual economy activity.

For Maggie Lopez, a single mom of three in Texas, affording child care so she can work is at the top of her list of worries.

Lopez, 35, lost her income this month when she shut down her home day care business: The house she lives in is owned by her cousin, who plans to sell it, so she won’t have anywhere to operate. For now, she’s picking up shifts at a grocery delivery service and selling items on Facebook Marketplace to pay the bills for herself, a toddler, a 12-year-old and a 14-year-old.

“I feel guilty and I feel stuck,” Lopez said. “My money is just draining. I can’t go to work because I need child care, then I have to ask my older daughters to step up, which is also not their responsibility.”

The backdrop is one of unrelenting rising costs. Nationwide, the average weekly rate for a nanny was $719, up 4% from last year. For a childcare center, it was $229 a week, up from $226 in 2021. One third of millennial and Gen Z moms paying for child care say it contributes to financial stress, according to a March survey of 17,000 mothers. Meanwhile, the share of Americans struggling to pay bills is approaching its 2020 peak and US household debt is climbing at the fastest pace since the Great Financial Crisis.

“It’s not just that motherhood has gotten harder, the way things are economically has,” said Nathalene Carter, a mother of three in Florida.

The 38-year-old said expenses for her household — which includes her husband and three teenagers — have skyrocketed. In the last year, Carter’s car insurance jumped by $70 a month, and property insurance is up $1,400 annually. The price of some groceries in her area has nearly doubled but wages at her job, working for a nearby city in housing and urban development, have stayed flat.

“We no longer make livable wages,” Carter said. “All we make is survivor rates.”

In the absence of policy movement on the federal level, some states are taking action on their own.

In addition to the 13 states that , five more — Colorado, Delaware, Maryland, New Hampshire, and Oregon — have plans that will go into effect in the coming years. Last month, California introduced the country’s .

Most households that received the credit used it for basics like food, utilities, housing and clothing, according to the Center on Budget and Policy Priorities. After the payments ended late last year, , a study from the Center on Poverty & Social Policy at Columbia University shows.

In the meantime, Baker said she’s been paying bills with a mix of other government assistance, help from local nonprofits and online fundraisers. She plans to return to her job, as a housekeeper at a local hospital where she earns $15 an hour, in the new year.

“There are days we could be starving and then somebody will donate $30 or $40 and we’ll be able to eat that night, but I try really hard for the kids not to see me struggle,” Baker said. “If I could get back to work, I’m going to work my butt off until I can be stable.”

Right now, Baker said she’s focused on paying December rent to avoid eviction; she owes $1,275, including a late fee. An email notice said if she handed over $775 right away, her landlord would give her a grace period on the rest. It ends on Christmas Eve.