The people have spoken—or maybe not: Elon Musk’s use of Twitter polls for key decisions invites manipulation 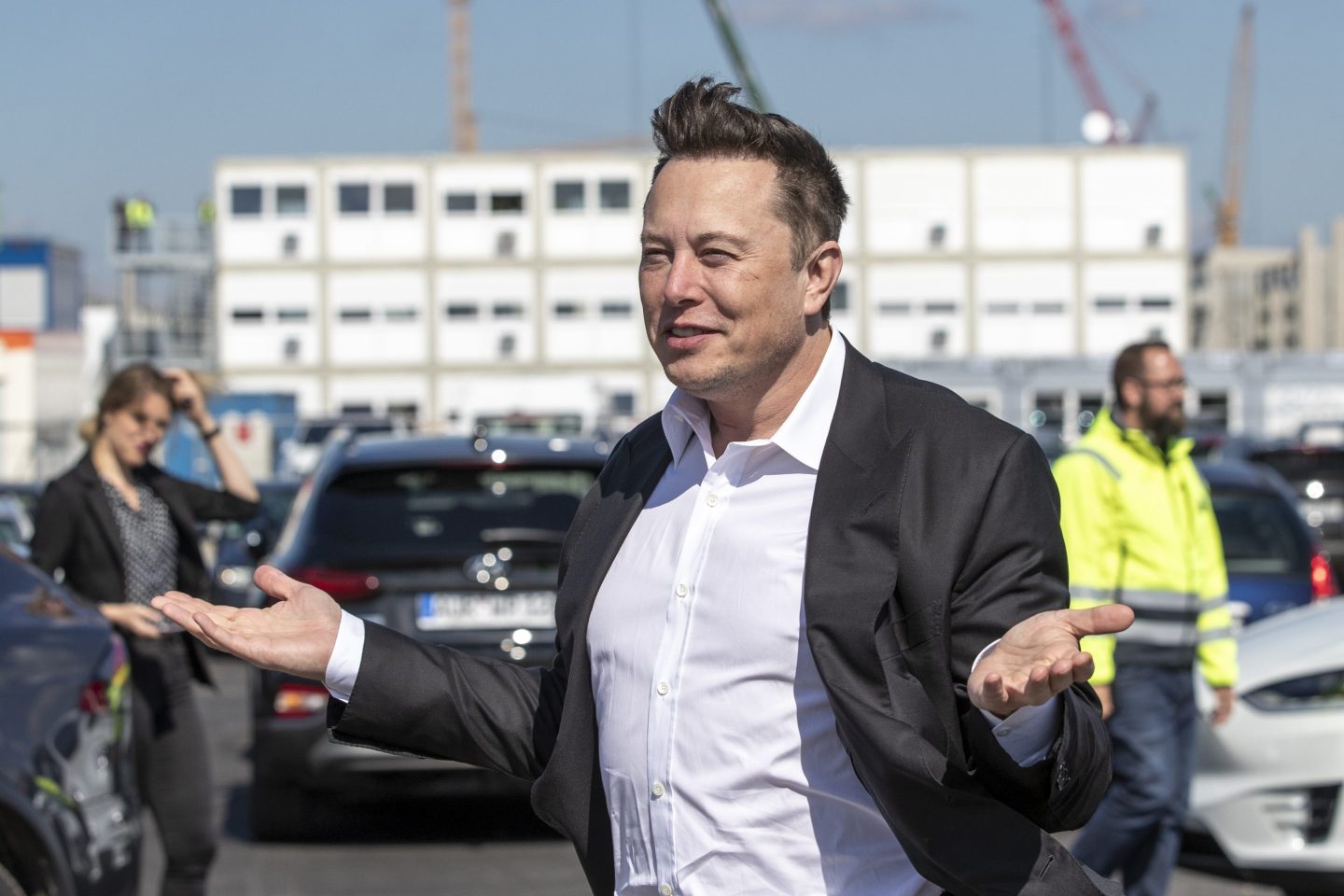 New Twitter owner Elon Musk has outsourced several controversial decisions — like whether to reinstate former US President Donald Trump’s account, and if he should leave the Twitter CEO job — to public polling on the network, saying he intends to follow the will of the people. But the results of such surveys can be easily gamed by bots, according to new research.

With less than $100, one can buy tens of thousands of votes for Twitter polls using bot-for-hire manipulation services, according to the nonprofit digital rights group Accountable Tech. The finding, first reported by Bloomberg, could spark new concerns about Musk’s reliance on the tool to chart the future of one of the world’s most influential social media companies.

Musk spent months before the acquisition claiming that Twitter’s user numbers were fraudulent due to the preponderance of bots on the platform; lately he has been claiming the problem is resolved. He has said overall user numbers have gone up under his leadership.

There’s no evidence the number of bots has decreased, though. “Not only are bots flourishing under Musk, it’s now easier than ever to use bots to manipulate Twitter polls,” said Nicole Gill, co-founder and executive director of Accountable Tech. “As long as Musk continues to put major platform decisions in the hands of anyone with a few dollars and some spare time, Twitter is unsafe and open to manipulation by bad actors — including foreign governments.”

Polls can be used for trivial matters, like helping decide what to eat for dinner. Musk uses them to determine Twitter’s fate, which gives for-hire services a greater incentive to learn how to manipulate the feature. “Typically, key business decisions such as whether or not a CEO should lead a company are decided by boards and stockholders — not Twitter polls,” said Lisa Kaplan, chief executive of Alethea, which helps corporations mitigate the threat of misinformation. “If this form of decision-making continues, it’s likely that polls could be a target for actors seeking to manipulate the platform.”

Since he took the helm of Twitter in October, Musk has turned to polls to create brand new social media policy on the fly, in spite of protestations from critics that the polls were easily gamed and unrepresentative of Twitter’s user base. And while Musk has declared victory over bots, there is little evidence the platform has actually tamped down on the problem. According to a report from Platformer, Musk’s war on bots amounted to Twitter blocking traffic from around 30 mobile carriers around the world, effectively cutting off access to hundreds of thousands of accounts in the Asia-Pacific region. The block on the carriers has since been reversed, Platformer reported.

On the evening of Dec. 18, Musk ran his most popular Twitter poll yet: asking users whether he should step down as Twitter’s CEO. Twelve hours later, nearly 58% of the poll’s 17.5 million respondents voted yes. Musk promised to abide by the results of the poll, but after the vote closed, Musk’s replies to users on the platform appeared to indicate he didn’t agree with the outcome.

In one conversation, after his fans suggested that the votes could have been manipulated, he suddenly was less confident in the integrity of Twitter’s user base, and said “maybe we might still have an itsy bitsy bot problem on Twitter.” In response to a user who suggested only subscribers of Twitter Blue — the social network’s $8-a-month tier that grants users a blue check mark — should be able able to vote on the company’s policies, Musk responded, “Good point. Twitter will make that change.”

Two former members of Twitter’s Trust and Safety team said the company has lacked proper safeguards to identify and eradicate inauthentic behavior and manipulation of Twitter polls. Twitter is good at detecting fake engagement on the site — such as likes and comments that aren’t from real people. There are some technical signals that automated bot accounts leave behind, which allows Twitter to catch the activity and eventually remove it, according to one of the people familiar with the tools, who declined to be named discussing non-public technology.

But since the ability to vote on Twitter polls expires after a set period of time, there appears to be no way for Twitter to undo manipulated votes on a poll after it closes, the people said.

In December, Accountable Tech set up a dummy account called @VoxPopuliVoxBot and ran several polls to analyze the scale of manipulation that was possible on the Twitter feature. On its most popular poll, the research found that up to 26,261 votes could be cast by bots for a mere $57, with the votes being delivered within 24 hours. The study used readily available for-hire manipulation services originating in Russia, India and Turkey to conduct the experiment.

“Can polls on Twitter be trusted?” the dummy account tweeted on Dec. 16. The researchers tried to determine whether fake votes could be bought at scale, targeting half a million to a million votes set to be delivered in 24 hours, but the manipulation services did not have that capacity. If the for-hire manipulation services were to ramp up their bandwidth, the Accountable Tech researchers estimated it would cost $2,600 to $3,600 to throw a popular poll at that scale.

The researchers also bought fake comments, likes and follows on their dummy account. Notably, the inflated follower count shrank after a few days; a person familiar with Twitter’s technology explained this was evidence of automated guardrails on Twitter’s systems against bots. The research found other safeguards in place on Twitter’s systems. Fake followers bought through for-hire manipulated systems could be viewed only if a user unchecked the service’s “quality filter,” a feature Twitter launched in 2016 to let users weed out problematic tweets from their notifications.

Yoel Roth, the former head of Trust and Safety at Twitter, said in a recent interview at Rolling Stone that when Twitter launched polls in 2015, “One of the big discussions was around the tradeoffs between integrity and privacy — keeping logs or not. We landed on the side of privacy,” so that Twitter wouldn’t know who voted for what. “Polls are more prone to manipulation than almost anything else on Twitter,” Roth added.

In order to test whether manipulated votes worked on a live poll, in December the Accountable Tech researchers bought votes on a poll being conducted by the white nationalist far-right media personality Tim Gionet, who runs an account called @bakedalaska on Twitter, and was recently reinstated on Twitter as part of Musk’s “general amnesty” for banned accounts — another policy decision Musk made after running a poll.

On Dec. 14, Gionet asked his audience whether he should use a racist slur on Twitter. Accountable Tech researchers bought 2,000 votes on both the “yes” and “no” options, in order to neutralize the influence on the poll but prove that the manipulation was doable. It cost $13, and the poll closed with the votes on both options counted in the final results.

“The people have spoken,” Gionet tweeted on Dec. 15, after 52 percent of 11,764 votes counted pointed to the “no” option. He echoed the Latin pronouncement often used by Musk after running polls on Twitter, which roughly means that the voice of the people is the voice of God: “Vox Populi, Vox Dei.”

Musk, for his part, has expanded his use of polls beyond Twitter-related matters. On Dec. 21, he asked whether Congress should approve a $1.7 trillion federal spending bill. After 71% voted no, he shared the result with senate leaders.

“The public has spoken,” he tweeted.