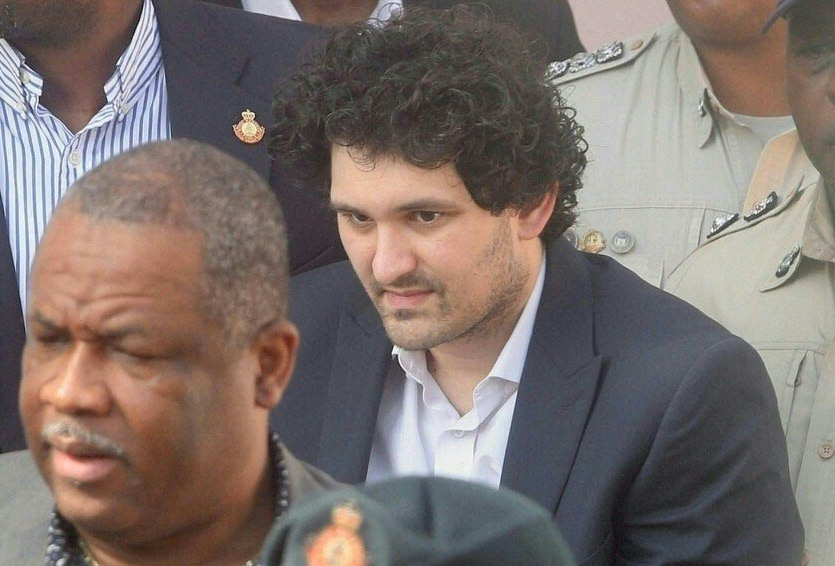 FTX founder Sam Bankman-Fried (C) is led away handcuffed by officers of the Royal Bahamas Police Force at the Nassau, Bahamas, courthouse on December 19, 2022.

Sam Bankman-Fried, shirtless in black sweatpants, lies in the fifth cot –- the one nearest the door, by the rasping fan, past the frail old man and the prisoner on suicide watch.

As the sun rose over the Bahamas on Wednesday –- capping Bankman-Fried’s eighth and planned final night at the island nation’s only prison –- a picture has emerged of the disgraced and indicted cryptocurrency mogul’s time as the most famous prisoner at Nassau’s notorious Fox Hill facility.

His life there has been about as good as it gets at Fox Hill -– not quite the “Club Fed” accommodations favored by white-collar offenders in the US, but nothing like the overcrowded cells many others must endure.

Unlike those prisoners, Bankman-Fried has been held in the sick bay. He’s had access to running water and even a toilet, among other perks. He’s spent his days watching TV news and reading articles about himself, according to prison officials, who spoke on the condition of anonymity.

Representatives for Bankman-Fried and Fox Hill declined to comment on the conditions of his lock-up.

Bankman-Fried’s life in the island nation has taken a dramatic turn since he was arrested this month. Before FTX collapsed, sending shock waves through the crypto world, the ex-billionaire lived a few miles away from the prison, which locals refer to as “Fox Hell,” in a $30 million penthouse with his close friends and colleagues.

At Fox Hill, which is more formally called the Bahamas Department of Correctional Services facility, Bankman-Fried shared the one-room sick bay with four other men. All of them have cots – a luxury in the complex, where prisoners have complained about being forced to sleep on the bare ground or on makeshift cardboard beds in rat-infested cells. The medical unit lies beyond the armory and is painted green and yellow. The window overlooks the prison chapel.

Under lockdown, day after day, Bankman-Fried’s routine was the same.

Inmates are roused when the morning guard shift arrives around 6 a.m. Individual guards have been assigned to watch over Bankman-Fried during the 2 p.m. to 10 p.m. and 10 p.m. to 6 a.m. shifts, in a nod to his notoriety. A prison doctor has examined Bankman-Fried twice a day. A barn-like door provides a modicum of privacy for the shared shower and toilet.

Even the food is better. Prison officials have said that Bankman-Fried has been getting vegan food. More standard breakfast options in the sick bay include grits and steamed sausage, sardines and Cream of Wheat, along with Lipton tea. Lunch offerings include turkey curry, corned beef and fried chicken wings, all served over white rice.

Per standard procedure, those confined to the medical unit aren’t allowed out for exercise. Bankman-Fried has spent most of his time in his cot. Air conditioning from the nearby inspector’s office has made his nights more comfortable.

He’s been allowed to play crossword puzzles, watch cable TV and read local newspapers. He has taken numerous calls from his lawyer over a special line connected to the visitor center a floor below.

Bankman-Fried has spoken to some of the on-duty officers and said he regretted causing any problems for the Bahamian government.

Although he initially said that he would fight extradition, Bankman-Fried started to indicate late last week that he was preparing to return to the US. The change in attitude was in part tied to the expectation that he’ll be able to get bail in the US, according to a person with direct knowledge of the matter.

By late Tuesday, preparations for Bankman-Fried’s extradition were well underway at Fox Hill. Logistic plans to were being drawn up, a SWAT team had been summoned.

Doan Cleare, the acting commissioner of corrections who runs Fox Hill, said Bankman-Fried seemed relieved and upbeat about the prospects of heading to the US.

After not appearing to rest well for more than a week, Bankman-Fried got a full night sleep, Cleare said in a text message.

He woke up Wednesday morning, readied himself and ate a peanut butter and jelly sandwich on wheat toast. Then before leaving Fox Hill for court to formally accept extradition, Bankman-Fried wished the prison’s staff a Merry Christmas.