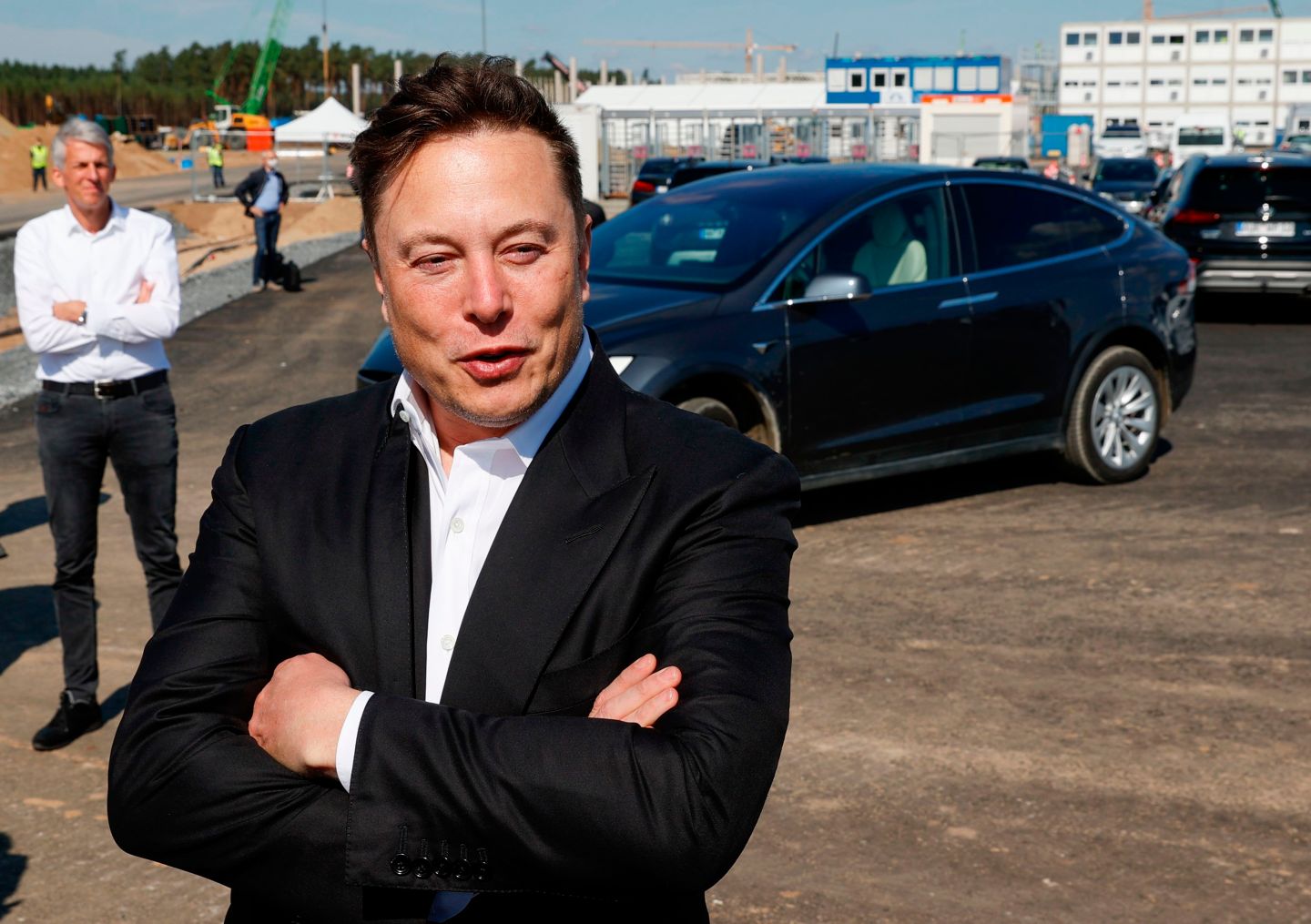 Tesla CEO Elon Musk talks to media as he arrives to visit the construction site of the future US electric car giant Tesla, on September 3, 2020 in Gruenheide near Berlin.
Odd Andersen—AFP/Getty Images

An initial advance in Tesla Inc. shares following Elon Musk’s suggestion that he may step back from Twitter Inc. faded on Monday, as investors brace for lasting fallout from the billionaire’s acquisition of the social media company.

Tesla’s stock fell as much as 1.9% as of 11:09 a.m. New York time, erasing an earlier gain of as much as 3.3%. The shares have underperformed benchmark indexes since Musk took a stake in Twitter in early April and closed the acquisition in late October.

Musk, 51, tweeted Sunday that he would abide by the results of a poll asking whether he should step down as head of Twitter. Users cast more than 17.5 million votes, and 57.5% were in favor of him relinquishing the role.

Analysts at Oppenheimer & Co. nonetheless said in a note Monday that they remain concerned about Twitter-related risks for Tesla and downgraded the stock to the equivalent of a hold rating.

While Oppenheimer’s team led by Colin Rusch has “tried to separate Elon Musk’s non-Tesla endeavors” from their analysis of the company, Musk’s acquisition and management of Twitter “now make that separation untenable.”

Musk has taken his cues from Twitter users on decisions ranging from whether he should trim his stake in Tesla, to if he should reinstate former President Donald Trump’s account. Whereas his decisions after those polls were relatively straightforward, it’s less clear what he’ll do next with Twitter.

Musk has tweeted that it will be difficult to find another CEO and written that the company “has been in the fast lane to bankruptcy since May.”

“No one wants the job who can actually keep Twitter alive,” he said in another post. “There is no successor.”

Tesla closed last week at a two-year low, costing Musk his position atop the Bloomberg Billionaires Index. While its CEO has been preoccupied with Twitter, the carmaker has been cutting prices and production in China and offering incentives for customers to take delivery of vehicles in the US.