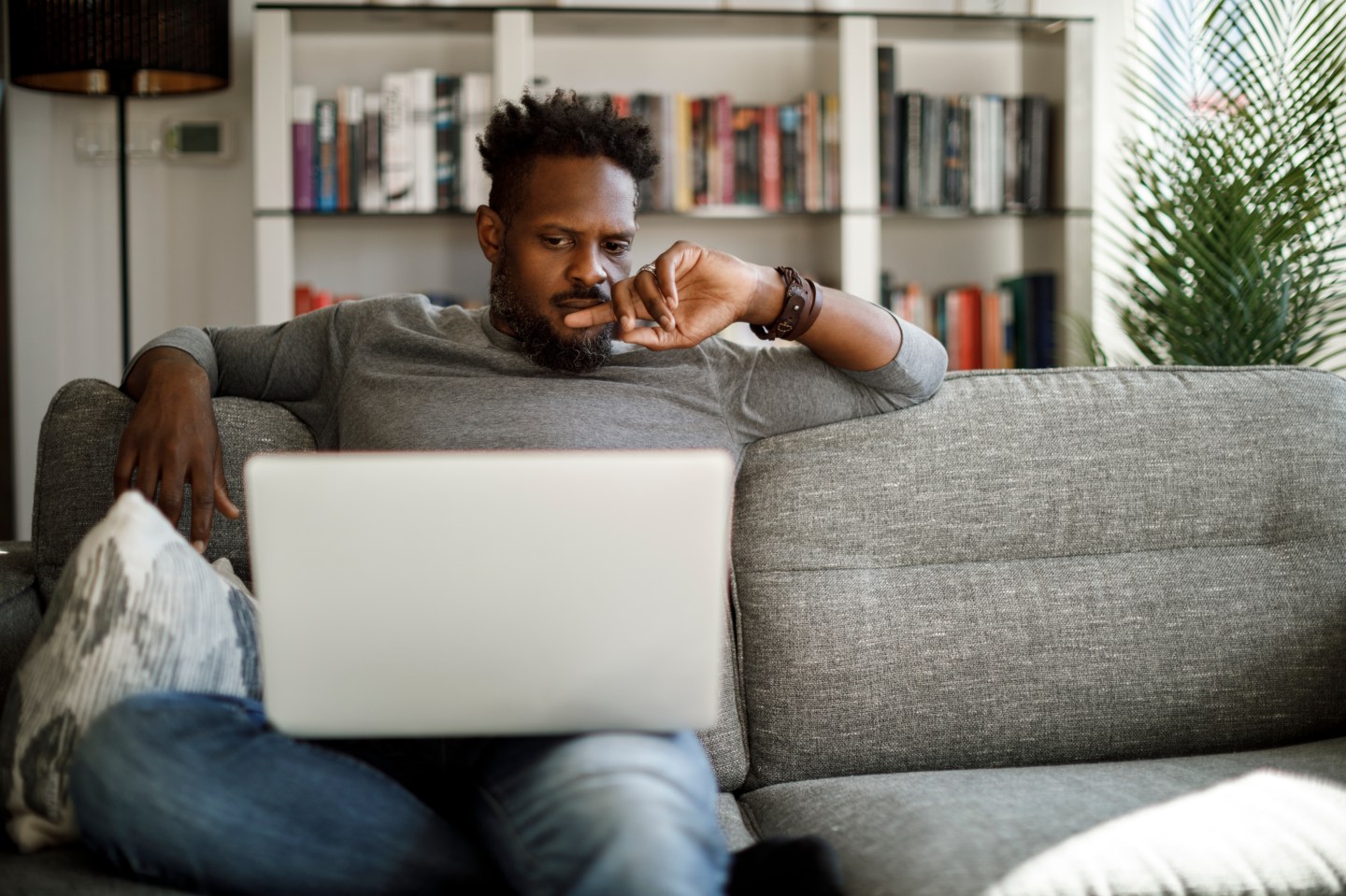 A young man looking at a computer.
damircudic—Getty Images

Jobseekers are learning that there’s the top end of the pay scale, and then there’s the real top end.

As more companies disclose pay ranges in job listings, especially in places like New York City and Colorado where it’s now required by law, what’s listed as the maximum salary may be closer to the middle, according to multiple HR executives and pay experts. Some employers are trying to limit the demands of potential hires seeking top dollar, while preventing existing workers from finding out they are  underpaid. Range deflation comes up often on industry webinars, but compensation specialists and some human-resources chiefs worry it could backfire.

“It has come up a lot,” said Melanie Naranjo, vice president of people at Ethena, a New York-based compliance training platform. “Part of the challenge here is that pay transparency is new, so there is this fear among HR people about this new information, that people will not understand it. So the feeling is, ‘Let’s help cushion this, so we are not pressured.’ Do I think it’s the right approach? No.”

Employers have taken a broad interpretation to laws meant to make pay more transparent. When the new rules launched in New York City, some pay ranges were so wide — for example, $100,000 from bottom to top — as to be almost useless. When the Colorado law kicked in, some employers reduced their job postings in the state. The emergence of lowball salary ranges will only add to the confusion and frustration of workers, and could also hurt the credibility of corporate HR departments at a time when employees are already feeling burnt out and disconnected with their employers.

“There are companies intentionally posting salary ranges below their actual salary bands for job seekers,” said Jamie Coakley, senior vice president of people at Electric, which provides remote IT services for small- and medium-sized businesses. “It’s a risky choice that is not in good faith of what the salary will be, which is the entire purpose of the law.”

The high end of a typical pay range should be between 40% and 60% above the minimum, said Justin Hampton, founder of CompTool, which compiles and analyzes salary data in online job listings. For a job that starts at $50,000, the top range should be between $70,000 and $80,000. Data that Hampton has compiled recently from more than 12 million job listings taken from more than 100 sites show the range is only about 28% for job listings in the US, so the top advertised pay for that job might only be $64,000 even if the actual pay could be as high as $80,000 for some workers. The data, along with comments from clients about the practice, make it clear it’s not a hypothetical, but a real practice, he said.

“Employees are not stupid,” said Naranjo. “What will happen for those employers [who lowball ranges], is that employees are going to take the job offer and then say ‘Wait, there’s actually a different salary band?’ And then you erode trust.”

While it’s hard to prove in any specific job posting, that truncated range might reflect employers’ reluctance to post the actual high end, for fear that all applicants will expect to get it or that existing employees will see it and demand a raise. A recent forum discussion Hampton hosted on the topic featured more than a half dozen executives discussing the practice. Details weren’t available because the discussion was private, but he confirmed that HR executives were generally concerned that applicants would ask for too much money and existing employees might ask for raises if the full range was used.

The red-hot labor market of the past two years has sparked a rise in so-called salary compression, which happens when companies have to keep raising starting salaries just to get people in the door, narrowing the difference between what the newbies make and what current staffers in the same role receive. With the job market still very tight, companies are getting squeezed, but they also do themselves no favors by keeping employees in the dark about their compensation practices.

“It is hard work to prepare your organization to make sure everyone is paid correctly, and to make sure managers are prepared to have hard conversations about why someone’s pay is at the bottom of the salary range,” said Mikaela Kiner, founder and chief executive officer of Reverb, a Seattle-based consultancy that handles human resources operations for startups. “People shy away from that work. But this is not something to play around with.”

So far, both Colorado and New York City have focused on simply ensuring every job posting actually has a range, rather than deciding whether they’re appropriate. Enforcement might be more stringent when new laws kick off 2023 in California and Washington, said Christopher Patrick, a principal in employment law firm Jackson Lewis’s Denver office. In Washington, for instance, employers are required to disclose the full range for the job, even if the actual intended pay range for the open job might be lower  — so lowballing the true maximum pay might violate the law there, Patrick said.

It’s unclear for now how California and Washington will approach enforcement, and most of the agencies have said they won’t fine a company for a first violation. When infringements occur, they are prosecuted as labor law violations, which carry stiff penalties. The fact that the rules vary so much is making compliance difficult and costly, said Emily Dickens, head of government affairs at the Society for Human Resource Management. “I don’t think employers are trying to be cute with this,” she said. “This is difficult.”

In the meantime, companies should explain their compensation strategy to both existing workers and potential hires, rather than trying to manage expectations with disingenuous pay ranges, said Reverb’s Kiner.

“I believe in transparency and honesty,” she said. “This doesn’t seem to fit either one.”