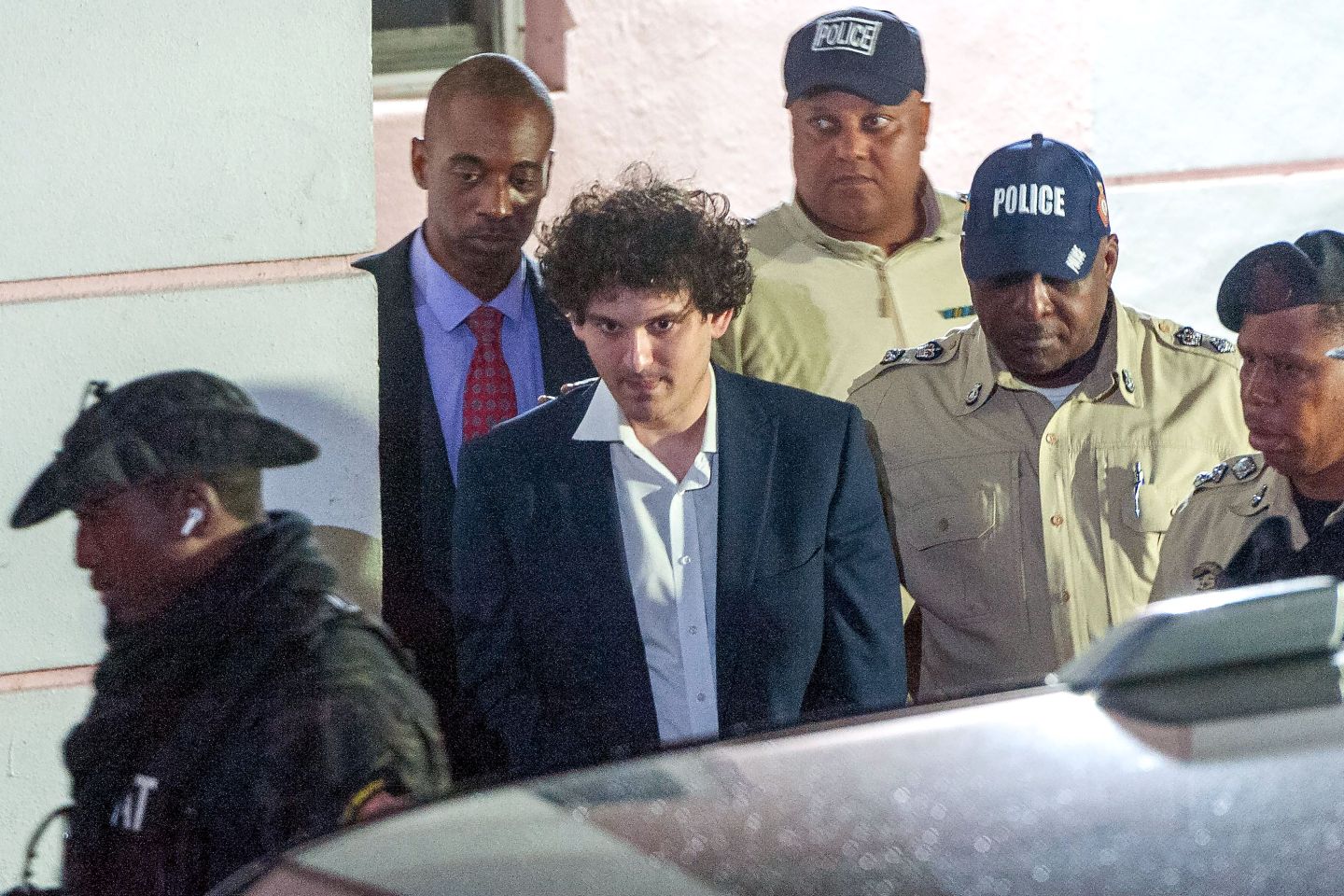 FTX founder Sam Bankman-Fried is led away handcuffed by officers of the Royal Bahamas Police Force in Nassau, Bahamas on Dec. 13, 2022.
MARIO DUNCANSON—AFP via Getty Images

Several days before FTX collapsed into bankruptcy, one of Sam Bankman-Fried’s most senior executives was tipping off Bahamian authorities to possible misuse of funds at the exchange. Ryan Salame, the former co-CEO at FTX Digital Markets, told island regulators on Nov. 9 that client assets were transferred to Alameda Research to “cover financial losses” at the trading firm, court filings show.

Salame further alleged that only three people had the ability to authorize such a transfer: Bankman-Fried, former engineering executive Nishad Singh, and FTX co-founder Gary Wang, according to the court filings. The Financial Times first reported on the contents of the documents.

Salame indicated to the executive director of the Securities Commission of the Bahamas on a conference call that “such transfers were not allowed and therefore may constitute misappropriation, theft, fraud or some other crime,” the filings show.

The disclosure triggered an urgent request from Christina Rolle, the executive director, to the local commissioner of police for an investigation, according to emails included in the court filings. Rolle didn’t return an email seeking comment sent outside of normal business hours, and could not be reached by phone.

FTX experienced a bank run in the few days prior to Salame approaching Bahamian authorities and filed for bankruptcy on Nov. 11.

The filings show that during that pivotal pre-bankruptcy period, Bankman-Fried exchanged emails with several different Bahamian officials, including Rolle and with Ryan Pinder, the Attorney General.

In one email sent on the night of Nov. 9, Bankman-Fried apologized to Pinder for “delayed responses” to previous messages. In that email, Bankman-Fried wrote: “it’s been a hectic week but that’s on me. Myself, and Joe (cc’ed), will be responsive going forward.” His father, Joseph Bankman, was in the CC line of the email.

Bankman-Fried remains the only senior executive charged with any crimes and is facing extradition to the US from the Bahamas.

Several billion worth of customer assets have disappeared, FTX’s new CEO John Ray III testified before Congress yesterday. Some of the funds likely went to Alameda, he said.

Salame didn’t return calls or messages seeking comment. Bankman-Fried is currently in a Bahamas jail after being denied bail. Mark Botnick, a representative for Bankman-Fried, declined to comment. Singh didn’t respond to requests for comment.