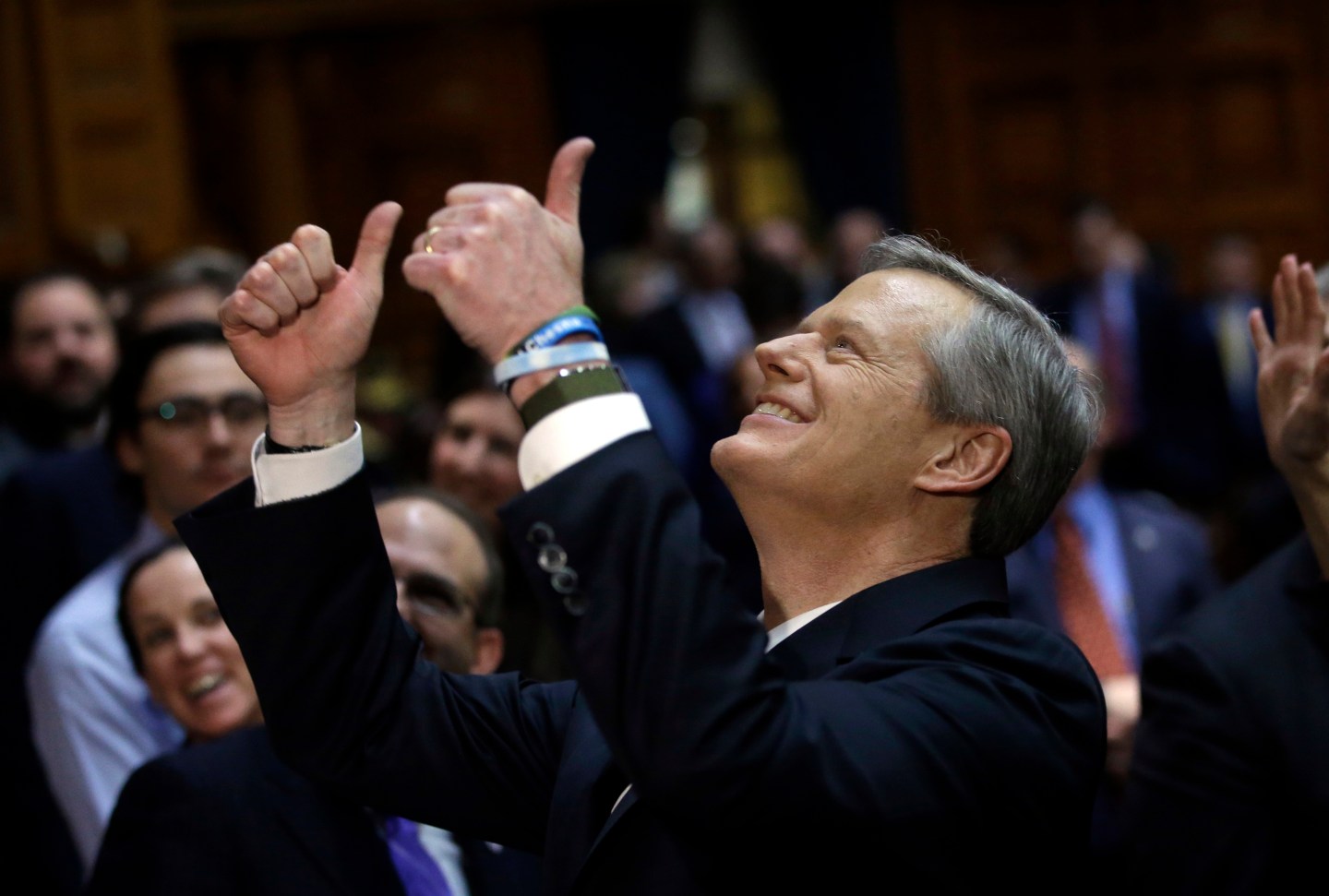 FILE - Massachusetts Gov. Charlie Baker gives a thumbs-up to people in the balcony audience of the House Chamber as he departs after delivering his state of the state address, Tuesday, Jan. 21, 2020, at the Statehouse, in Boston.
AP Photo/Steven Senne, File

Massachusetts Gov. Charlie Baker will be the next president of the NCAA, the association announced Thursday, replacing Mark Emmert as the head of the largest college sports governing body in the country.

Baker, a Republican, has been governor of Massachusetts since 2015. He announced earlier this year he would not seek re-election. He will start the job in March 2023.

“The NCAA is confronting complex and significant challenges, but I am excited to get to work as the awesome opportunity college athletics provides to so many students is more than worth the challenge,” Baker said. “And for the fans that faithfully fill stadiums, stands and gyms from coast to coast, I am eager to ensure the competitions we all love to follow are there for generations to come.”

Emmert announced he would step down earlier this year after 12 years of leading the NCAA through a tumultuous time.

Battered by losses in court and attacks by politicians, the NCAA is going through a sweeping reform, trying to decentralize the way college sports is run.

College sports leaders, including Emmert, have repeatedly asked for help from Congress to regulate name, image and likeness compensation since the NCAA lifted its ban in 2021 on athletes being paid endorsers.

Now the association will be led by a politician for the first time.

Baker was born in upstate New York, went to high school in Massachusetts and graduated from Harvard, where he played on the junior varsity basketball team. That’s the extent of his personal experience in college sports.

The last two NCAA presidents, Emmert and the late Myles Brand, moved into the job after being university presidents.

Before that the job had typically been held by former college sports administrators.

But with the NCAA moving into a new phase and college sports becoming more professionalized, it was clear the role of the president of the association was also changing.

“Governor Baker has shown a remarkable ability to bridge divides and build bipartisan consensus, taking on complex challenges in innovative and effective ways,” said Linda Livingstone, president of Baylor and chairwoman of the NCAA Board of Governors. “These skills and perspective will be invaluable as we work with policymakers to build a sustainable model for the future of college athletics.”