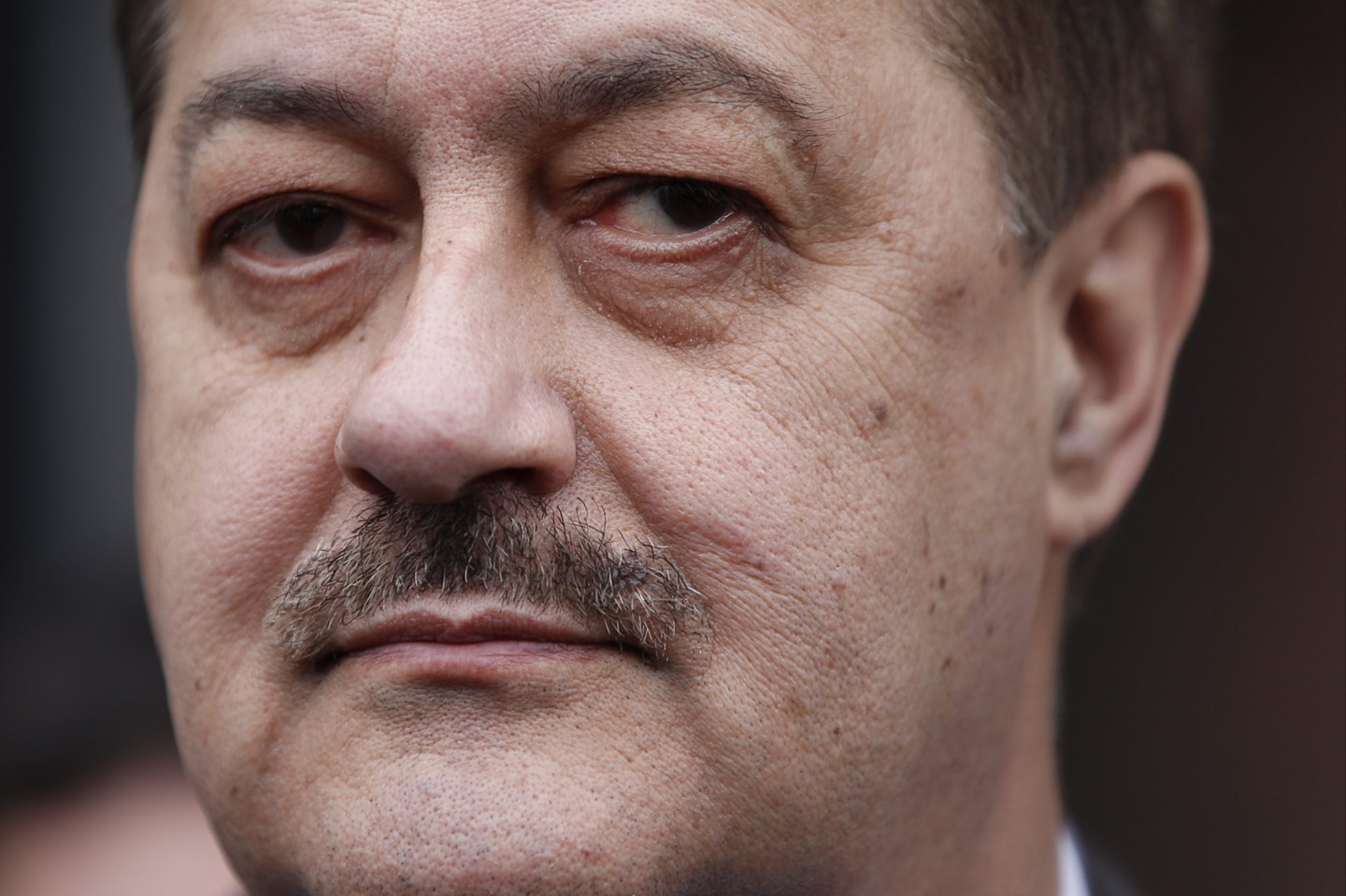 Three reporters from a Pulitzer Prize-winning newspaper in West Virginia say they have been fired after publicly criticizing an interview conducted by their company president with a former coal executive who was convicted of a safety violation in connection with the worst U.S. mine disaster in decades.

Charleston Gazette-Mail reporters Caity Coyne, Lacie Pierson and Ryan Quinn said Tuesday that they were fired due to their comments on Twitter about the video interview, now removed from the paper’s website, with former Massey Energy CEO Don Blankenship.

Quinn said no specific policy was cited. “The person who fired me said it was because I had publicly hurt the company on social media,” he said.

Pierson said she was told “it was insubordination that we committed on social media” and “that was something they couldn’t accept.”

In separate interviews, the three reporters said they did not receive invitations to a staff meeting with other reporters and editors Monday, several days after the interview was posted. Instead, they said they were diverted to an upstairs conference room, where they were fired one-by-one behind closed doors.

HD Media President Doug Skaff, who hosted the interview with Blankenship, did not return a telephone message or an email seeking comment Tuesday.

The “Outside The Echo Chamber” feature is posted regularly on the Gazette-Mail’s website and hosted by Skaff, who also is a Democratic member of the state House of Delegates and the chamber’s minority leader.

Last week the newspaper posted the interview with Blankenship, whose former company owned the Upper Big Branch mine where a 2010 explosion killed 29 men in southern West Virginia. Blankenship was convicted in 2015 of a misdemeanor for conspiring to violate mine safety laws and was sentenced to one year in federal prison.

In 2018, Blankenship ran for the U.S. Senate seat held by Democrat Joe Manchin, portraying himself during the campaign as “Trumpier than Trump.” Blankenship lost in the Republican primary, and Manchin eventually won re-election.

In the interview, Skaff is joined by a former television reporter in asking Blankenship about the Republican-dominated legislature, the coal industry, the mine explosion and the 2018 and 2024 elections.

In response to a question about the dwindling coal industry, Blankenship calls climate change “an absolute hoax.” The comment goes unrebutted, even though scientists say their confidence in the fact that global temperatures are rising and that the increase is caused by human activity is equivalent to the scientific certainty that cigarette smoking is deadly.

Blankenship also is asked to promote his 2020 book about the mine disaster, in which he repeats his claims of innocence and blames the administration of then-President Barack Obama.

Investigations found that worn and broken cutting equipment created a spark that ignited accumulations of coal dust and methane gas. Broken and clogged water sprayers allowed what should have been a minor flare-up to become an inferno.

In concluding the interview, Skaff tells Blankenship: “Thanks for what you did for the community down there. I know your heart’s in the right place. And you want to see southern West Virginia built back to the best that they can.”

It’s unclear why the interview was removed from the website.

Quinn first fired out a series of tweets Dec. 8 that Pierson and Coyne supported in protest of giving Blankenship a podium without the chance for journalists to ask follow-up questions.

“Today I’m announcing my candidacy for any job in the world,” Pierson, the newspaper’s Statehouse and politics reporter, wrote on Twitter after her firing. “I’m joining Caity and Ryan as having spoken our principles and living to tell the tale after being fired for our tweets.”

“We understand the need to draw eyes to the website on the business end of news,” Pierson also wrote, “but stunts like this erode the integrity and credibility of the whole Gazette-Mail.

“This choice mostly hurts staff writers, who had no say in this decision, or a lot of decisions for that matter.”

In April 2017, then-Gazette-Mail reporter Eric Eyre won a Pulitzer Prize for investigative reporting on the opioid crisis. HD Media bought the paper at a bankruptcy auction in 2018, and Eyre no longer works there.

In addition to the opioid crisis, the Gazette-Mail extensively covered the mine explosion, its aftermath and the federal government’s prosecution of Blankenship.

“I don’t have the words for how screwed up this is,” Coyne, the paper’s now-former health reporter, said of the interview. “I’ve met families whose loved ones died in UBB. I’ve watched them cry as they remember their relatives and their fight for answers after the disaster. Who cares where Blankenship’s heart lies. What a slap in the face to them.”

Coyne had previously announced she was leaving the paper for a new job in January.

Quinn, who was the newspaper’s education reporter, had told management last month that he was planning to leave. Instead, he said, he was offered a raise to be an investigative reporter.

Then the Blankenship interview happened.

“I’m all for giving everyone a say etc. but there was no news value to this,” Quinn wrote. “Embarrassing.”

Kayla Young, another Democrat in the state House of Delegates, said Tuesday on Twitter that she doesn’t support giving Blankenship a chance to air his opinions. She also said there’s a conflict of interest for Skaff hosting a news media show and that she has spoken to him about her feelings.

“Something’s got to give,” Young said. “We as a community are worse off to lose reporters who sincerely care about their work and we will be less informed as a result.”