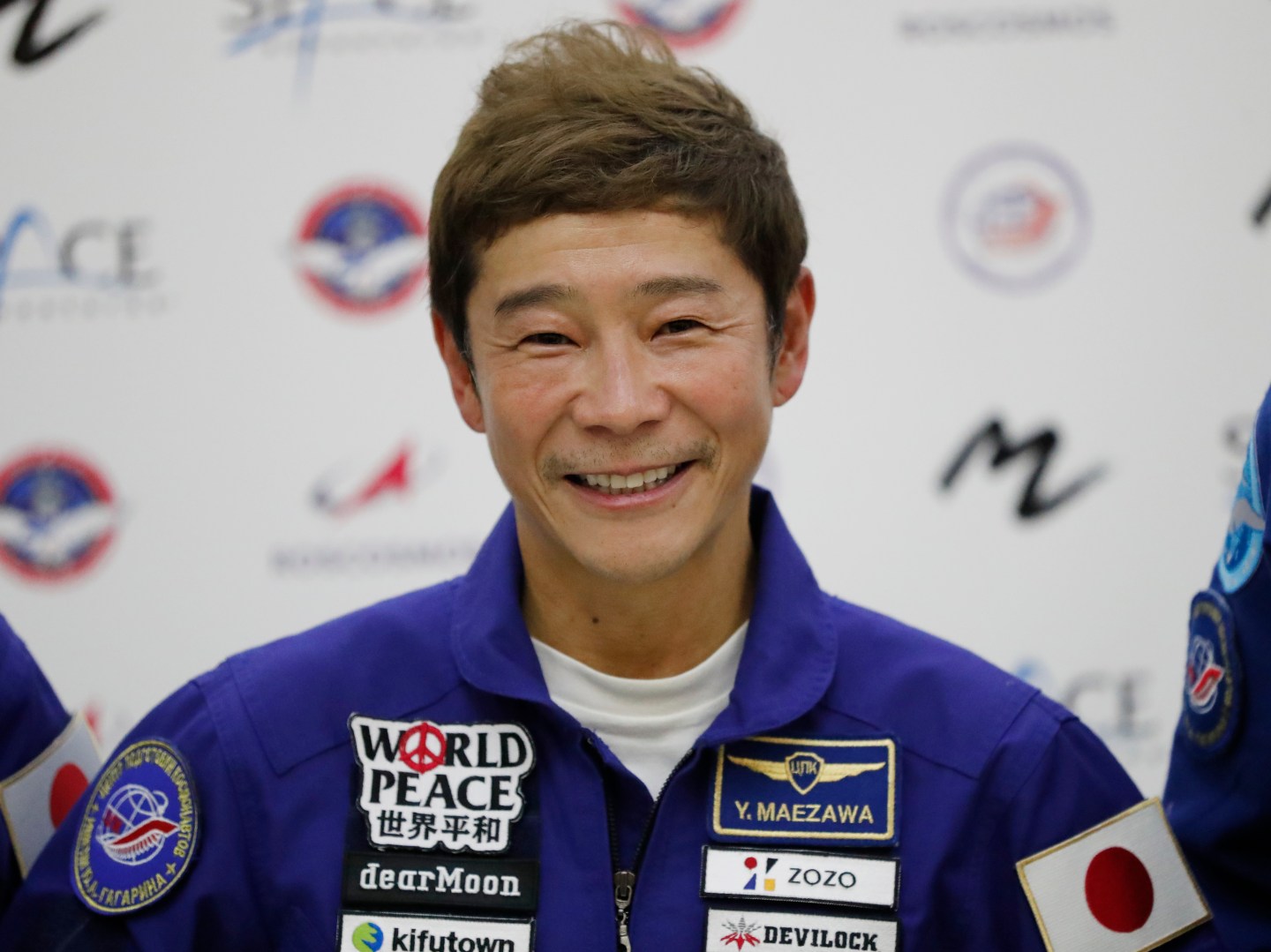 Space flight participant Yusaku Maezawa attends a news conference ahead of the expedition to the International Space Station at the Gagarin Cosmonauts' Training Center in Star City outside Moscow, Russia, on Oct. 14, 2021. Maezawa said Friday, Dec. 9, 2022 that K-pop star TOP will be among the eight crew members who will join him on a flyby around the moon on a SpaceX spaceship next year.
Shamil Zhumatov—AP Images

Japanese billionaire Yusaku Maezawa said Friday that K-Pop star T.O.P. will be among the eight people who will join him on a flyby around the moon on a SpaceX spaceship next year.

The Japanese tycoon launched plans for the lunar voyage in 2018, buying all the seats on the spaceship. He began taking applications from around the world in March 2021 for what will be his second space journey after his 12-day trip to the International Space Station on the Soyuz Russian spaceship last year.

T.O.P.’s real name is Choi Seung-hyun. The 35-year-old started out as an underground rapper before joining Big Bang, one of the world’s top boy bands, in 2006.

T.O.P. said in a video released by the dearMoon website that he has always fantasized about space and the moon since he was a child and, “I cannot wait.”

“When I finally see the moon closer I look forward to my personal growth and returning to the earth as an artist with an inspiration,” he said.

Maezawa made the announcement on his Twitter and the dearMoon Project website on Friday, after he tweeted last week saying he held an online meeting with Elon Musk and that his “major announcement about space” was underway.

He and the others would be among the first to travel on the SpaceX vehicle. The trip is expected to take about a week. The spaceship will not make a lunar landing but is expected to come within 200 kilometers (120 miles) of the moon’s surface while circling it for three days.

The trip is expected next year, though the exact schedule has not been disclosed.

Last year, Maezawa, 47, and his producer Yozo Hirano became the first self-paying tourists to visit the space station since 2009. He has not disclosed the cost for that mission, though reports said he paid $80 million.

Maezawa made his fortune in retail fashion, launching Japan’s largest online fashion mall, Zozotown. In 2019, he resigned as CEO of the e-commerce company Zozo Inc. to devote his time to space travel. Forbes magazine estimates his wealth at $1.9 billion.