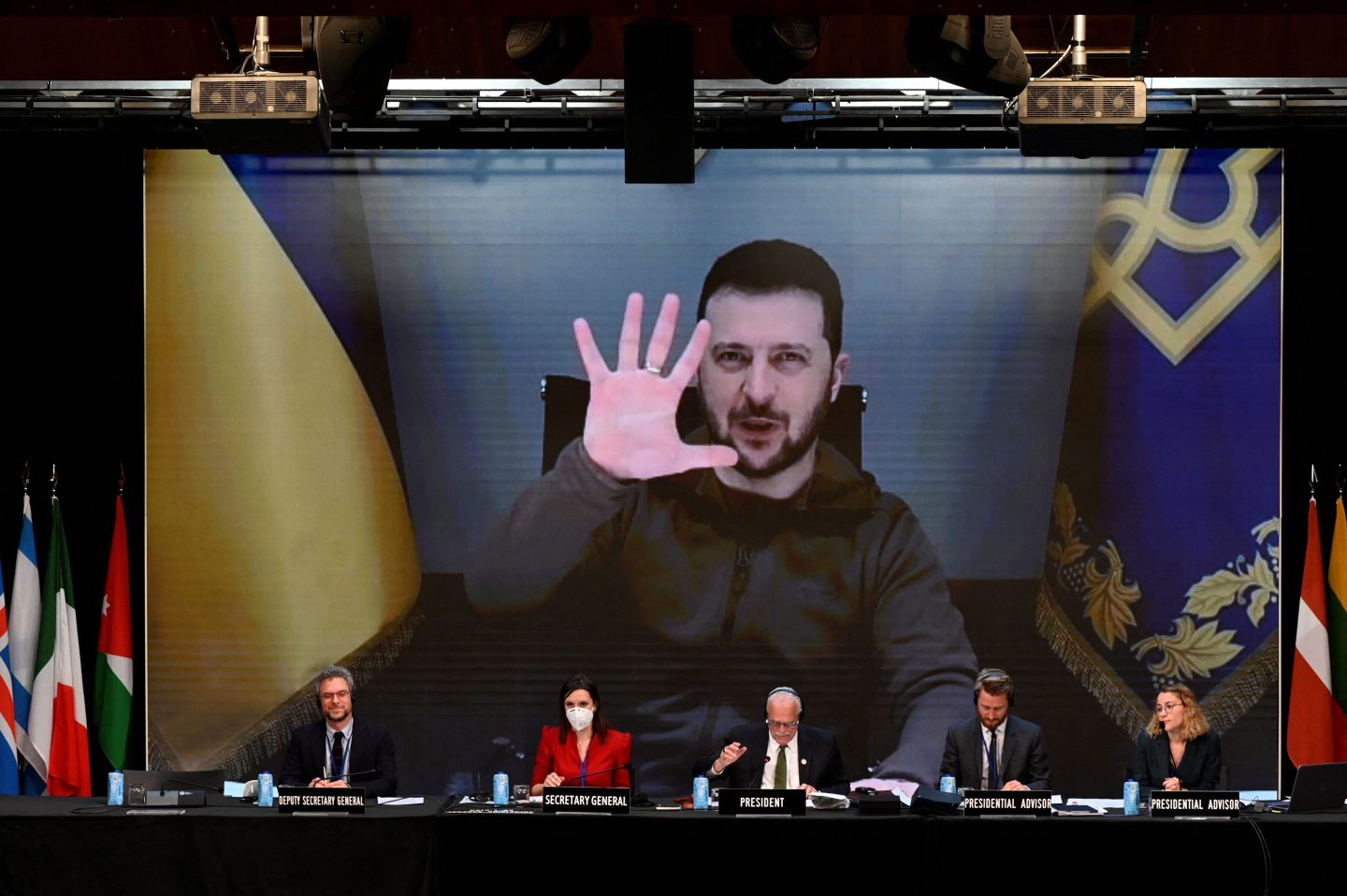 Even as Russian missiles pounded Ukraine’s energy grid this week, leaving parts of the country freezing and in darkness, Tymofiy Mylovanov, president of the Kyiv School of Economics, has been focusing on a less immediate problem: how to rebuild the country after nearly 10 months of devastating war.

“There’s immediate rebuilding, of critical infrastructure and housing,” says Mylovanov, speaking to Fortune on Tuesday night from his Kyiv office, which at that moment had working lights, and electrical power to charge his devices. “After the end of the war there will be six months of rebuilding just to bring the economy back,” says Mylovanov, who’s on leave from the University of Pittsburgh, where he is an associate economics professor.

The task is huge—and could cost up to $1.1 trillion dollars, more than was spent under the Marshall Plan rebuilding Europe after the Second World War.

That’s the estimate of Mylovanov and other economists in Ukraine, the U.S., and Europe, who have spent months designing a plan for the country to reconstruct its shattered infrastructure and revive its economy. Their 460-page report, out on Wednesday and published by the Centre for Economic Policy Research in London, says rebuilding Ukraine will require “a staggering sum.”

But to attract companies to invest in a perilous war zone with a history of widespread corruption, Ukraine will need a drastic overhaul of its judiciary system, and to create an outside agency, most likely run by the European Union, that would oversee the giant contracts once rebuilding seems possible. All that is necessary in order to avoid billions being appropriated by oligarchs or corrupt businesses.

“Reconstruction is not about rebuilding Ukraine in the prewar state,” the report says. “It is about a deep modernization of the country.”

For businesses, the risks are great—including the potential for Russia to begin lobbing missiles at Ukraine, even if there is a peace deal. But Ukraine’s rebuilding, and the hundreds of billions likely to come from the U.S. and the European Union, could well lead to a postwar boom for companies willing to invest.

“There will be a lot of procurement contracts,” Mylovanov says. “Those who enter early will have larger markets, and will maybe get a premium.”

Companies and governments are apparently already eyeing the potential for major deals. Next Tuesday, Ukraine’s Prime Minister Denys Shmyhal is due to travel to Paris with a delegation of Ukrainian business leaders to meet with French companies, at an all-day conference on rebuilding the country, convened by President Emmanuel Macron. France’s Economy Ministry said in a statement last week that the meeting was geared to “mobilize French economic players” in reconstructing Ukraine.

Besides the humanitarian crisis, it could be a good business bet, in some economists’ opinion.

“It’s certainly an investment opportunity,” says Ilona Sologoub, an economic analyst for VoxUkraine, a think tank in Kyiv, who was an editor on the rebuilding report.

“Some sectors will recover quite fast,” she notes, “like agriculture.” She says that with Ukraine under intense wartime emergency since February, large weapons producers (the country was the 14th biggest arms supplier until Russia invaded) and the country’s tech companies have rolled out innovations to cope with the conflict. Homegrown drones, and new medical products to treat battlefield wounds and burns, could be produced at scale and exported, once the war is over. “There is an opportunity to have good results,” she told Fortune on Tuesday.

Ukraine will not only require physical rebuilding, like new roads, bridges, and buildings. It will also need to piece together communities that have been blown apart by the war.

About one-third of the country’s 43 million people have fled their homes since February, with about 8 million taking refuge across Europe—many of them women and children. The economists say men and elderly people comprise many of those left in Ukraine.

“While current discussions tend to focus on ruined infrastructure, the potential demographic catastrophe may be more crippling in the long run,” says the report.

Among those who have stayed are Mylovanov’s students at the Kyiv School of Economics. He says his classes have been 70% full throughout months of bombing, curfews, and blackouts. “Students show up, and they are studying,” he says. “It is much higher attendance than during the pandemic, when everyone wanted to be alone. Now, everyone wants to be together.”