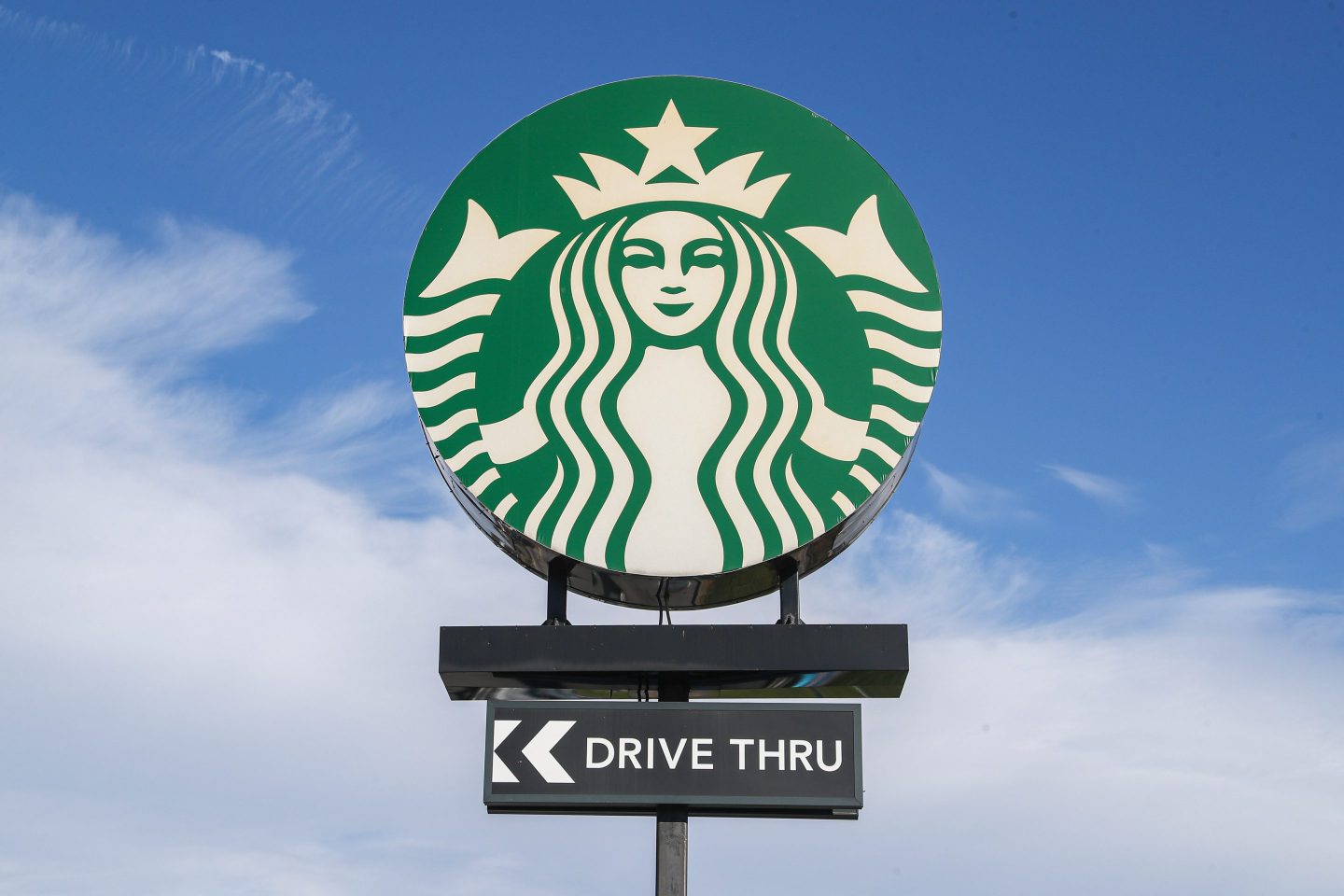 A sign with the Starbucks logo is seen at its coffeehouse in Williamsport.
Paul Weaver—SOPA Images/LightRocket/Getty Images

Tipping at restaurants and coffee shops can be tricky business. Technically, it isn’t mandatory, but it’s increasingly looked down upon if you skip it altogether. That’s exactly the pickle customers are finding themselves in with the new tipping system at Starbucks.

The world-famous coffee chain announced the initiative in May as a way for customers to “recognize their favorite baristas.” They began rolling it out in some stores in September, where customers paying with debit or credit cards can give the barista a $1, $2 or custom tip—prompting some strong feelings in the process.

A Reddit thread about the tipping system has racked up more than 100 comments.

“It works so well for in-store purchases but yeah having it in drive thru is so awkward I never know what to say,” one user wrote

One Twitter user wrote: “I went through the Starbucks Drive through and got one drink and they now start asking if you want to tip as soon as you pull your card out to pay while looking at you It’s so awkward…… just pay these people a better wage.”

Starting August 1, Starbucks increased the average pay for employees to nearly $17/hour in the U.S. Those hired before May 2 would receive either a 3% wage increase or $15/hour, whichever is higher, a spokesperson at Starbucks said.

Another Twitter user wrote: “I’m really not trying to be rude bc I know customer service jobs are hard work but now they want tips at the drive-thru at my Starbucks when you pay with a card… you’re literally just handing it to me.”

One Facebook user wrote: “People WILL call me cheap, but I rarely tip on to-go orders or grabbing a coffee…I do tip very well when I go to dinner, or use various services.
I don’t really want to leave a 25% tip on a drive thru coffee order What are your thoughts?”

But not everyone dislikes the new system. Several Reddit users said they would gladly tip the baristas. People who identified themselves as former Starbucks workers also said it was a welcome change.

“Credit card tipping was one of the first demands that unionizing workers made in Buffalo, NY last fall when we launched our campaign,” a spokesperson from SBWU said. “Only after we began putting pressure on Starbucks did the company announce its plans to implement credit card tipping.”

A spokesperson for Starbucks told Fortune that employees at the company had been awaiting a credit card tipping functionality, which adds to the existing wage and benefit system. The company said it has been in talks about a digital tipping system before any union activity began.

“The system is similar to what you would see at other retailers and not unique to Starbucks,” the spokesperson said. “We have seen very positive feedback from both customers and partners (employees) when it comes to the tipping.”

Starbucks employees have been the center of a unionization campaign in the past year. The movement has spread quickly across the nation, as the company went from no unions last December, to over 250 unionized stores today.

Dec. 5, 2022: This story has been updated with additional comment from Starbucks.