California Gov. Newsom’s plan to deal with supersized oil company profits? Fine them and give the money back to drivers 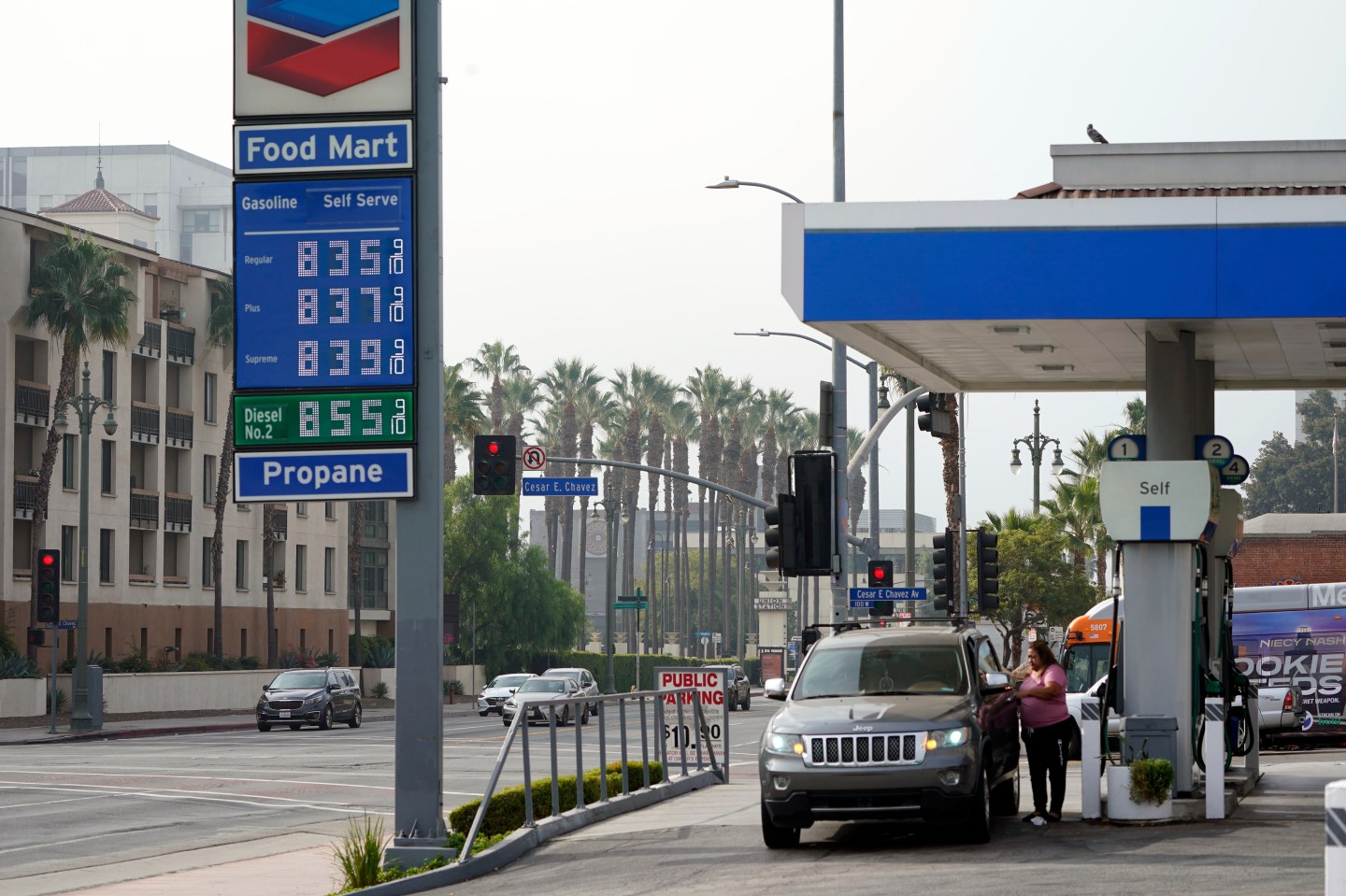 Gas prices are advertised at over $8 a gallon at a gas station, Oct. 6, 2022, in Los Angeles. California lawmakers are preparing to return to work for a special session on gas prices.
Marcio Jose Sanchez—AP

Furious about oil companies’ supersized profits after a summer of record-high gas prices, California Gov. Gavin Newsom on Monday will formally start his campaign to punish big producers by asking the Legislature to fine them and give the money back to drivers.

State lawmakers will briefly return to the state Capitol on Monday to swear in new members and elect leaders for the 2023 legislative session. But this year, Newsom also has called lawmakers into a special session for the purpose of approving a penalty for oil companies when their profits pass a certain threshold.

It’s bound to be a popular proposal with voters, who have been paying more than $6 per gallon of gasoline for much of the year. But the big question is how the measure will be received by California lawmakers, especially since the oil industry is one of the state’s top lobbyists and campaign donors.

Adding to the uncertainty is an unusually high number of new members who will take seats in the Legislature for the first time. More than a quarter of the Legislature’s 120 members could be new, depending on the outcome of a few close races where county officials are still counting votes.

“It’s kind of like the first day of school and you get this big ethics test about a job that you’ve never had,” said Jamie Court, president of Consumer Watchdog, an advocacy group that has partnered with the Newsom administration to back the gas proposal.

Among the state Senate’s new members is Angelique Ashby, a Democrat who narrowly won her seat following an intense campaign. The oil industry spent hundreds of thousands of dollars on radio and TV ads supporting Ashby’s campaign, a trend noticed by critics who tried to use it against her.

In an interview, Ashby said she hasn’t been approached lobbyists or others from the oil industry asking how she would vote on a potential penalty for oil companies. She noted the oil industry spent the money as “independent expenditures,” meaning she had no control over that spending during the campaign.

“Campaigns are not legislation, and the campaign slogans and strategies of my opponent are a thing of the past,” said Ashby, whose district includes Sacramento. “I’m fixated on the people of Senate District 8 and I will make my decision based on what is in their best interest.”

As of Sunday night, Newsom had not yet revealed his legislation and legislative leaders said they likely won’t begin deliberations on any proposal until January.

But the battle has already begun. Last week, the California Energy Commission held a public hearing about why the state’s gas prices are so high. California prices spiked over the summer, but so did the rest of the country — mostly in response to a crude oil price surge after Russia’s invasion of Ukraine.

California’s prices spiked again in October, even while the price of crude oil dropped. In the first week of October, the average price of a gallon of gas in California was $2.61 higher than the national average — the biggest gap ever. Since then, oil companies reported billions of dollars in profits.

Regulators had hoped to question the state’s five big oil refineries: Marathon, Valero, Phillips 66, PBF Energy and Chevron. But no company officials attended the hearing, with most saying that sharing information could violate anti-trust laws.

Newsom sought to shame those companies publicly, posting a video to his Twitter account of their empty seats during Thursday’s hearing.

“Big oil is ripping Californians off, and the deafening silence from the industry (at the public hearing) is the latest proof that a price gouging penalty is needed to hold them accountable for profiteering at the expense of California families,” Newsom said in a news release announcing the special session.

Catherine Reheis-Boyd, president of the Western States Petroleum Association, said the oil industry is volatile, pointing to billions of dollars in losses during the pandemic when demand for gasoline dropped sharply as many people worked from home and canceled travel plans.

During Thursday’s hearing, she blamed the state’s taxes and regulations for driving up gas prices.

“The governor and the Legislature should focus efforts on removing policy hurdles being imposed on the energy industry so we can focus on providing affordable, reliable and lower carbon energy to all Californians,” Reheis-Boyd said.

Severin Borenstein, a University of California-Berkeley professor, said the problem isn’t at the oil refinery level, but at the retail level where gasoline is sold to drivers.

California’s gasoline market is dominated by name-brand gasoline, which is more expensive, and the state’s gas prices have been consistently higher than the rest of the country since 2015, Borenstein said.

“We just don’t have the competition and discipline from those off-brand stations,” he said.