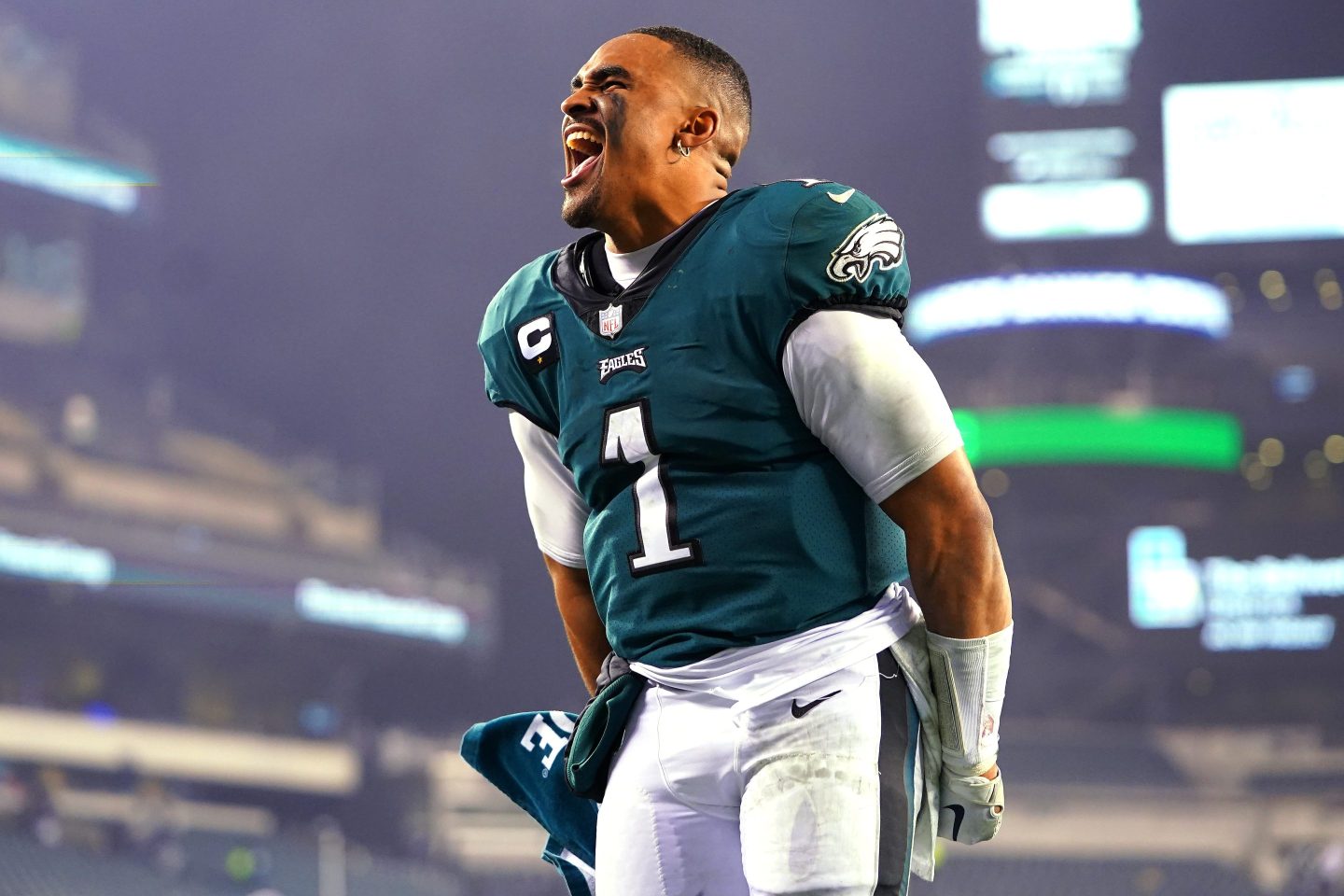 Philadelphia is no longer undefeated, but the Eagles have the best record in the NFL.
Mitchell Leff—Getty Images

It’s kind of hard to believe, but in just five weeks, the 2022 NFL regular season will be over. And with tight races in many divisions, this might not be a must-win situation just yet for teams on the bubble, but it sure doesn’t hurt.

The Eagles, Chiefs, Dolphins and Vikings are all in commanding positions right now, but several would-be contenders are on the bubble. If the season were to end right now, the Patriots, Seahawks, Falcons, and defending champion Los Angeles Rams would all be watching the playoffs and Super Bowl from their couches.

The tension makes for some riveting viewing. Here’s a look at all of the matchups this week how best to catch the games.

Here’s this week’s lineup. (The home team is listed second.)

The best way to watch any sort of network programming for free on a big screen is with a good HD antenna. And watching most NFL games is fairly simple, since many air on broadcast networks, meaning you’ll be able to watch even if you don’t have a cable subscription. To ensure you’re getting the most reliable signal, be sure to test the antenna in multiple locations in your home.

Yes, but not today. Amazon is, for the next 11 years, the exclusive home to Thursday Night Football and no longer streams weekend games. The next matchup will see the Las Vegas Raiders take on the Los Angeles Rams on Dec. 8.

It does. Three, in fact.