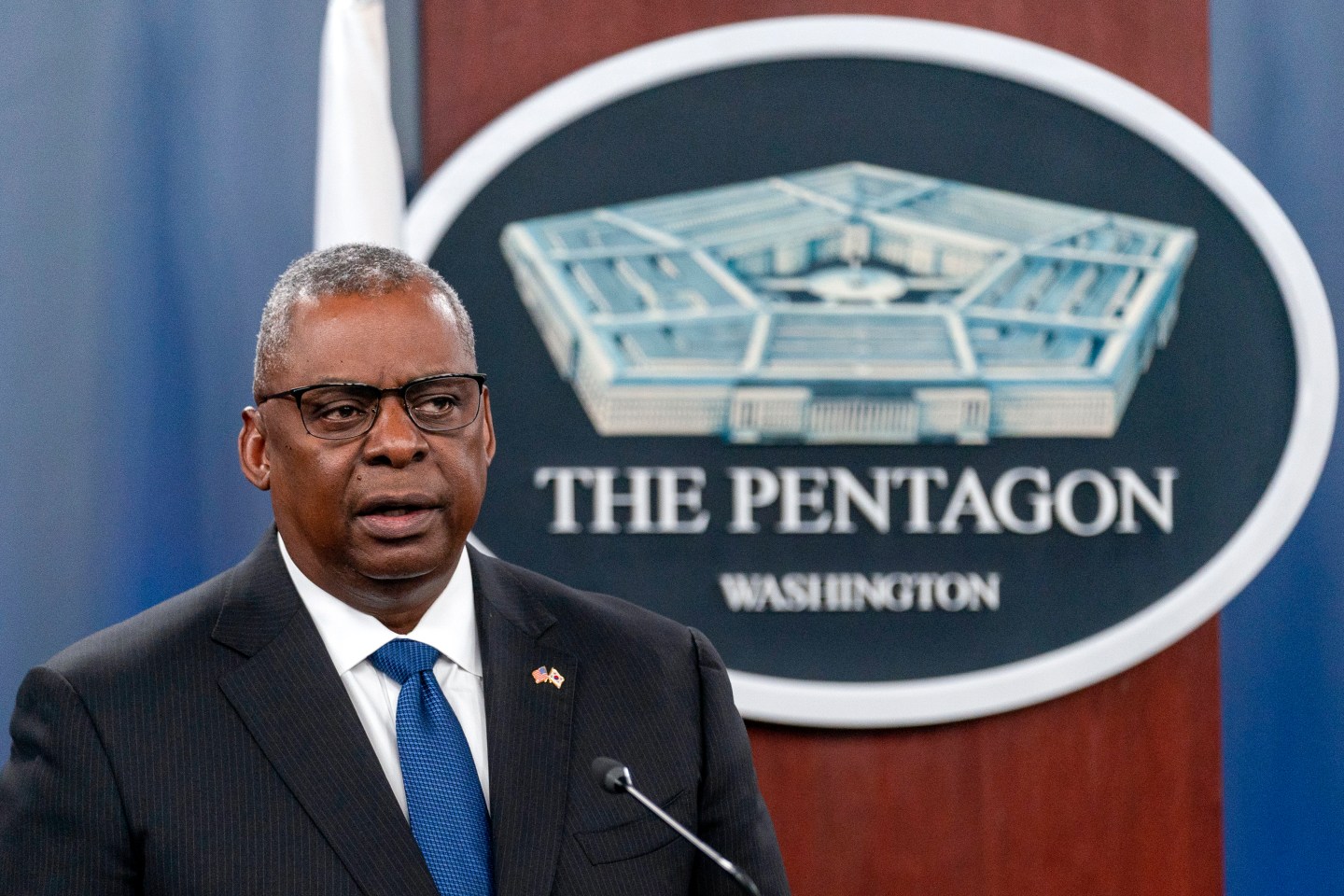 Secretary of Defense Lloyd Austin speaks during a news conference at the Pentagon, Nov. 3, 2022, in Washington.
AP Photo/Andrew Harnik, File

Defense Secretary Lloyd Austin said he wants to keep the military’s COVID-19 vaccine mandate in place to protect the health of the troops, as Republican governors and lawmakers press to rescind it.

This past week more than 20 Republican governors sent a letter to President Joe Biden asking that the administration remove the mandate, saying it has hurt the U.S. National Guard’s ability to recruit troops. Those troops are activated by governors to respond to natural disasters or unrest.

Congress may consider legislation this coming week to end the mandate as a requirement to gather enough support to pass this years’ defense budget, which is already two months late.

Austin said he would not comment on pressure from the Hill.

“We lost a million people to this virus,” Austin told reporters traveling with him Saturday. “A million people died in the United States of America. We lost hundreds in DOD. So this mandate has kept people healthy.”

“I’m the guy” who ordered the military to require the vaccine, Austin added. “I support continuation of vaccinating the troops.”

Last year Austin directed that all troops get the vaccine or face potential expulsion from the military; thousands of active duty forces have been discharged since then for their refusal to get the shots.