‘Iron Man’ Robert Downey Jr. tackles his real-life father issues in a tribute to his directing Sr. ‘My dad and I are pretty flawed dudes’ 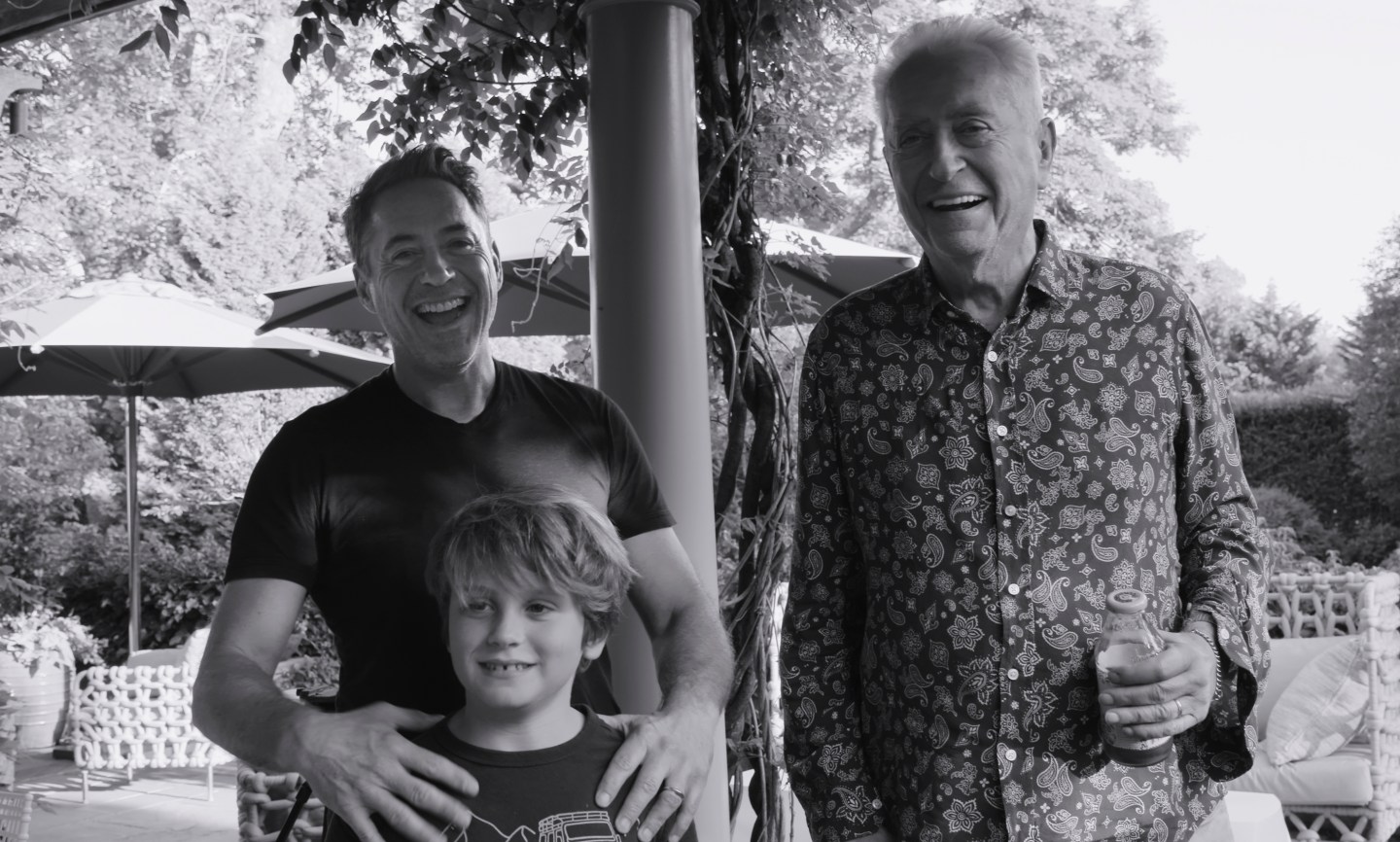 Robert Downey Jr. set out to make an objective portrait, a tribute to his father, the underground filmmaking maverick Robert Downey Sr. His dad had other plans.

“The key point in this is when he goes, ‘OK, I think we should split into two camps: The (expletive) movie and the one I’m gonna make,’” recalls Downey Jr., laughing. “I just go, ‘Man, hats off to you, Pops.”

“Sr.,” directed by Chris Smith, is a work of father-son harmony more than might be suggested by Downey Sr.’s typically brusque assertion of filmmaking independence. It’s a kind of home movie, mostly made by Downey Jr. but with his father’s own insertions peppered throughout. It’s a son’s loving reckoning with his iconoclast father, a freewheeling cult filmmaker whose experimental films gave Downey Jr. his entry into moviemaking and whose outsized personality did much to inform his son, for better and worse. As Downey Jr. puts it, “My dad and I are pretty flawed dudes.”

“It was a way to put something between us in our own relationship and closure. I didn’t know that it would be the quickest way to the heart of things,” Downey Jr. said in a recent interview by phone from Los Angeles alongside his wife and producing partner Susan Downey. “It’s like a little string you pull at, you know. And it winds up pulling you into a rabbit hole that I kind of needed to go down in order to process and ingest the totality of our relationship.”

Downey Sr. died last year at the age of 85 after having Parkinson’s. That’s part of the film; Downey Sr. wanted it to be. “Sr,” which debuts Monday on Netflix, was made with the intention of capturing his last days: a last stab at gaining some understanding of him, wrestling with their shared demons and, once again, making a movie together. Some 50 years ago, Downey Jr. made his debut in his father’s antic 1970 dog pound comedy, “Pound,” at the age of 5.

“I have pretty good recall for the entirely of this incarnation, for better or worse,” says Downey Jr., 57. “Those films and projects, I have very clear memories of that. I can still see the Mounds bar that was being handed to me. It was my first prop I ever had to deal with.”

Years before he was the Oscar-nominated actor of “Chaplin” or the star of “Iron Man,” Downey Jr. was, as he says in the film, “just Bob Downey’s kid for a long time.” Absurdist, spontaneous films like 1971’s “Putney Swope” and 1972’s “Greaser’s Palace” made the elder Downey a pivotal countercultural provocateur who defined himself outside of the mainstream.

In “Sr.,” Downey Jr.’s reverence for his father is easy to see, as is their mutual affection for one another. But that doesn’t mean the old man was always easy on his famous son. Every film Downey Jr. ever made, he wondered: “What will Sr. think?” Every 15 years or so would he get a thumb’s up.

“I hate to say it, but he was a bit of a snob. Susan and I did a couple Sherlock movies. He was like, ‘Cute.’ I did a bunch of the Marvel stuff and he goes, ‘Uh uh. Yeah, bomb, bomb. Jokes. Funny robots. I get it.’ I went, ‘Hm. Wow. OK,’” Downey Jr. says. “I remember that he thought ‘Less Than Zero’ was good. He thought ‘Chaplin’ was too episodic. And he really liked that German song I sang when I was 15.”

Again taking his father’s direction, Downey Jr. sings that song, with panache, in the film. Though it’s easy, as a viewer, to see how much alike they are, Downey Jr. is more hesitant to define what he inherited from his dad.

“I did not get his wildly optimistic ongoing super-curiosity,” he says. “I would never necessarily marvel at the fact that a duck had baby ducks and those ducks got big.”

Susan Downey disagrees. “You absolutely have your observation of the world. You’re hyper-aware of what’s going on around you and comment on it, much as Sr. did,” she says. “And I think you deal with anything uncomfortable through humor. This is a secret power that you guys have. There’s wonderful things that come with that, and then there’s probably avoidance patterns that are kept up because of that.”

On those ’70s films, Downey Sr.’s cocaine use was rampant, an environment that surely had an influence on Downey Jr.’s own struggles later with drug addiction. It’s a point that Downey Jr. raises in the film: “We would be remiss not to discuss its effect on me,” Downey Jr. tells his father. He replies: “I would sure love to miss that discussion.”

But “Sr.” is in many ways a portrait of how both Downeys recovered, stabilized and found peace through family. Downey Jr. ascribes a metamorphosis in his father to his second wife, Laura Ernst, who died in 1994, and his third wife, Rosemary Rogers.

“I can relate to that, too, up until this current administration, the never-ending Susan Downey empire,” says Downey Jr. “I just have a lot more gratitude.”

When Downey Sr.’s health waned, they moved the film’s editing suite into his bedroom. Susan Downey, too, lost her father, in 2020, to Parkinson’s. “He was a saint compared to us Downey boys,” Downey Jr. says. Movies were how they connected. The last film Downey Jr. and his father watched together was the music biopic satire “Walk Hard.” They laughed their heads off.

Since premiering “Sr.” at the Telluride Film Festival, Downey Jr. has noticed how the film becomes a projection of others’ experiences losing a parent. Toward the end of the film, Downey Jr. goes into his father’s room, with the camera trailing, to find some final answers. “I was going to get to the bottom of it for once and all,” he says. Like most sons seeking such definitude, Downey Jr. came out, he felt, emptyhanded.

But in “Sr.,” the two films each are making ultimately seamlessly meld into one, suggesting a deeper understanding between Jr. and Sr. than either might have readily admitted. There are also ongoing discoveries.

After such an unconventional indoctrination to cinema as a kid, Downey Jr. genuine, live-wire performances surely owe something to the frenetic energy he had known on his father’s sets. “I think I had the advantage of it already feeling natural before I came into that quote-unquote industrialized version of entertainment,” Downey Jr. says.

He often found with other directors something just as comfortable and rewarding. He calls Richard Attenborough (“Chaplin”) “a super wise loving grandfather.” Jon Favreau (“Iron Man”) was “like a brother.” Movies were and still are, Susan Downey says, “the family business.”

“It’s very odd, too, because we’re doing this film with Director Park (Chan-wook) now called ‘The Sympathizer’ where I’m doing a lot of different characters. It’s not experimental at all. It’s very well-fleshed out. But it’s kind of reminding me of the Sr. experience,” says Downey Jr. “You get dressed up, you try a character and we’re going to film it.”

Stuck by that fresh realization, Downey Jr. exclaims: “We’re finally figuring everything out in real time! Live from the Gestalt Therapy Epicenter of Southern California!”

Then he sighs. “So I’m still working for Dad.”