Do rail workers deserve sick leave? Biden’s White House wants the Senate to force a deal without one. 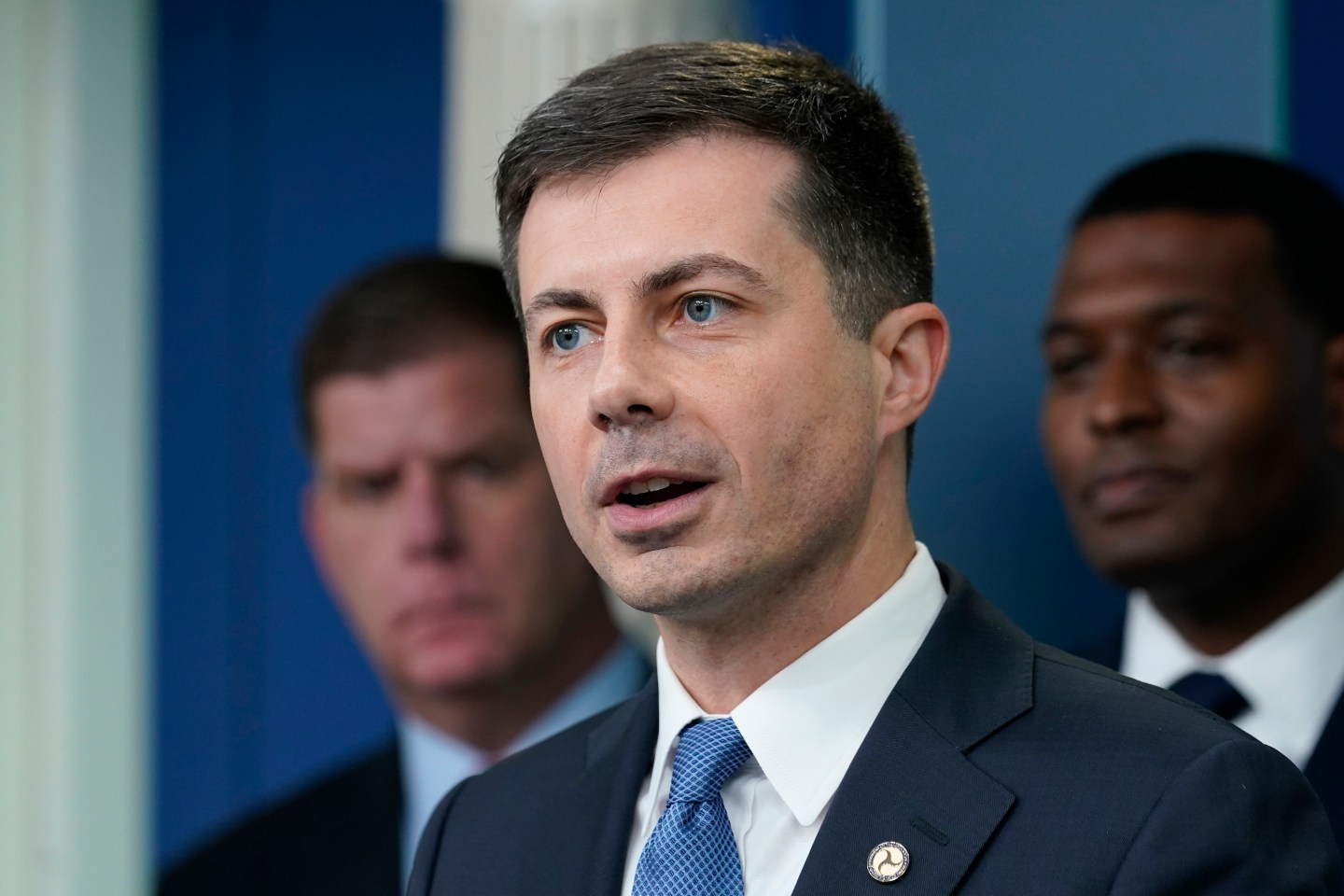 Transportation Secretary Pete Buttigieg, center, speaks during a briefing at the White House in Washington, May 16, 2022.
AP Photo/Susan Walsh, File

The U.S. economy would face a severe economic shock if senators don’t pass legislation this week to avert a freight rail worker strike. That’s the message the Biden administration is delivering personally to Democratic senators in a closed-door session Thursday.

The House acted soon after a request from President Joe Biden and on Wednesday passed legislation that would bind rail companies and workers to a proposed settlement that was reached in September but rejected by some of the 12 unions involved. But the Senate often works at a slower pace, and the timing of final votes is unclear.

“If there’s even the possibility of a shutdown, about five days in advance of that, the railroads would have to begin winding down their acceptance of things like hazardous material shipments that you can’t allow to get stranded,” Buttigieg said in a CNBC interview.

“So my goal today speaking to the senators will be to make sure they understand the implications of a shutdown or even getting close to a shutdown,” he said. “It wouldn’t just bring down our rail system. It would really shut down our economy.”

Railways say that halting rail service would cause a devastating $2 billion-per-day hit to the economy. A freight rail strike also would have a big potential impact on passenger rail, with Amtrak and many commuter railroads relying on tracks owned by the freight railroads.

The rail companies and 12 unions have been engaged in high-stakes negotiations. The Biden administration helped broker deals between the railroads and union leaders in September, but four of the unions rejected the deals. Eight others approved five-year deals and are getting back pay for their workers for the 24% raises that are retroactive to 2020.

On Monday, with a Dec. 9 strike looming, Biden called on Congress to impose the tentative agreement reached in September. Congress has the authority to do so and has enacted legislation in the past to delay or prohibit railway and airline strikes. But most lawmakers would prefer the parties work out their differences on their own.

The intervention was particularly difficult for Democratic lawmakers who traditionally align themselves with the politically powerful labor unions that criticized Biden’s move to intervene in the contract dispute and block a strike.

House Speaker Nancy Pelosi, D-Calif., responded to that concern by holding a second vote Wednesday on a bill that would add seven days of paid sick leave per year for rail workers covered under the agreement. The call for paid sick leave was a major sticking point in the talks along with other quality-of-life concerns. The railroads say the unions have agreed in negotiations over the decades to forgo paid sick time in favor of higher wages and strong short-term disability benefits.

The unions maintain that railroads can easily afford to add paid sick time when they are recording record profits. Several of the big railroads involved in these contract talks reported more than $1 billion profit in the third quarter.

Senate Majority Leader Chuck Schumer, D-N.Y., said he understands the urgency and the stakes for the economy of a drawn-out fight.

“Senators are working morning, noon and night to reach an agreement for us to act on this measure ASAP,” Schumer said. “The Senate cannot leave until we get the job done. And Democrats will keep working with Republicans to find a path forward that everyone can support.”

Schumer said a priority for him would be holding a vote to provide seven days of paid sick leave. But he’ll have to work out an agreement as any senator can block speedy consideration of the rail measure.