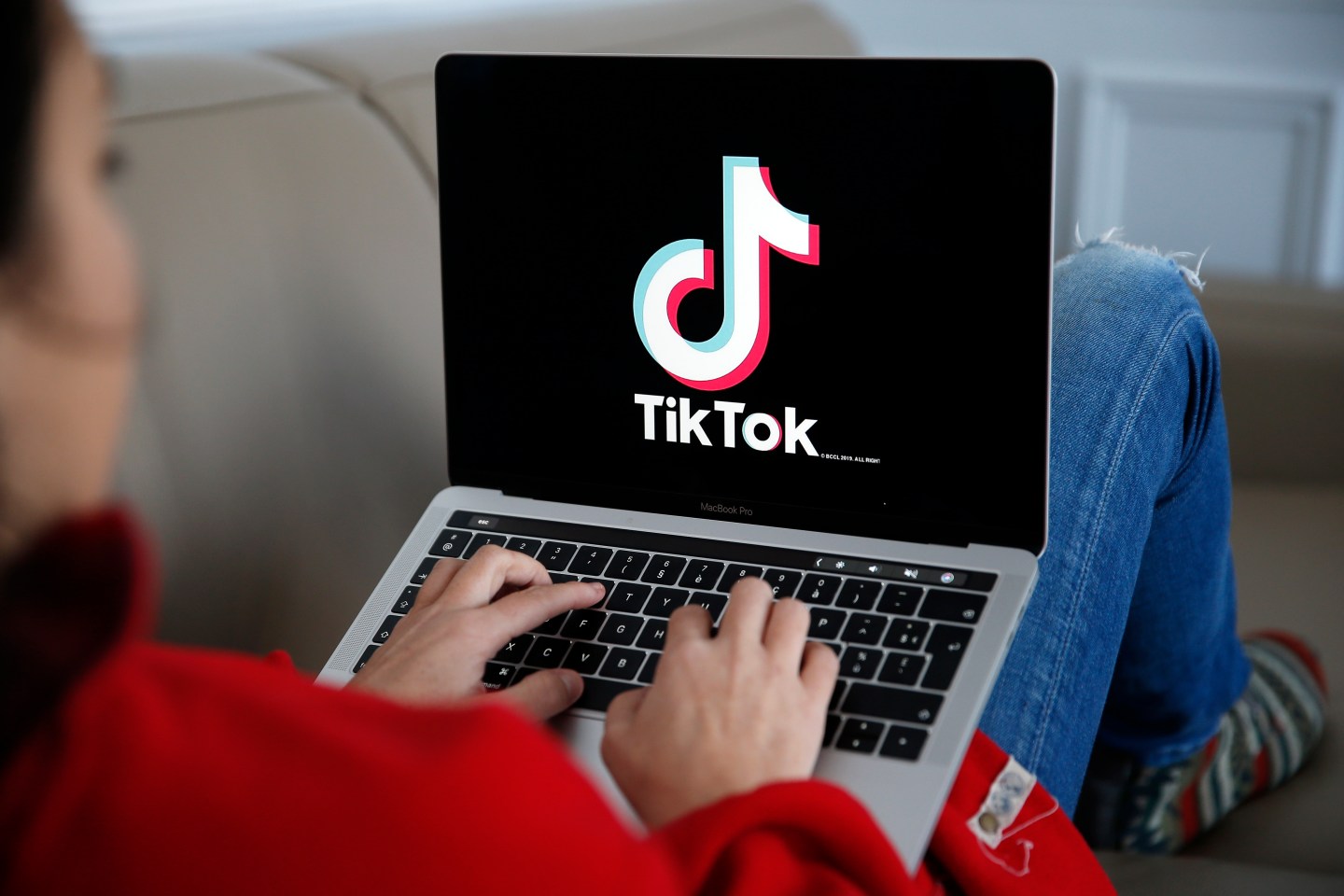 In this photo illustration the logo of Chinese media app for creating and sharing short videos TikTok, also known as Douyin is displayed on the screen of an apple macbook pro computer on November 20, 2019 in Paris, France.
Chesnot/Getty Images

TikTok is now banned on government employee devices in South Dakota because the governor believes the social media app’s ownership by a Chinese company poses a national security threat.

The state’s employees and contractors are no longer allowed to download the app or access TikTok via the web, according to an executive order signed Tuesday by South Dakota Governor Kristi Noem.

“Because of our serious duty to protect the private data of South Dakota citizens, we must take this action immediately,” Noem, who’s been floated as a potential 2024 Republican presidential candidate, said in a statement. “I hope other states will follow South Dakota’s lead, and Congress should take broader action, as well.”

TikTok, the popular video app owned by the Chinese company ByteDance Ltd., is facing broad hostility from US politicians and officials. The White House, Congress and the Committee on Foreign Investment in the US are all considering actions that could significantly alter the way TikTok operates in the US. The committee, called Cfius for short, specifically reviews foreign investments with national security implications.

On Wednesday, Treasury Secretary Janet Yellen, whose department is a member of Cfius, joined the chorus voicing concerns about TikTok. “I think there are legitimate national security considerations,” Yellen said at a conference hosted by the New York Times.

In addition to their general concerns about all social media companies, US officials worry about TikTok’s data collection polices and its relationship to the Chinese government. That’s prompted calls from US Senators to fully ban the app. TikTok has said it is confident it will reach a resolution with US officials that allows the app to remain in the country.