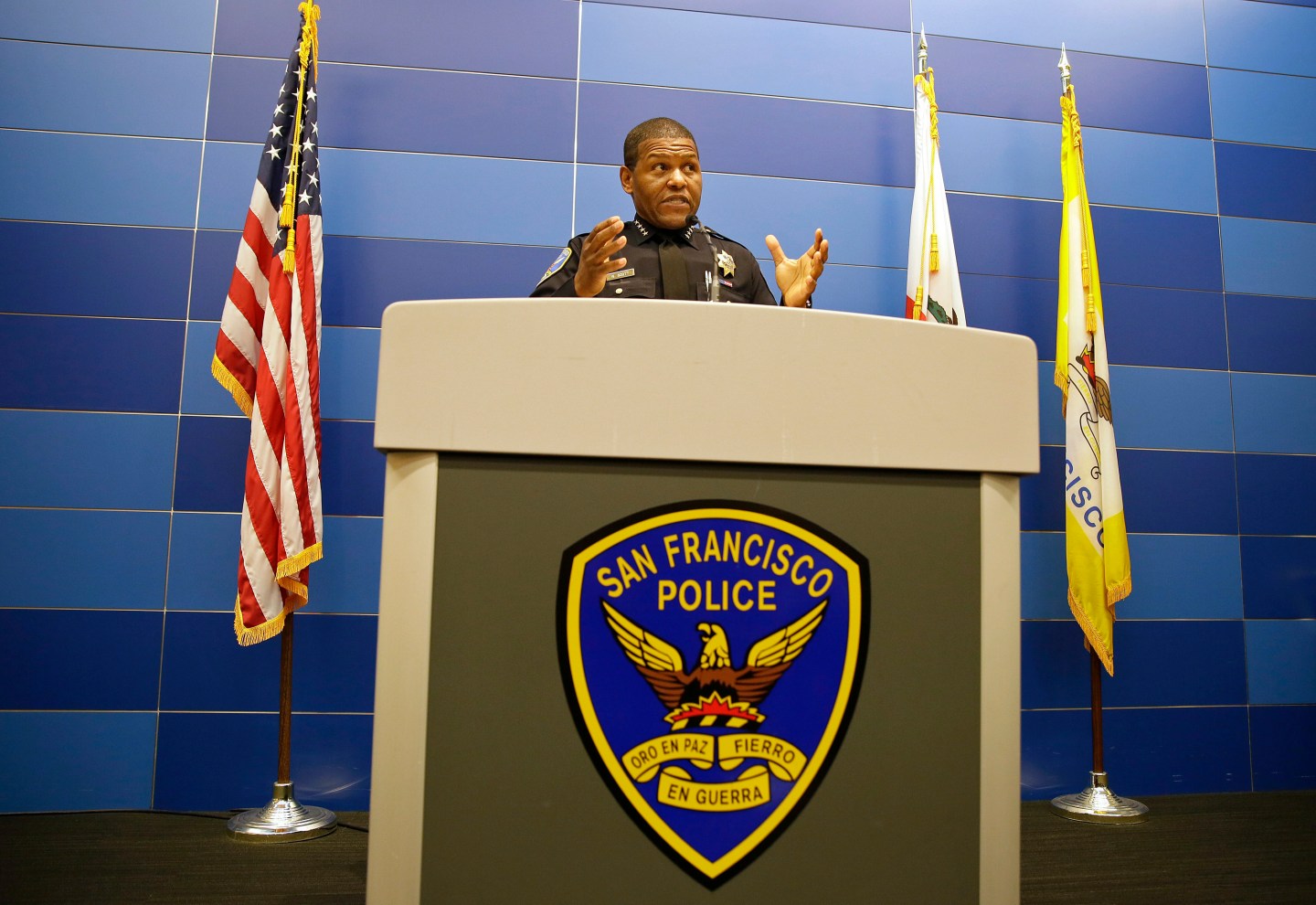 San Francisco Police Chief Bill Scott answers questions during a news conference in San Francisco, on May 21, 2019. The Democratic San Francisco Board of Supervisors voted Nov. 29, 2022 on the controversial proposal opposed by civil rights advocates critical of the militarization of police.
Eric Risberg—AP Images

Supervisors in San Francisco voted Tuesday to give city police the ability to use potentially lethal, remote-controlled robots in emergency situations — following an emotionally charged debate that reflected divisions on the politically liberal board over support for law enforcement.

The vote was 8-3, with the majority agreeing to grant police the option despite strong objections from civil liberties and other police oversight groups. Opponents said the authority would lead to the further militarization of a police force already too aggressive with poor and minority communities.

Supervisor Connie Chan, a member of the committee that forwarded the proposal to the full board, said she understood concerns over use of force but that “according to state law, we are required to approve the use of these equipments. So here we are, and it’s definitely not a easy discussion.”

The San Francisco Police Department said it does not have pre-armed robots and has no plans to arm robots with guns. But the department could deploy robots equipped with explosive charges “to contact, incapacitate, or disorient violent, armed, or dangerous suspect” when lives are at stake, SFPD spokesperson Allison Maxie said in a statement.

“Robots equipped in this manner would only be used in extreme circumstances to save or prevent further loss of innocent lives,” she said.

Supervisors amended the proposal Tuesday to specify that officers could use robots only after using alternative force or de-escalation tactics, or concluding they would not be able to subdue the suspect through those alternative means. Only a limited number of high-ranking officers could authorize use of robots as a deadly force option.

San Francisco police currently have a dozen functioning ground robots used to assess bombs or provide eyes in low visibility situations, the department says. They were acquired between 2010 and 2017, and not once have they been used to deliver an explosive device, police officials said.

But explicit authorization was required after a new California law went into effect this year requiring police and sheriffs departments to inventory military-grade equipment and seek approval for their use.

The state law was authored last year by San Francisco City Attorney David Chiu while he was an assembly member. It is aimed at giving the public a forum and voice in the acquisition and use of military-grade weapons that have a negative effect on communities, according to the legislation.

In 2017, then-President Donald Trump signed an order reviving the Pentagon program after his predecessor, Barack Obama, curtailed it in 2015, triggered in part by outrage over the use of military gear during protests in Ferguson, Missouri, after the shooting death of Michael Brown.

San Francisco police said late Tuesday that no robots were obtained from military surplus, but some were purchased with federal grant money.

Like many places around the U.S., San Francisco is trying to balance public safety with treasured civilian rights such as privacy and the ability to live free of excessive police oversight. In September, supervisors agreed to a trial run allowing police to access in real time private surveillance camera feeds in certain circumstances.

Debate on Tuesday ran more than two hours with members on both sides accusing the other of reckless fear mongering.

Supervisor Rafael Mandelman, who voted in favor of the policy authorization, said he was troubled by rhetoric painting the police department as untrustworthy and dangerous.

Board President Shamann Walton, who voted against the proposal, pushed back, saying it made him not anti-police, but “pro people of color.”

“We continuously are being asked to do things in the name of increasing weaponry and opportunities for negative interaction between the police department and people of color,” he said. “This is just one of those things.”

The San Francisco Public Defender’s office sent a letter Monday to the board saying that granting police “the ability to kill community members remotely” goes against the city’s progressive values. The office wanted the board to reinstate language barring police from using robots against any person in an act of force.

On the other side of the San Francisco Bay, the Oakland Police Department has dropped a similar proposal after public backlash.

The first time a robot was used to deliver explosives in the U.S. was in 2016, when Dallas police sent in an armed robot that killed a holed-up sniper who had killed five officers in an ambush.