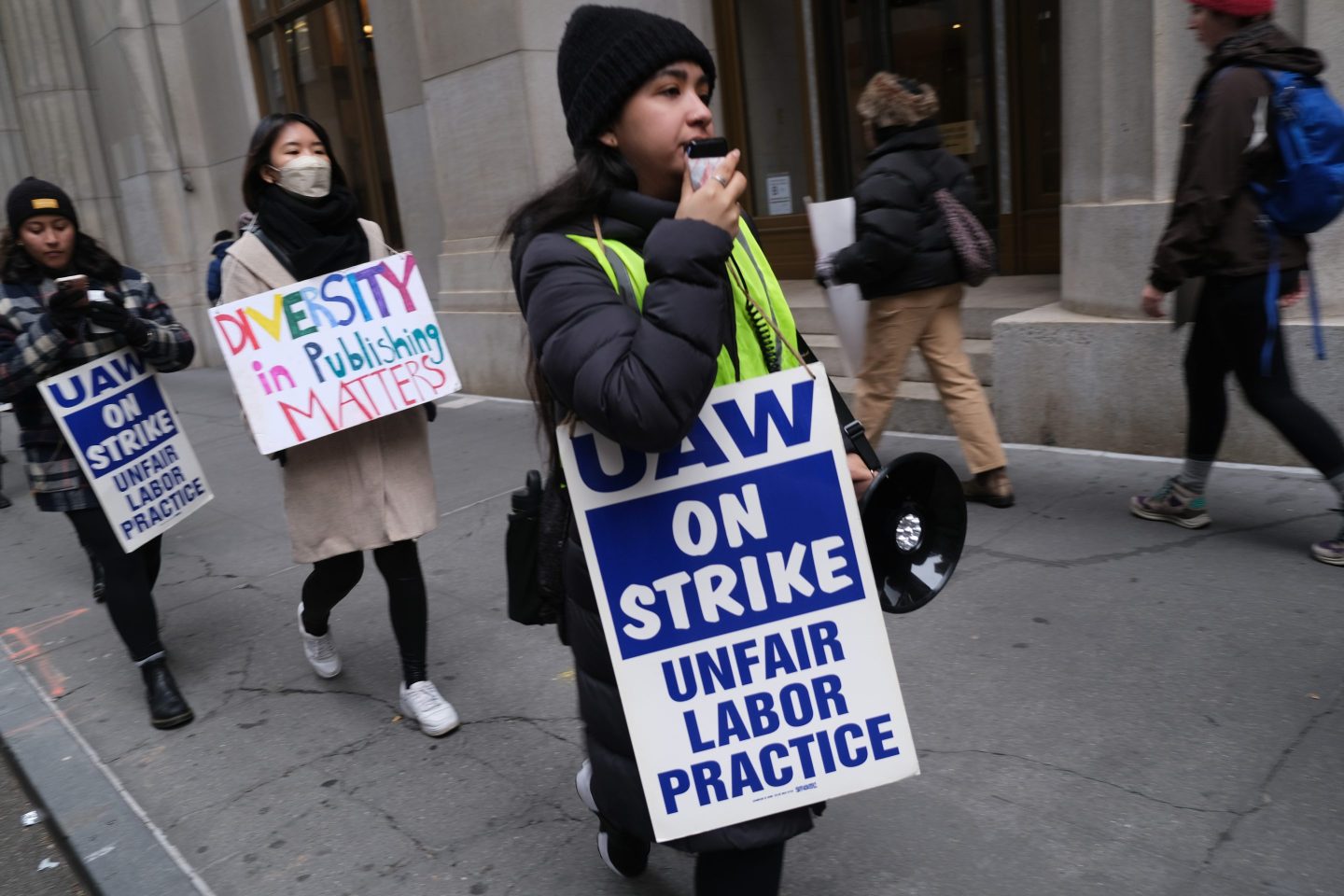 More than 150 literary agents, whose clients include Danielle Jackson, V.E. Schwab and L.A. Chandlar, have signed an open letter to HarperCollins vowing to “omit” the publisher from upcoming book submissions until it reaches an agreement with striking employees.

Around 250 entry- and mid-level staff members, from publicists to editorial assistants, have been on strike since Nov. 10, with the two sides differing over wages, workforce diversity and other issues that have become increasingly prominent across the industry. No new talks are scheduled.

“While many consider publishing to be a labor of love, we agents know how quickly that labor can lead to burnout, tension, missed opportunities for advancement, and mistakes,” the letter reads in part.

“This generation of rising publishing professionals must contend with student loan debt, the rising cost of living, and the barriers inherent in working long hours without adequate compensation. These employees, many of whom bring with them the diverse viewpoints our industry lacks, have been essential to the production of the books we are so proud of.”

Agents endorsing the letter come from Janklow & Nesbit Associates, Aevitas Creative Management, Root Literary and other firms. The letter was organized by Chelsea Hensley of the KT Literary Agency, who noted that the effort comes during a traditionally slow time of year for deal making.

“I wanted them (HarperCollins) to know that even if they don’t think they’re seeing the effects of the strike now, they’ll definitely be seeing it come January, which is when agents will have the most new projects to share,” Hensley told The Associated Press.

HarperCollins is the only major New York publisher with a union; striking employees are members of Local 2110 of the United Auto Workers. A spokesperson for the publisher did not immediately return a message seeking comment.

“HarperCollins has agreed to a number of proposals that the United Auto Workers Union is seeking to include in a new contract,” according to a statement released Monday by the publisher. We are disappointed an agreement has not been reached and will continue to negotiate in good faith.”