The tip of the slaughterhouse iceberg? Labor Department accuses massive industrial firm of using dozens of kids as young as 13 to clean meat processing plants 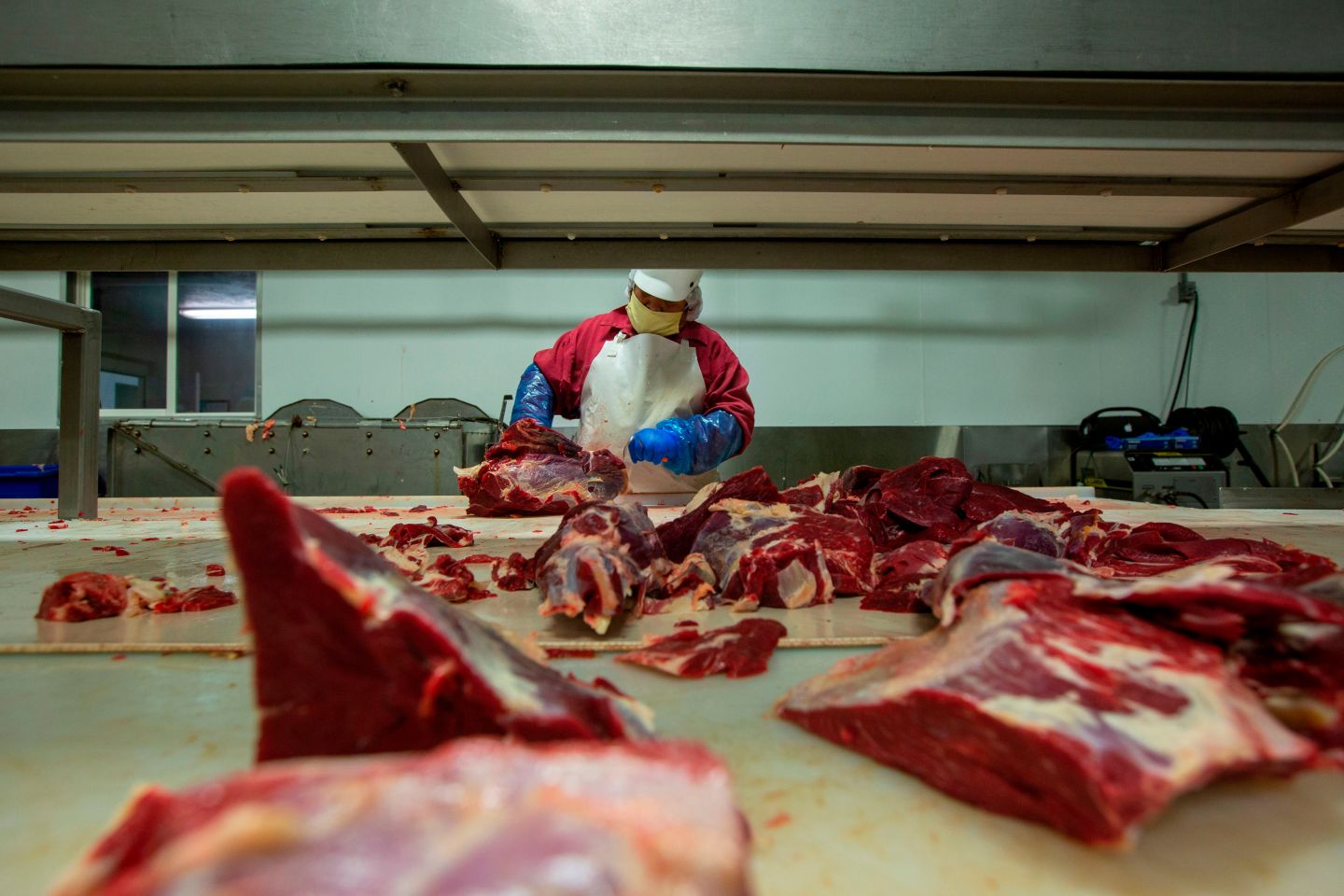 A company is accused of using minors to clean slaughterhouses.
Natalie Behring—AFP/Getty Images

A Wisconsin company that cleans hundreds of meatpacking plants nationwide is defending itself against allegations that it employed more than two dozen minors working overnight shifts cleaning massive saws, grinding machines and other dangerous processing equipment at three slaughterhouses.

Labor Department officials said in court documents that they believe Packers Sanitation Services Inc. might be employing underage workers at other plants but investigators have only just starting reviewing thousands of pages of employee records at plants besides the ones in Nebraska and Minnesota where they confirmed teenagers were working through the middle of the night sanitizing slaughterhouses before heading back to high school in the morning.

A federal judge in Lincoln, Nebraska, already issued a temporary order prohibiting the company from employing minors and interfering in the Labor Department’s investigation. The company will argue at a court hearing next month that there’s no reason for a judge to make that order permanent because PSSI officials say they are cooperating with the investigation and they already prohibit hiring anyone younger than 18.

On Monday, a judge ordered the government to give the company a few more details about its investigation ahead of next month’s hearing. The company says it employs some 17,000 people working at more than 700 locations nationwide, making it one of the largest firms out there that cleans food processing plants.

PSSI Vice President of Marketing Gina Swenson said the company “has an absolute company-wide prohibition against the employment of anyone under the age of 18 and zero tolerance for any violation of that policy — period.”

Swenson also said corporate officials have been cooperating with the investigation. But according to court documents, the Labor Department says local managers “attempted to obstruct employee interviews” at JBS plants in Grand Island, Nebraska, and Worthington, Minnesota, as well as at a Turkey Valley Farms plant in Marshall, Minnesota. Investigators said they also saw managers deleting WhatsApp messages and computer files.

In one instance, investigators said they found text messages a manager at the Worthington plant sent to prospective employees who were discussing using false identification documents to secure a job with PSSI.

Investigators say they have been able to confirm that at least 31 children as young as 13 have been working for PSSI by talking to them and comparing timeclock photos and employment data with pictures and information in local school records.

Officials at JBS and Turkey Valley Farms say they are monitoring the situation with PSSI and will consider taking action against the company based on the outcome of the investigation.

“We take seriously the allegations against PSSI, which, if true, represent a clear violation of our ethical policies,” Michael Koenig, JBS’s chief ethics and compliance officer, said in a statement. He said JBS is taking steps to verify the status of all the sanitation workers at its plants and the company won’t tolerate child labor.

In addition to the Nebraska and Minnesota plants, investigators also seized records from a Tyson Foods plant in Sedalia, Missouri, but they didn’t identify any workers from there as minors in the court documents. Tyson officials didn’t immediately respond Tuesday to questions about the investigation.

The underage workers that investigators confirmed included one 13-year-old who suffered a serious chemical burn from the caustic chemicals used to clean the JBS plant in Grand Island every night.

Investigators said in court documents that some of the teens they found working for PSSI told them that “everyone there knew” that they were minors, and in one case, a search of a government database showed that one employee’s age came up as 129-years-old when their Social Security number was checked.

PSSI asked the court to order investigators to share more details about that case and identify the children it found to help it ensure that “rogue individuals” aren’t finding ways to circumvent the company’s efforts to avoid hiring people under age 18.

But the judge only ordered limited information to be released after the Labor Department argued that PSSI already has all the information it needs to identify any minors in its own company documents.

“It is not the Secretary’s responsibility to teach defendants how to search their own documents to find the minor children they employ. Further, PSSI need only consult their own managers working on the ground at these establishments to conduct their own due diligence,” the Labor Department said in court documents.

The company and investigators are due in court on Dec. 7 to argue about whether a federal judge should issue a preliminary injunction in the case.