Fed raising rates until 2% inflation reached ‘would guarantee an overshoot and a deep recession,’ warns Bostic 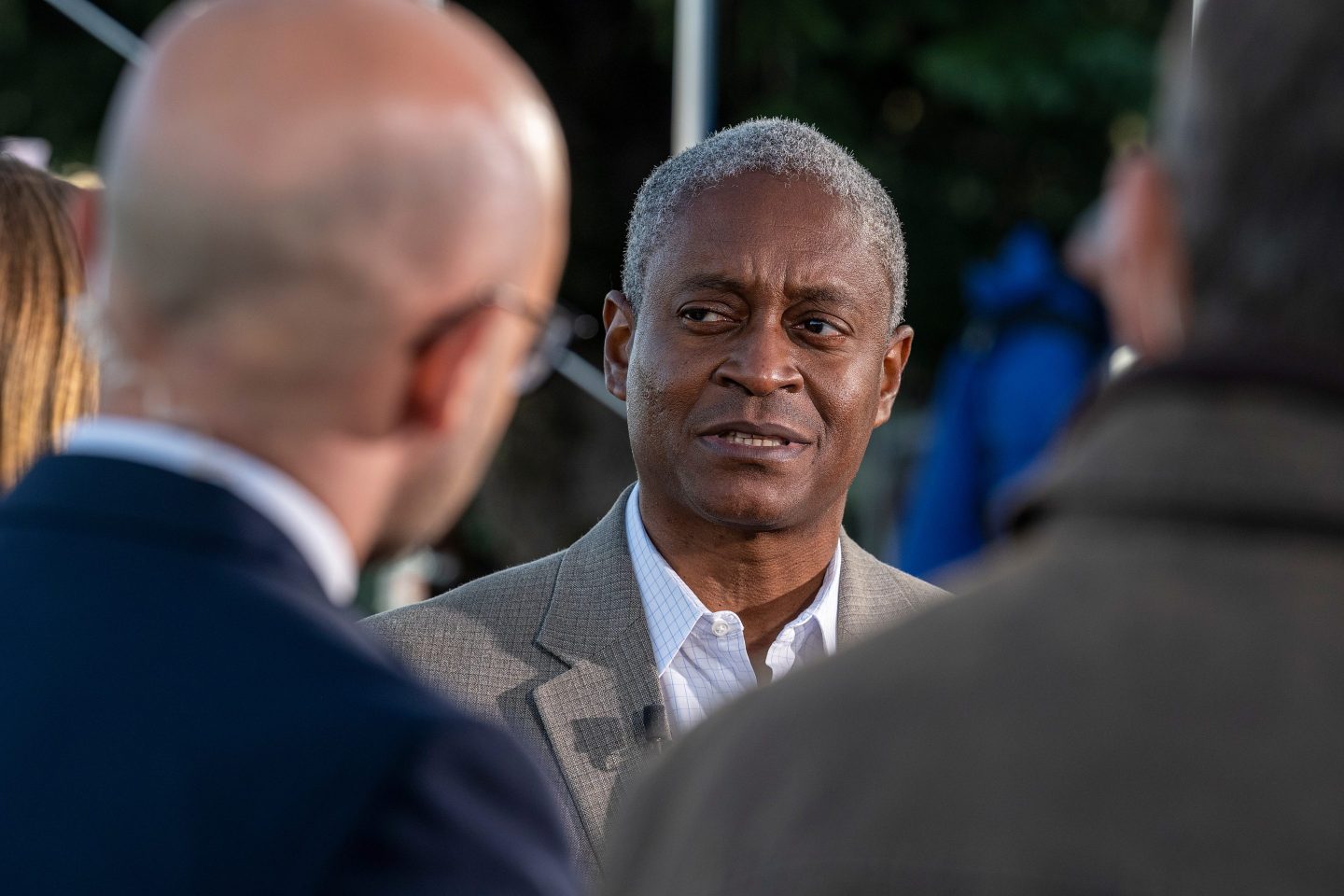 Raphael Bostic, president of the Federal Reserve Bank of Atlanta, has thoughts on achieving a soft landing—and avoiding a recession.
David Paul Morris—Bloomberg via Getty Images

Federal Reserve Bank of Atlanta President Raphael Bostic said he favors slowing the pace of interest rate increases, with no more than 1 percentage point more of hikes, to try to ensure the economy has a soft landing.

“If the economy proceeds as I expect, I believe that 75 to 100 basis points of additional tightening will be warranted,” Bostic said in prepared remarks for a speech in Fort Lauderdale, Florida, on Saturday. “It’s clear that more is needed, and I believe this level of the policy rate will be sufficient to rein in inflation over a reasonable time horizon.”

Bostic’s plan would shift away from 75 basis-point hikes and continue to raise rates to as much as 4.75%-5% over the next several meetings, which he described as a “moderately restrictive landing rate” where the Fed would hold go on hold for an extended period to continue to put downward pressure on prices.

Fed officials lifted interest rates by 75 basis points for the fourth straight time on Nov. 2, bringing the target on the benchmark rate to a range of 3.75% to 4%. Several policy makers have signaled they may consider a 50 basis-point increase when they meet in mid-December, depending on what happens with the economy.

“In terms of pacing, assuming the economy evolves as I expect in the coming weeks, I would be comfortable starting the move away from 75-basis-point increases at the next meeting,” Bostic told the Southern Economic Association annual meeting.

Bostic’s view of around 4.75% to 5% as a peak rate is less aggressive than some of his more hawkish colleagues. St. Louis Fed President James Bullard on Thursday called for rates of at least 5% to 5.25%, showing charts that outlined 5% to 7% as the policy rate that would be recommended using versions of a popular monetary policy guideline.

While Bostic repeated that there are “glimmers of hope” that supply disruptions are easing, he said inflation was a “mixed bag” and there was still more work needed to battle price pressures.

“My baseline outlook is that the macroeconomy will be strong enough that we can tighten policy to that point without causing undue dislocation in output and employment,” Bostic said.

“I do not think we should continue raising rates until the inflation level has gotten down to 2%. Because of the lag dynamics I discussed earlier, this would guarantee an overshoot and a deep recession,” he said.

Bostic said once policy reaches a sufficiently restrictive level, he envisions a lengthy pause in rates rather than a quick reversal, to ensure that inflation didn’t revive in a way similar to the experience of the 1970s. He called for policy makers to “remain purposeful and resolute” until inflation was brought down.

“If it turns out that that policy is not sufficiently restrictive to rein in inflation, then additional policy tightening actions may be appropriate,” Bostic said. “On the other hand, if economic conditions weaken appreciably — for example, if unemployment rises uncomfortably — it will be important to resist the temptation to react by reversing our policy course until it is clear that inflation is well on track to return to our longer-run target of 2%.”