SoftBank boss Masayoshi Son tried to boost his compensation by setting up side-deals at the firm. Now he owes it $4.7 billion 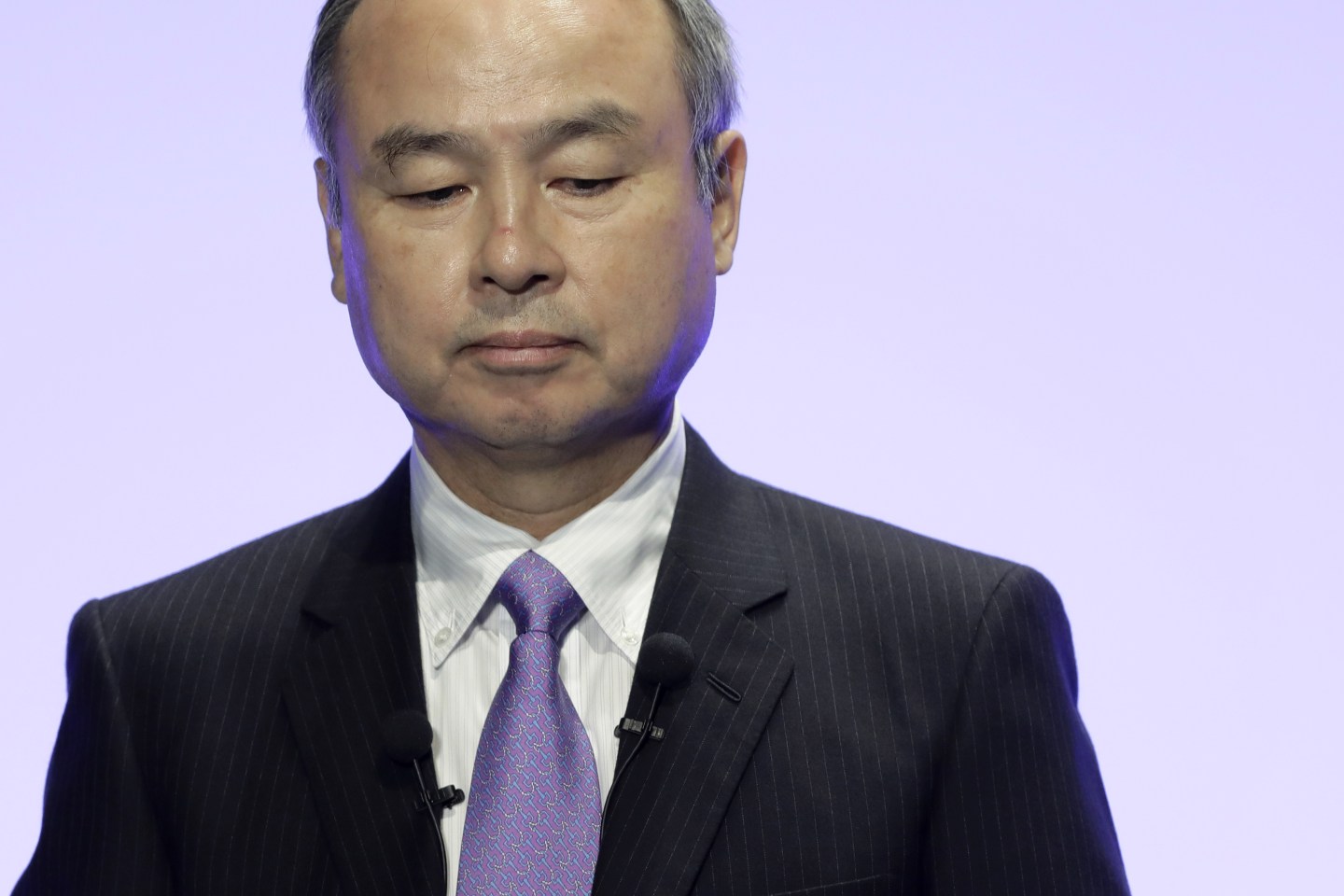 Masayoshi Son is now personally on the hook for about $4.7 billion on side deals he set up at SoftBank Group Corp. to boost his compensation, after mounting losses in the company’s tech portfolio wiped out the value of his interest in the second Vision Fund.

Over the years, the Japanese billionaire’s controversial personal stakes in SoftBank’s investments drew fire from investors, who pointed to the mix of personal and company interests as a corporate governance concern. Son — who holds a more than 30% stake in SoftBank — has denied there was a conflict of interest and said it was remuneration for his investment expertise, in lieu of investment fees.

The move has backfired, enveloping Son’s personal finances in the downside of the world’s biggest tech investor’s bets. Son was down more than $4 billion on his side deals through the June quarter, Bloomberg News reported earlier.

Son last week said he was stepping away leading earnings calls, to focus on preparing chip designer Arm Ltd. for a public listing — an event that would give SoftBank fuel to again pursue new investments. SoftBank will bide its time in a tech winter and pay down its debt, he and his lieutenants said.

SoftBank’s Vision Fund arm posted a $7.2 billion quarterly loss last week, driven by the declining value of portfolio companies such as SenseTime Group Inc., DoorDash Inc. and GoTo Group. The company has been selling off assets to raise cash and shore up its balance sheet, posting gains from selling a chunk of its stake in Alibaba Group Holding Ltd.

“We need to go full-on defense,” SoftBank Chief Financial Officer Yoshimitsu Goto said. “SoftBank is pessimistic on the outlook. We do not yet see the light.”

The 65-year-old Son holds 17.25% of a vehicle set up under SoftBank’s Vision Fund 2 for its unlisted holdings, as well as 17.25% of a unit within its Latin America fund, which also invests in startups. He has a 33% stake in SB Northstar, a vehicle set up at the company to trade stocks and derivatives.

Portfolio losses ratcheted up Son’s deficit to about $2.8 billion from his Vision Fund 2 interest, and $252 million at the Latam fund, according to disclosures for the September quarter. His remaining deficit at SB Northstar was 233.6 billion yen ($1.6 billion). The amount Son owes SoftBank from his interests in Vision Fund 2 and the Latam fund rose about $750 million in the last quarter, according to Bloomberg calculations, confirmed by SoftBank.

Son’s interests in Vision Fund 2 and the Latam fund were structured so the billionaire didn’t pay cash up front for his 17.25% stakes. Son is obligated to pay 3% on the “unpaid equity acquisition amount” until repayment, interest that has been wrapped into his liabilities.

There is no deadline for repayment and the value of Son’s positions could improve in the future, and for SB Northstar, Son has already deposited some cash and other assets. The founder would pay his share of any “unfunded repayment obligations” at the end of the fund’s life, which runs 12 years with a two-year extension.

Son’s net worth stood at $12.7 billion after Thursday’s close, after adjusting for his deficit from his interests in Vision Fund 2 and Latam fund, according to calculations by Bloomberg Billionaires Index.

Shares in SoftBank closed down 3.9%, paring losses that had rocketed the stock to a one-year high last week. Its shares are up 12% from the start of the year.