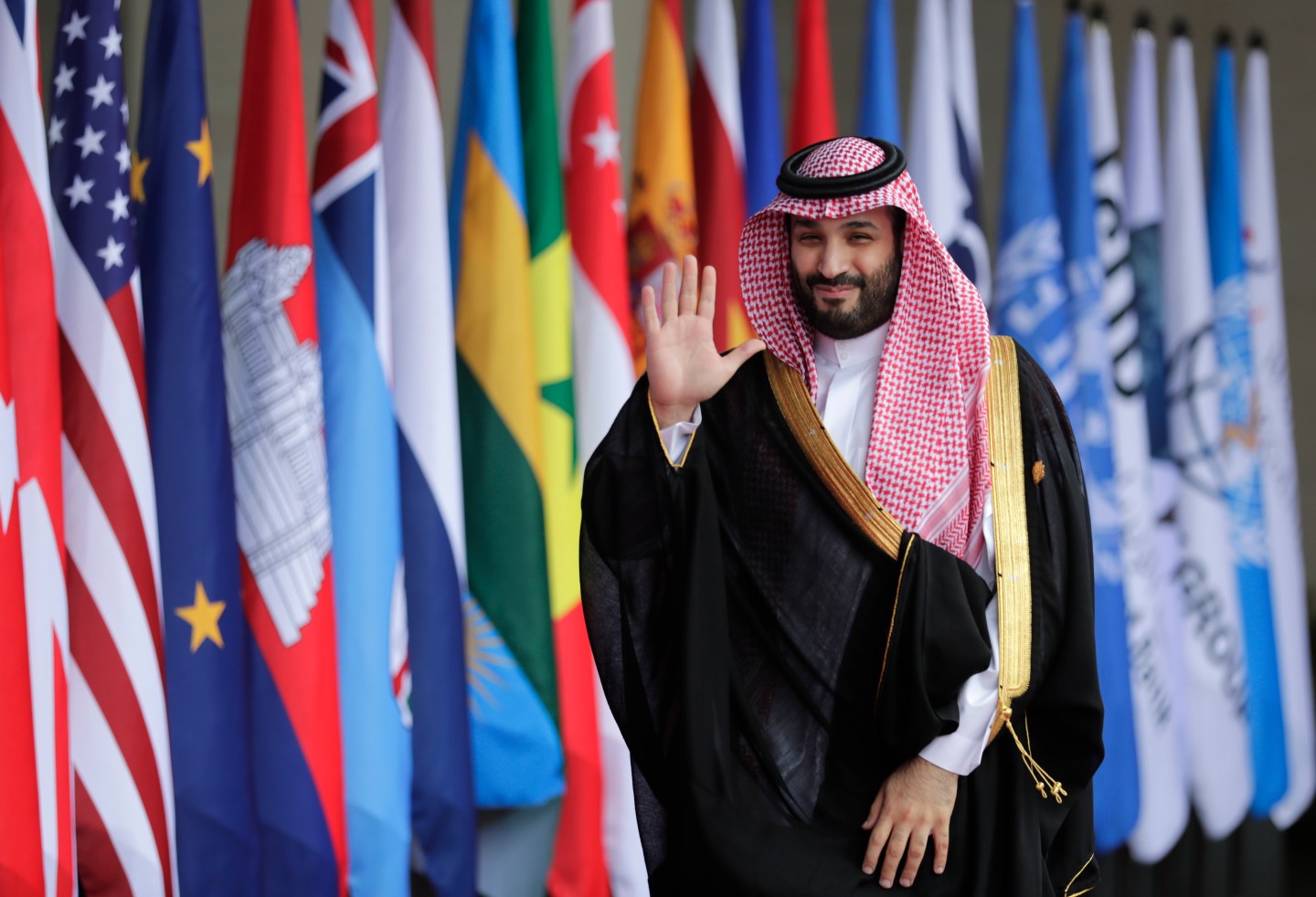 The Biden administration says Saudi Crown Prince Mohammed bin Salman’s high office should shield him from a lawsuit over his role in the killing of a U.S.-based journalist, making a turnaround from Joe Biden’s passionate campaign trail denunciations of the prince over the brutal slaying.

The administration spoke out in support of a claim of legal immunity from Prince Mohammed — Saudi Arabia’s de facto ruler, who also recently took the title of prime minister — against a suit brought by the fiancée of slain Washington Post columnist Jamal Khashoggi and by the rights group Khashoggi founded, Democracy for the Arab World Now.

The U.S. government’s finding of immunity for the Prince Mohammed, sometimes known as MBS, is non-binding, and a judge will ultimately decide whether to grant immunity. But it angered rights activists and risked blowback from Democratic lawmakers. The U.S move came as Saudi Arabia has stepped up imprisonment and other retaliation against peaceful critics at home and abroad and has cut oil production, a move seen as undercutting efforts by the U.S. and its allies to punish Russia for its war against Ukraine.

The State Department on Thursday called the administration’s call to shield the Saudi crown prince from U.S. courts in Khashoggi’s 2018 killing “purely a legal determination.” It cited what it called longstanding precedent.

Despite its recommendation to the court, the State Department said in its filing late Thursday that it “takes no view on the merits of the present suit and reiterates its unequivocal condemnation of the heinous murder of Jamal Khashoggi.”

Saudi officials killed Khashoggi at the Saudi consulate in Istanbul. They are believed to have dismembered him, although his remains have never been found. The U.S. intelligence community concluded Saudi Arabia’s crown prince had approved the killing of the widely known and respected journalist, who had written critically of Prince Mohammed’s harsh ways of silencing of those he considered rivals or critics.

The Biden administration statement Thursday noted visa restrictions and other penalties that it had meted out to lower-ranking Saudi officials in the death.

“From the earliest days of this Administration,the United States Government has expressed its grave concerns regarding Saudi agents’ responsibility for Jamal Khashoggi’s murder,” the State Department said. Its statement did not mention the crown prince’s own alleged role.

Biden as a Democratic presidential candidate vowed to make a “pariah” out of Saudi rulers over the 2018 killing of Khashoggi.

“I think it was a flat-out murder,” Biden said in a 2019 CNN town hall, as a candidate. “And I think we should have nailed it as that. I publicly said at the time we should treat it that way and there should be consequences relating to how we deal with those — that power.”

But Biden as president has sought to ease tensions with the kingdom, including bumping fists with Prince Mohammed on a July trip to the kingdom, as the U.S. works to persuade Saudi Arabia to undo a series of cuts in oil production.

Khashoggi’s fiancée and DAWN sued the crown prince, his top aides and others in Washington federal court over their alleged roles in Khashoggi’s killing. Saudi Arabia says the prince had no direct role in the slaying.

“It’s beyond ironic that President Biden has singlehandedly assured MBS can escape accountability when it was President Biden who promised the American people he would do everything to hold him accountable,” the head of DAWN, Sarah Leah Whitson, said in a statement, using the prince’s acronym.

Biden in February 2021 had ruled out the U.S. government imposing punishment on Prince Mohammed himself in the killing of Khashoggi, a resident of the Washington area. Biden, speaking after he authorized release of a declassified version of the intelligence community’s findings on Prince Mohammed’s role in the killing, argued at the time there was no precedent for the U.S. to move against the leader of a strategic partner.

“It’s impossible to read the Biden administration’s move today as anything more than a capitulation to Saudi pressure tactics, including slashing oil output to twist our arms to recognize MBS’s fake immunity ploy,” Whitson said.

A federal judge in Washington had given the U.S. government until midnight Thursday to express an opinion on the claim by the crown prince’s lawyers that Prince Mohammed’s high official standing renders him legally immune in the case.

The Biden administration also had the option of not stating an opinion either way.

Sovereign immunity, a concept rooted in international law, holds that states and their officials are protected from some legal proceedings in other foreign states’ domestic courts.

Upholding the concept of “sovereign immunity” helps ensure that American leaders in turn don’t have to worry about being hauled into foreign courts to face lawsuits in other countries, the State Department said.

Human rights advocates had argued that the Biden administration would embolden Prince Mohammed and other authoritarian leaders around the world in more rights abuses if it supported the crown prince’s claim that his high office shielded him from prosecution.

Prince Mohammed serves as Saudi Arabia’s de facto ruler in the stead of his aged father, King Salman. The Saudi king in September also temporarily transferred his title of prime minister — a title normally held by the Saudi monarch — to Prince Mohammed. Critics called it a bid to strengthen Mohammed’s immunity claim.