You don’t care as much about climate change if you’re (highly) religious, poll finds 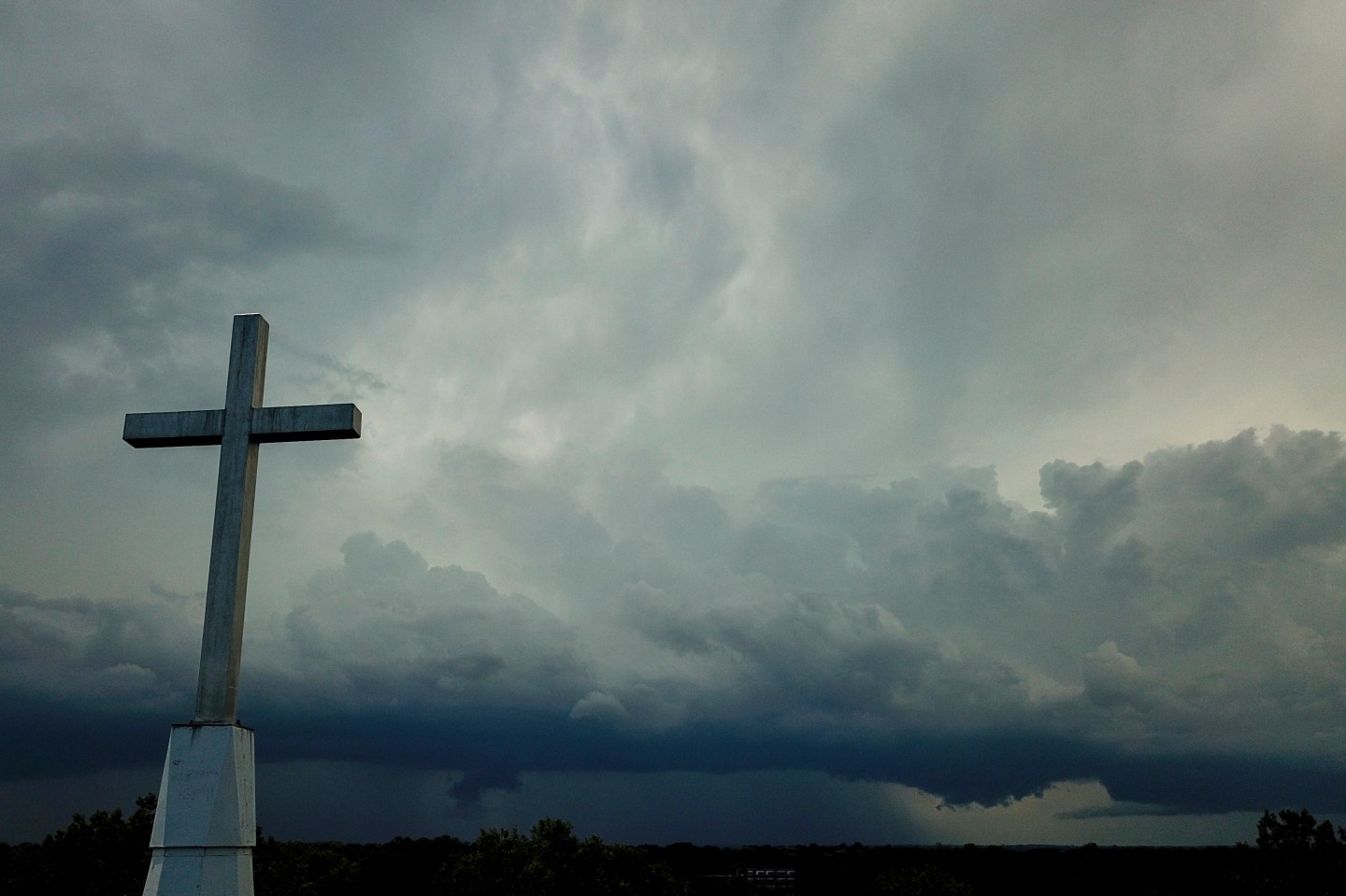 Most adults in the United States — including a large majority of Christians and people who identify with other religions — consider the Earth sacred and believe God gave humans a duty to care for it.

But highly religious Americans — those who pray daily, regularly attend religious services and consider religion crucial in their lives — are far less likely than other U.S. adults to express concern about global warming.

Those are among the key findings in a comprehensive report released Thursday by the Pew Research Center, which surveyed 10,156 U.S. adults from April 11 to April 17. Its margin of error for the full sample of respondents is plus or minus 1.6 percentage points.

The survey says religious Americans tend to be less concerned about climate change for several reasons.

“First and foremost is politics: The main driver of U.S. public opinion about the climate is political party, not religion,” the report says.

“Highly religious Americans are more inclined than others to identify with or lean toward the Republican Party, and Republicans tend to be much less likely than Democrats to believe human activity (such as burning fossil fuels) is warming the Earth or to consider climate change a serious problem.”

Responding to the findings, the Rev. Richenda Fairhurst, steward of climate at the non-profit Circle Faith Future, said the siloed culture in America sows further division instead of inspiring teamwork.

The poll found that about three-quarters (74%) of religiously affiliated Americans say the Earth is sacred. A larger share, (80%), feel a sense of stewardship — and fully or mostly agree with the idea that “God gave humans a duty to protect and care for the Earth, including the plants and animals.”

Religious Americans who show little or no concern about climate change also say “there are much bigger problems in the world, that God is in control of the climate, and that they do not believe the climate is actually changing.”

Many religious Americans are also concerned about the potential consequences of environmental regulations, including the loss of individual freedoms, fewer jobs or increased energy prices, the report says.

The survey also found that two-thirds of U.S. adults who are religiously affiliated say their faith’s scriptures include lessons about the environment, and about four-in-ten say they’ve prayed for the environment in the past year.

The views, the report says, are common across a range of religious traditions.

Three-quarters of both evangelical Protestants and members of historically Black Protestant churches say the Bible includes lessons about the environment. Eight in ten U.S. Catholics and mainline Protestants say the Earth is sacred and so do 77% of non-Christian religions, according to the poll.

But Christians, and more broadly, religiously affiliated Americans, are divided in their views about climate change, the report says.

Those who consider climate change “an extremely or very serious problem” range from 68% of adults who identify with the historically Black Protestant tradition, to 34% of evangelical Protestants.

In none of the major Protestant traditions did a majority say the Earth is getting warmer mostly because of human activity; only 32% of evangelicals felt that way.

The report says the religiously unaffiliated — the fastest-growing group in surveys asking Americans about their religious identity — are much more likely to say that climate change is an extreme or very serious problem (70%) than religiously affiliated Americans (52%).

Commonly known as the “nones,” they describe themselves as atheists, agnostics or “nothing in particular.” The report says they are far more likely to say the Earth is getting warmer mostly because of human-induced activity (66%) than those who are religiously affiliated (47%).

The survey offers clues as to why religious Americans are less likely to care about climate change than those with no religion despite seeing a link between their beliefs and caring for the environment:

• For U.S. congregations, climate change doesn’t seem to be a major focus. The report says that among all U.S. adults who attend religious services at least once or twice per month, only 8% say they “hear a great deal or quite a bit about climate change in sermons.”

• One in five say they hear some discussion of the topic from the pulpit.

• And just 6% of American congregants say they talk about climate change with other people at their congregation a great deal or quite a bit.

Highly religious Americans are also less likely to view inefficient energy practices as morally wrong, the report says. This same pattern is also seen when asked about eating food that takes a lot of energy to produce.

The Rev. Fletcher Harper, an Episcopal priest, and executive director of GreenFaith, a global multi-faith environmental organization based in New York, said he was not surprised by the findings since he doesn’t see culturally and politically conservative Americans prioritizing climate action.

“What this study doesn’t tell us, though, is the role that religion, when utilized effectively, can play in moving people who are concerned but inactive into public action on the climate’s behalf,” Harper said. “This warrants further research so that we can all understand better what positive role religion can play in the fight against climate change.”

Associated Press religion coverage receives support through the AP’s collaboration with The Conversation US, with funding from Lilly Endowment Inc. The AP is solely responsible for this content.