Republicans win a slim House majority, splitting control of Congress and complicating the agendas of both parties 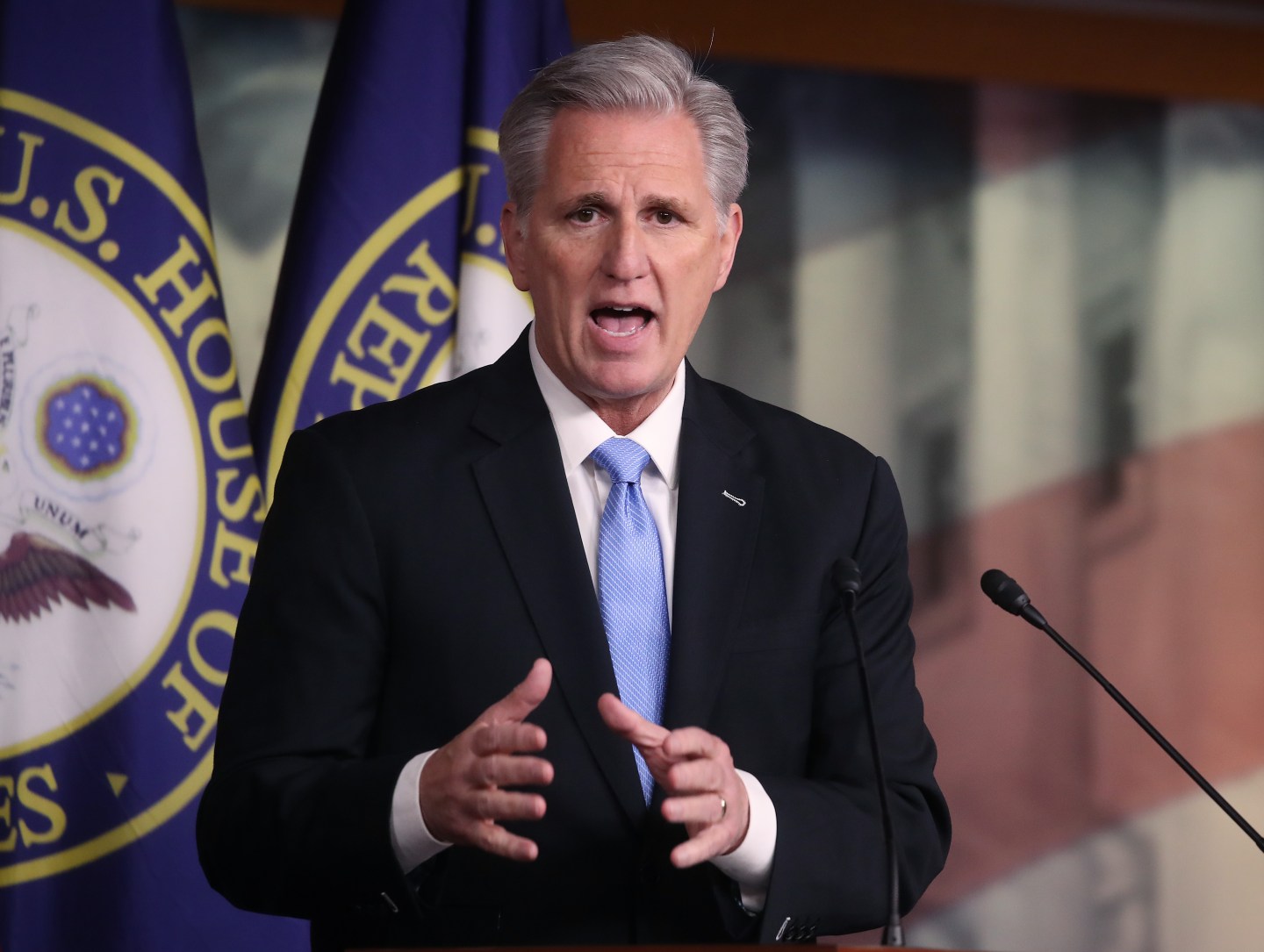 Republicans won control of the U.S. House on Wednesday, returning the party to power in Washington and giving conservatives leverage to blunt President Joe Biden’s agenda and spur a flurry of investigations. But a threadbare majority will pose immediate challenges for GOP leaders and complicate the party’s ability to govern.

More than a week after Election Day, Republicans secured the 218th seat needed to flip the House from Democratic control. The full scope of the party’s majority may not be clear for several more days — or weeks — as votes in competitive races are still being counted.

But they are on track to cobble together what could be the party’s narrowest majority of the 21st century, rivaling 2001, when Republicans had just a nine-seat majority, 221-212 with two independents. That’s far short of the sweeping victory Republicans predicted going into this year’s midterm elections, when the party hoped to reset the agenda on Capitol Hill by capitalizing on economic challenges and Biden’s lagging popularity.

Instead, Democrats showed surprising resilience, holding on to moderate, suburban districts from Virginia to Minnesota and Kansas. The results could complicate House GOP leader Kevin McCarthy’s plans to become speaker as some conservative members have questioned whether to back him or have imposed conditions for their support.

The narrow margins have upended Republican politics and prompted finger-pointing about what went wrong. Some in the GOP have blamed Donald Trump for the worse-than-expected outcome. The former president, who is expected to announce a third White House bid Tuesday, lifted candidates during this year’s primaries who struggled to win during the general election.

Despite the GOP’s underwhelming showing, the party will still have notable power. Republicans will take control of key committees, giving them the ability to shape legislation and launch probes of Biden, his family and his administration. There’s particular interest in investigating the overseas business dealings of the president’s son Hunter Biden. Some of the most conservative lawmakers have raised the prospect of impeaching Biden, though that will be much harder for the party to accomplish with a tight majority.

Any legislation that emerges from the House could face steep odds in the Senate, where Democrats won the barest of majorities Saturday. Both parties are looking to a Dec. 6 Senate runoff in Georgia as a last chance to pad their ranks.

With such a slim majority in the House, there’s also a potential for legislative chaos. The dynamic essentially gives an individual member enormous sway over shaping what happens in the chamber. That could lead to particularly tricky circumstances for GOP leaders as they try to win support for must-pass measures that keep the government funded or raise the debt ceiling.

The GOP’s failure to notch more wins — they needed a net gain of five seats to take the majority — was especially surprising because the party went into the election benefiting from congressional maps that were redrawn by Republican legislatures. History was also on Republicans’ side: The party that holds the White House had lost congressional seats during virtually every new president’s first midterm of the modern era.

The new majority will usher in a new group of leaders in Washington. If elected to succeed House Speaker Nancy Pelosi in the top post, McCarthy would lead what will likely be a rowdy conference of House Republicans, most of whom are aligned with Trump’s bare-knuckle brand of politics. Many Republicans in the incoming Congress rejected the results of the 2020 presidential election, even though claims of widespread fraud were refuted by courts, elections officials and Trump’s own attorney general.

McCarthy won the nomination for House speaker on Tuesday, with a formal vote to come when the new Congress convenes in January.

“I’m proud to announce the era of one-party Democrat rule in Washington is over,” McCarthy said after winning the nomination.

Republican candidates pledged on the campaign trail to cut taxes and tighten border security. GOP lawmakers also could withhold aid to Ukraine as it fights a war with Russia or use the threat of defaulting on the nation’s debt as leverage to extract cuts from social spending and entitlements — though all such pursuits will be tougher given how small the GOP majority may end up being.

As a senator and then vice president, Biden spent a career crafting legislative compromises with Republicans. But as president, he was clear about what he viewed as the threats posed by the current Republican Party.

Biden said the midterms show voters want Democrats and Republicans to find ways to cooperate and govern in a bipartisan manner, but also noted that Republicans didn’t achieve the electoral surge they’d been betting on and vowed, “I’m not going to change anything in any fundamental way.”

AP VoteCast, a broad survey of the national electorate, showed that high inflation and concerns about the fragility of democracy had heavily influenced voters. Half of voters said inflation factored significantly, with groceries, gasoline, housing, food and other costs that have shot up in the past year. Slightly fewer — 44% — said the future of democracy was their primary consideration.

Counter to the GOP’s expectations, Biden didn’t entirely shoulder the blame for inflation, with close to half of voters saying the higher-than-usual prices were more because of factors outside his control. And despite the president bearing criticism from a pessimistic electorate, some of those voters backed Democratic candidates.

Overall, 7 in 10 voters said the high court’s ruling overturning the 1973 decision enshrining abortion rights was an important factor in their midterm decisions. VoteCast also showed the reversal was broadly unpopular. About 6 in 10 say they are angry or dissatisfied by it. And roughly 6 in 10 say they favor a law guaranteeing access to legal abortion nationwide.