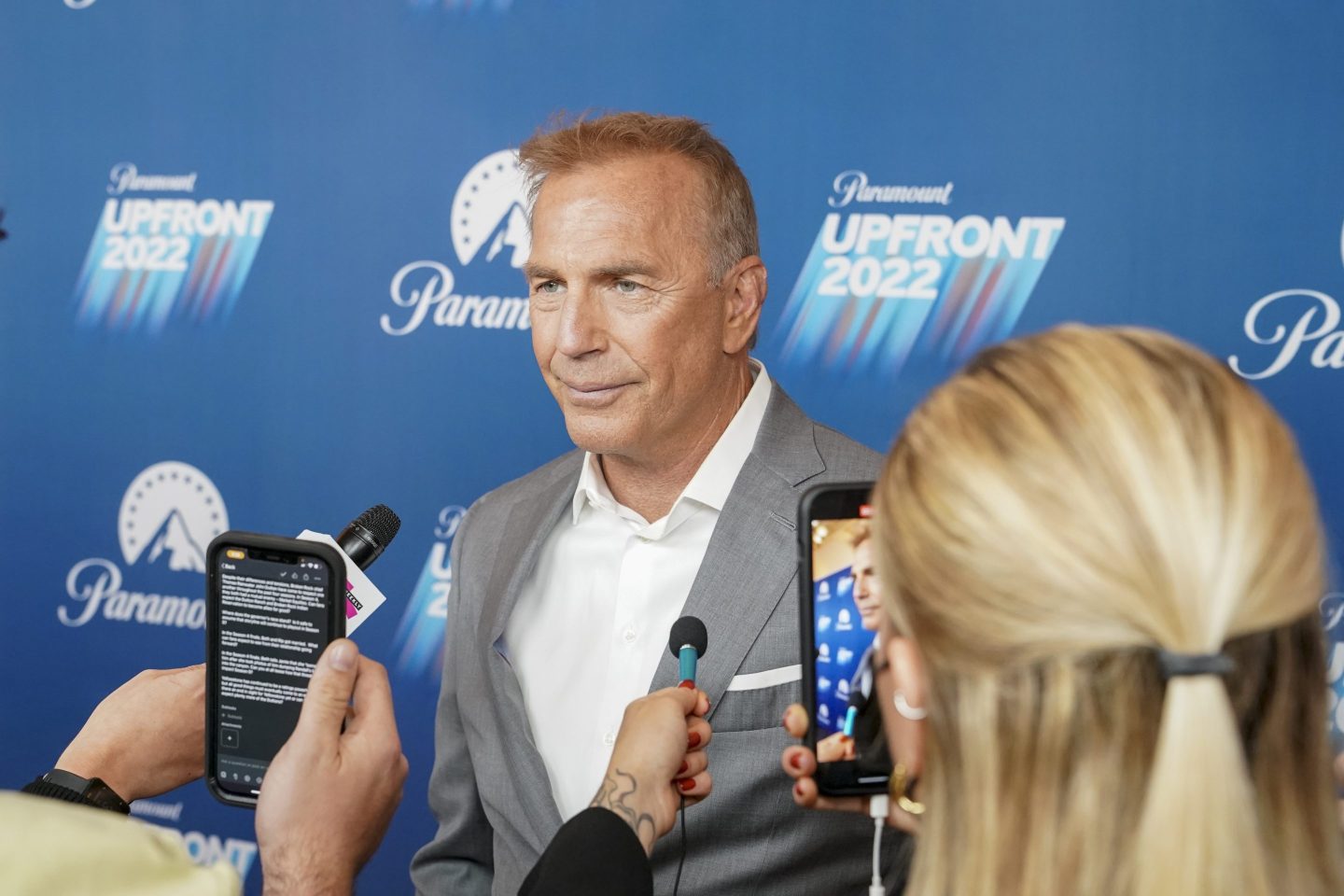 Kevin Costner’s Paramount epic “Yellowstone” reached 12.1 million viewers for the opening night of its fifth season on Sunday, the most popular scripted series episode so far in the new television season, the Nielsen company said.

That it was a cable network series — instead of a big broadcaster like CBS, NBC or ABC — makes the achievement that much more impressive.

The total viewership involved a little trickery: the show simultaneously aired on Viacom networks CMT, TV Land and Pop, and there were some same-day reruns. Even with that, there were 9.4 million viewers who saw the premiere episode on Paramount alone.

“We’ve been able to create a show that didn’t start out being popular but did it on its own terms,” Costner said in a recent interview with The Associated Press.

“Yellowstone” is one of the most appointment viewing-friendly shows on television now, in part because it appeals to an older audience more used to watching TV in a traditional way, said Josef Adalian, West Coast editor of New York magazine’s Vulture.com.

“People want to watch it and they want to watch it now,” Adalian said. It also proves the enduring popularity of the Western as a genre and, in some respects, it’s surprising there haven’t been copycats.

The show is overwhelmingly popular in red states. States with Republican governors — topped by Texas — watch “Yellowstone” three times as much as states with Democratic governors, according to Philo, a live TV streaming service.

No scripted series on a broadcast network has reached more than 8 million same-day viewers this season, although audiences usually increase when delayed viewing is taken into account.

While “Yellowstone” is a huge success for Paramount, the company is also making money for a corporate rival. Streaming rights for previous seasons of the series are owned by Comcast’s Peacock service, because the Paramount+ streaming outlet did not exist when they were up for grabs.

Fox News Channel was the most popular cable network, averaging 3.15 million viewers in prime time. ESPN had 2.19 million, MSNBC had 1.66 million, Paramount had 1.58 million and Hallmark had 1.23 million.

For the week of Nov. 7-13, the most popular prime-time programs, their networks and viewership: