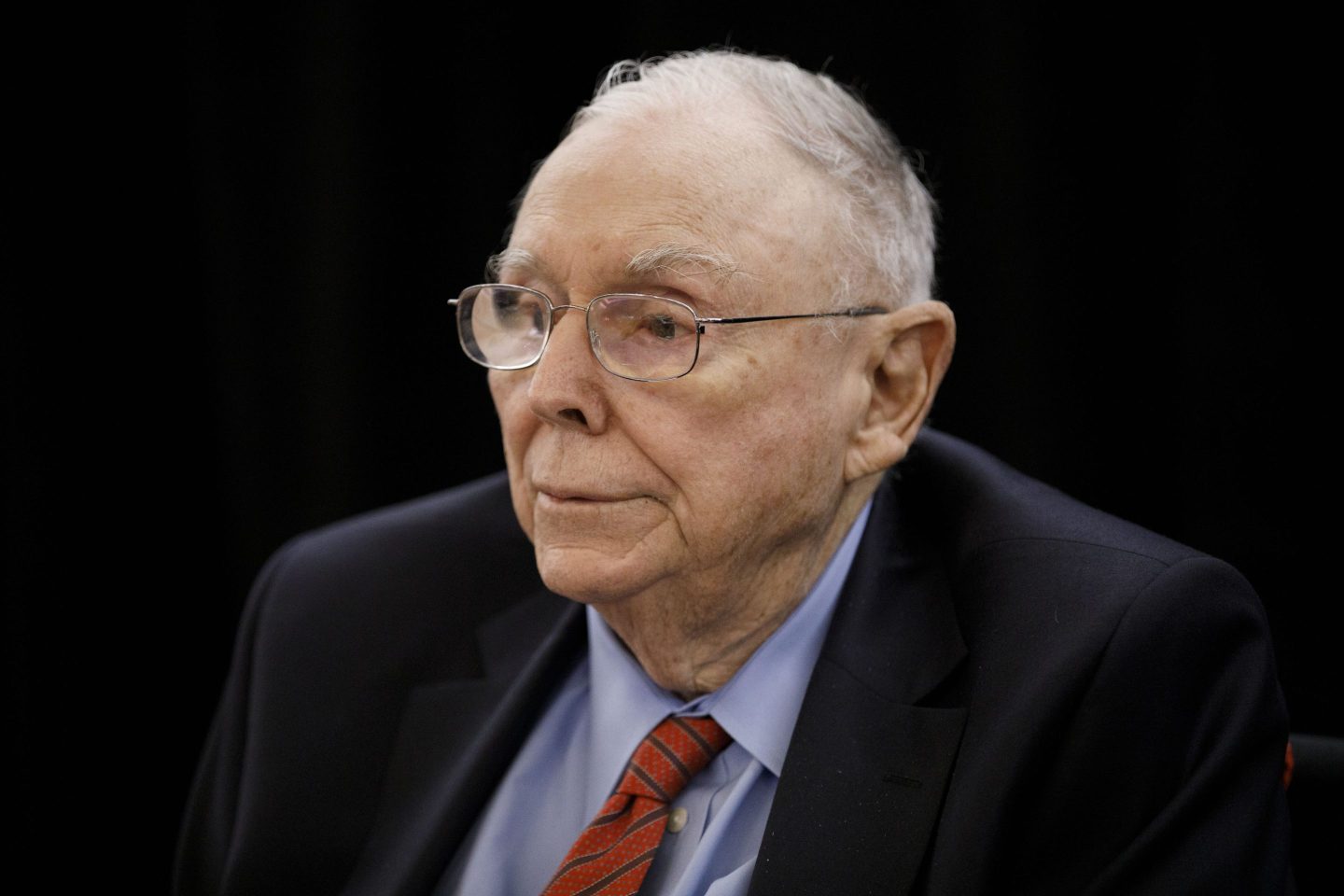 Charlie Munger has never been shy to share his feelings about Bitcoin, but with the spectacular implosion of FTX in the past week, the vice chairman of Berkshire Hathaway is ratcheting up his criticisms in a big way.

“This is a very, very bad thing. The country did not need a currency that was good for kidnappers,” Munger said. “There are people who think they’ve got to be on every deal that’s hot. I think that’s totally crazy. They don’t care whether it’s child prostitution or bitcoin.”

FTX has warned that it could have over 1 million creditors in an updated bankruptcy filing, a breathtaking jump from the initial estimate of over 100,000. Bitcoin prices, meanwhile, have lost 74% of their value in the past year (and tokens are worth just half of what they were in May).

Munger said that combination of fraud and delusion was to blame.

“Good ideas, carried to wretched excess, become bad ideas,” he said. “Nobody’s gonna say I got some shit that I want to sell you. They say—it’s blockchain!”

The criticisms, while amped-up, are nothing new for Munger, who has long been a skeptic of digital currencies, saying he has saw no value or potential in them.

“In my life, I try to avoid things that are stupid and evil and make me look bad…and bitcoin does all three,” he said in April. “In the first place, it’s stupid because it’s still likely to go to zero. It’s evil because it undermines the Federal Reserve System…and third, it makes us look foolish compared to the Communist leader in China. He was smart enough to ban bitcoin in China.”

He has also likened it to “rat poison” and a “venereal disease.”