Legal marijuana boosters look ahead to Oklahoma, Ohio and beyond 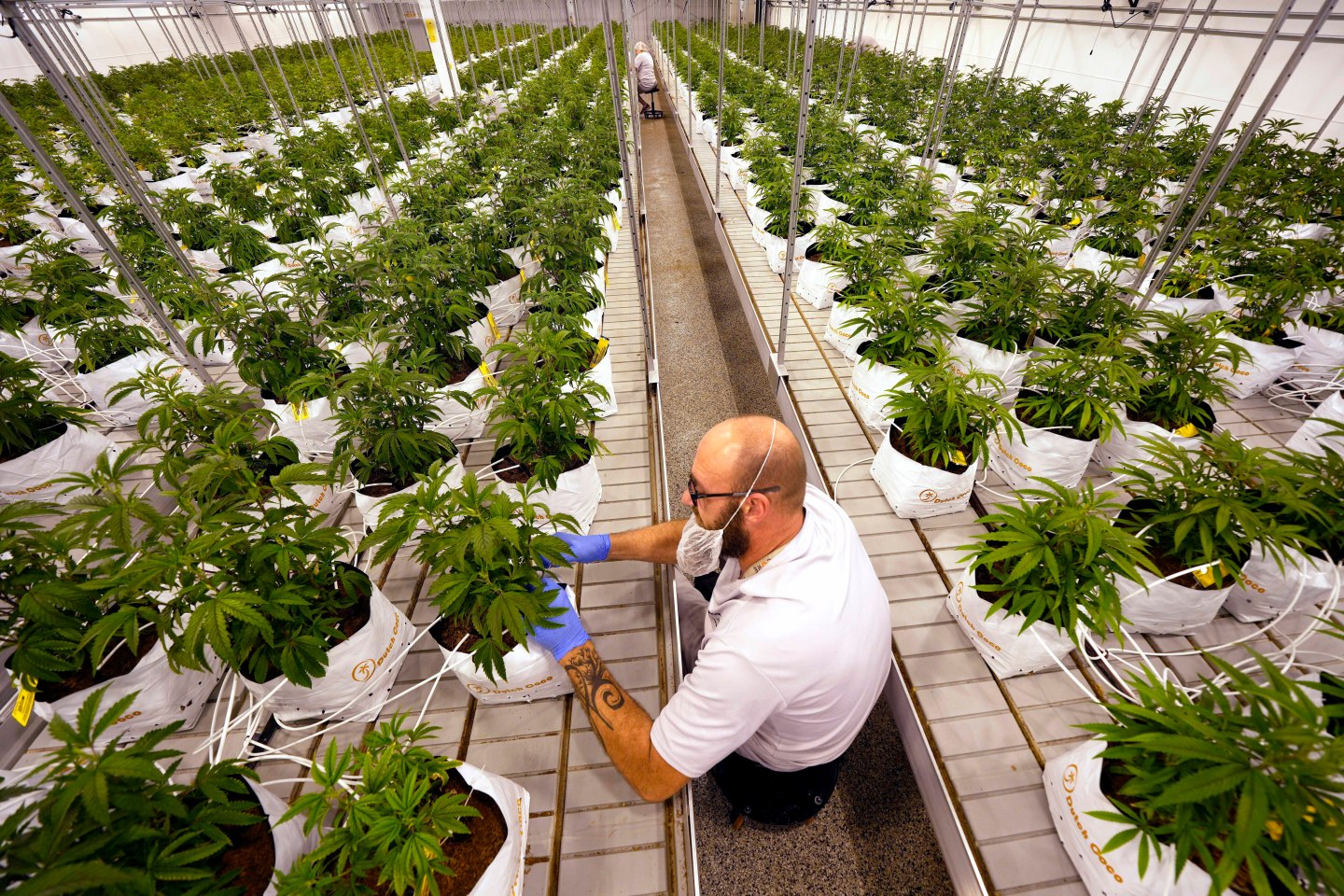 Law-abiding marijuana enthusiasts could find themselves in a bit of a predicament following voter approval of a recreational cannabis initiative in Missouri.

Though it soon will become legal for adults to possess and ingest cannabis, it could take a couple more months before they can legally buy it.

Maryland residents will have to wait even longer — until the middle of next year — before a recreational marijuana measure approved this past week can take effect.

With the addition of Maryland and Missouri, 21 states have legalized recreational marijuana for adults over the past decade — even though it remains illegal under federal law.

Efforts to legalize psychedelic drugs for personal use also appear likely to spread, after supporters poured millions of dollars into a Colorado measure that won approval.

Here’s a look at what’s next in the effort to reshape state drug laws.

Recreational marijuana for adults 21 and older will become legal in Missouri on Dec. 8. That’s the same day the state’s existing medical marijuana businesses can apply for licenses to grow, manufacture, transport and sell cannabis for recreational purposes.

But there won’t be any immediate deals — at least not legally.

In the meantime, people potentially could get free marijuana from those with medical cards or turn to the black market.

“No one needs to say how or where they acquired their cannabis in order for it to be legal,” said Dan Viets, Missouri coordinator for the drug policy group NORML.

Maryland’s new constitutional amendment legalizes the possession and use of marijuana for adults 21 and older effective July 1, and directs the General Assembly to come up with laws regulating it.

In the meantime, a law set to be in place from Jan. 1 through June 30 makes the possession of a personal supply of marijuana — defined as up to 1.5 ounces — a civil offense with a fine of up to $100.

Both states also have provisions to gradually expunge some past marijuana offenses for people.

The next vote on legalizing recreational marijuana for adults will occur in Oklahoma. Republican Gov. Kevin Stitt set a March election after a delay in counting initiative signatures and legal challenges prevented the measure from appearing on the November ballot.

Oklahoma already has one of the nation’s most robust medical marijuana programs, with about 2,500 licensed dispensaries. About 380,000 people, nearly 10% of all residents, have state-issued medical cards allowing them to buy, grow and consume marijuana.

After Oklahoma, Ohio could vote next on cannabis legalization. A group that originally sought to get a measure on the November ballot reached a legal settlement with legislative leaders that could allow supporters to submit petition signatures for a 2023 vote.

After Democratic victories in last week’s legislative and gubernatorial elections, Minnesota could be poised to legalize recreational marijuana next year without needing to go to voters. Legislative approval of recreational marijuana also could be pursued next year in Democratic-led Hawaii, said Matthew Schweich, deputy director of the Marijuana Policy Project, a nonprofit advocacy group based in Washington, D.C.

This year was “probably the worst election cycle for cannabis reform since the first ones passed in 2012, but there’s still a belief that we can go win more states in 2024,” said Schweich, who ran this year’s campaign in South Dakota.

Marijuana legalization campaigns raised about $24 million in the five states where they were on the ballot, according to pre-election finance reports. The vast majority of that was in Arkansas and Missouri, where more than 85% of contributions came from donors associated with medical marijuana licensees, according to an Associated Press analysis.

In Arkansas, some marijuana advocates opposed the initiative because it benefitted the existing industry while lacking provisions for people to grow their own cannabis and expunge past marijuana convictions. But advocates hope to return to voters in two years with a revised plan.

“I think the people still truly want to see this,” said Eddie Armstrong, chairman of the group that campaigned for the Arkansas initiative.

Voters in Colorado made it the second state, behind Oregon, to legalize psychedelic mushrooms for personal use by people 21 and older.

Though the hallucinogenic drug remains illegal under federal law and won’t be sold in Colorado stores, it will be available for use under supervision at state-regulated “healing centers.” Residents also will be able to grow psychedelic mushrooms at home and use them without civil or criminal penalties.

The initiative won’t take effect until 2024. By then, similar legalization efforts already may have spread to other states.

The Colorado measure is “at the forefront of a new trend,” said Mandy Zoch, who tracks ballot measures at the National Conference of State Legislatures. “I wouldn’t be surprised if we saw more measures relating to things like psilocybin and other psychedelic drugs in the future.”

After spending more than $4 million on the Colorado initiative, New Approach expects donors concerned about veterans and mental health issues to step forward with more money for future initiatives.

“I think that we are at the beginning of a very hopeful period of expanding options for dealing with mental health. That’s what this is all about,” Boyd said.