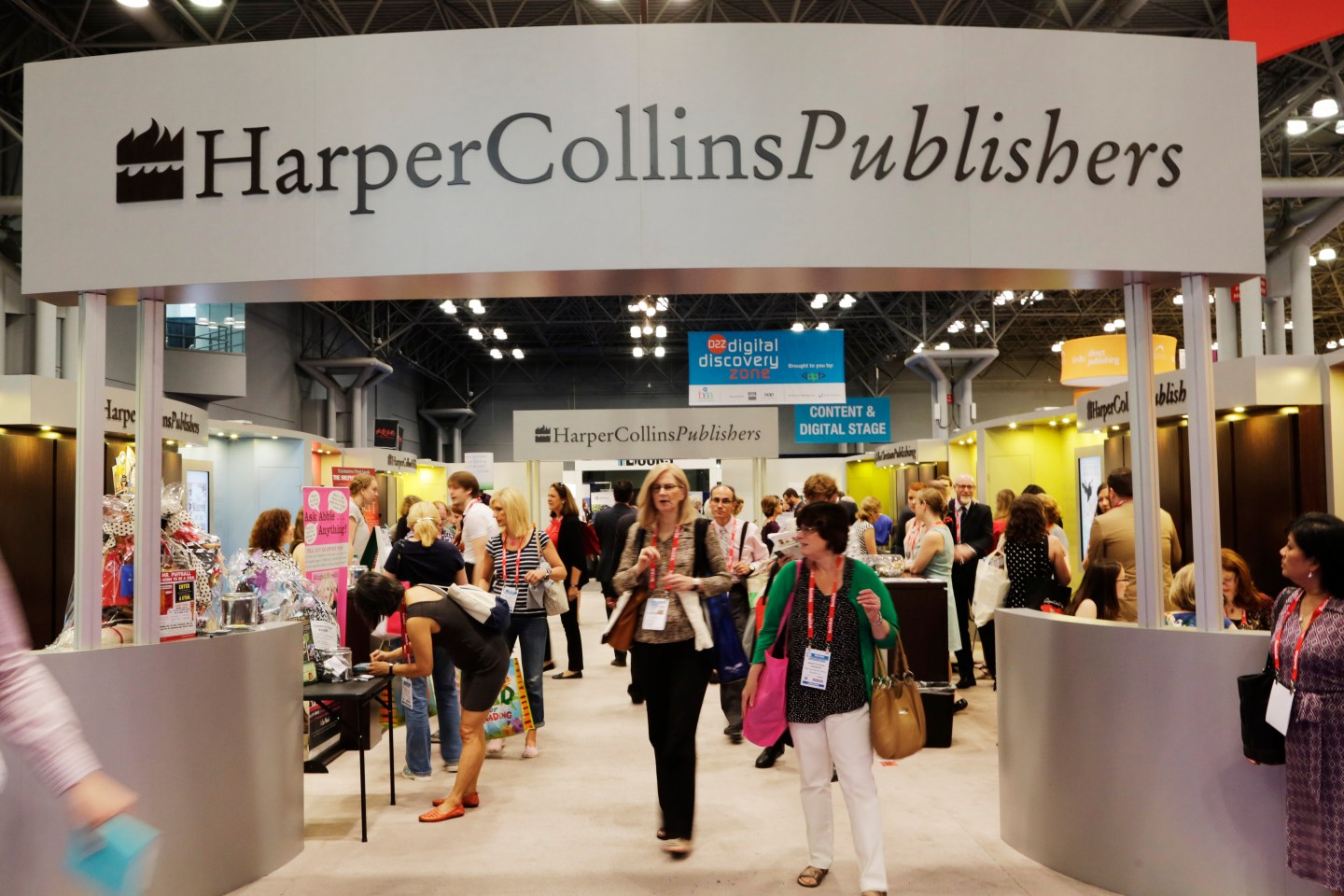 Some 250 copy editors, marketing assistants and other employees at HarperCollins Publishers went on strike Thursday, with the two sides differing over wages and benefits, diversity policy and union protection. It was a rare work stoppage in book publishing, where HarperCollins is the only company among the industry’s so-called “Big Five” to have a labor union.

“We feel really good about we’re doing and the spirit we’re doing it with,” said Carly Katz, an audio coordinator at HarperCollins and one of more than 100 striking staff members who picketed outside of the publisher’s offices in downtown Manhattan.

“We feel like this is the kind of action we need to take to make things happen,” said Parrish Turner, an editorial assistant in the children’s division of HarperCollins.

The HarperCollins union, Local 2110 of the United Auto Workers, struck for one day last summer and this time plans to stay out indefinitely until an agreement is reached. Employees had been working without a contract since April.

“HarperCollins has agreed to a number of proposals that the United Auto Workers Union is seeking to include in a new contract,” a HarperCollins spokesperson said in a statement. “We are disappointed an agreement has not been reached and will continue to negotiate in good faith.”

No new negotiations are currently scheduled.

The strikers represent a small percentage of HarperCollins’ worldwide personnel, which totals around 4,000. The publisher is owned by Rupert Murdoch’s News Corp. and earlier this fall laid off a “small number” of employees, citing cost management and uncertainly about the publishing market. This week, News Corp. reported an 11 percent drop in sales for HarperCollins during the fiscal first quarter, citing the strong U.S. dollar and warehousing issues at Amazon.com as factors.

In recent years, entry- and mid-level employees throughout publishing have been increasingly vocal on social media about their unhappiness with wages, workloads and diversity. Book publishing has long been a predominantly white, low-paying industry, and starting salaries remain below $50,000 at many companies, making it increasingly difficult for staffers to afford to live in New York City.

Numerous authors and agents have expressed support for the union. Tara Gonzalez of the Erin Murphy Literary Agency tweeted that she would send no submissions to HarperCollins until an agreement was reached. During the walkout in July, Neil Gaiman noted that he was published by HarperCollins in the U.S. and tweeted “I hope that the terrific people working there, who get my books made and onto the shelves, succeed in their demands.”

In a company memo sent last week and since widely circulated, Zandra Magariño, the publisher’s senior vice president for personnel, wrote that “While our goal remains to reach agreement on a fair contract with the United Auto Workers Union that is beneficial to both parties, HarperCollins has implemented plans to ensure that operations continue uninterrupted during a potential strike.”

Union representation at HarperCollins long precedes the ownership of Murdoch, who purchased what was then Collins and Harper & Row in the 1980s. In 1974, employees at Harper & Row went on strike for 2 1-2 weeks before agreeing to a new contract.

While few publishers have unions, organizing efforts have grown sharply at independent bookstores around the country, with employees citing the pandemic as making them more sensitive to working conditions. Moe’s Books in Berkeley, California and McNally Jackson stores in New York City are among the sellers whose staffers have formed or joined unions.