California accuses 3M, Dupont and 16 other companies of covering up emissions of ‘forever chemicals’ 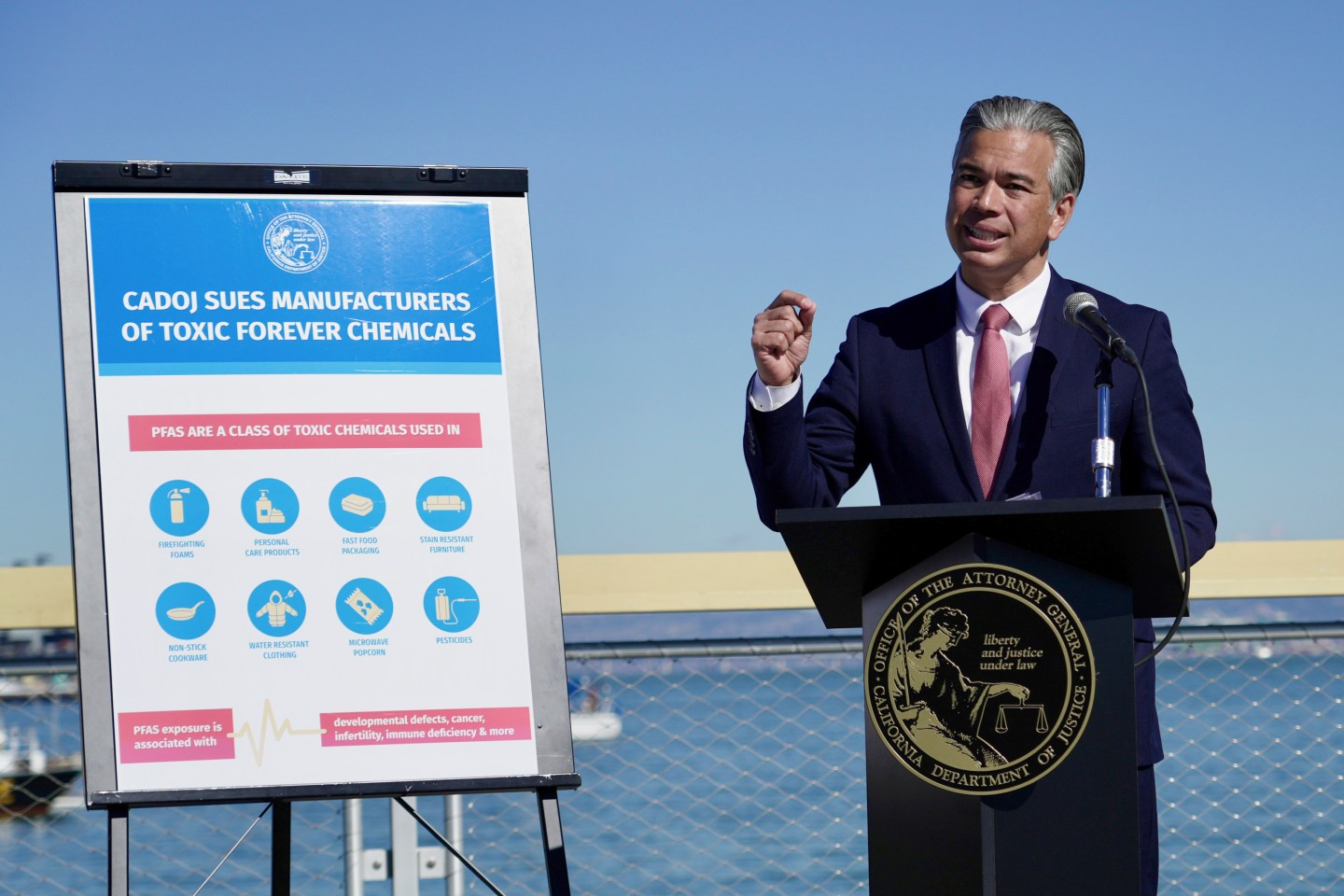 A lawsuit filed Thursday by the state of California accuses 3M, Dupont and 16 smaller companies of covering up the harm caused to the environment and the public from chemicals manufactured by the firms that have over decades found their way into waterways and human bloodstreams.

Attorney General Rob Bonta announced the lawsuit against the manufacturers of compounds that have been used in consumer goods and industry since the 1940s. The chemicals are found in firefighting foams, nonstick frying pans, cleaning sprays, water-repellent sports gear, stain-resistant rugs, cosmetics and countless other products.

Bonta said these so-called forever chemicals are so strong that they do not degrade or do so only slowly in the environment and remain in a person’s bloodstream indefinitely.

The companies knew for decades that the chemicals are “toxic and harmful to human health and the environment, yet they continued to produce them for mass use and concealed their harms from the public,” Bonta said.

He said the court action comes following a multiyear investigation that found the companies marketed products containing PFAS, short for polyfluoroalkyl substances, despite knowing they cause cancer, developmental defects, reduced bone density and other health problems.

Minnesota-based 3M said in a statement after the court filing that it “acted responsibly in connection with products containing PFAS and will defend its record of environmental stewardship.”

Dupont, based in Delaware, said the company as it now exists should not have been named in the lawsuit.

The lawsuit, filed in Alameda County, is the first statewide legal action over PFAS contamination.

It alleges violations of state consumer protection and environmental statutes and invokes a federal law that establishes a path to recoup the costs of cleaning up hazardous substances in soil and water.

Bonta estimated penalties and cleanup costs sought by the lawsuit would reach hundreds of millions of dollars.

U.S. manufacturers have voluntarily phased out compounds such as PFAS, but there are a limited number of ongoing uses and the chemicals remain in the environment because they do not degrade over time.

The federal Environmental Protection Agency in June invited states and territories to apply for $1 billion under the new bipartisan infrastructure law to address PFAS and other contaminants in drinking water. Money can be used for technical assistance, water quality testing, contractor training and installation of centralized treatment, officials said.

The EPA warned then that the chemicals are more dangerous than previously thought and pose health risks even at levels so low they cannot currently be detected.